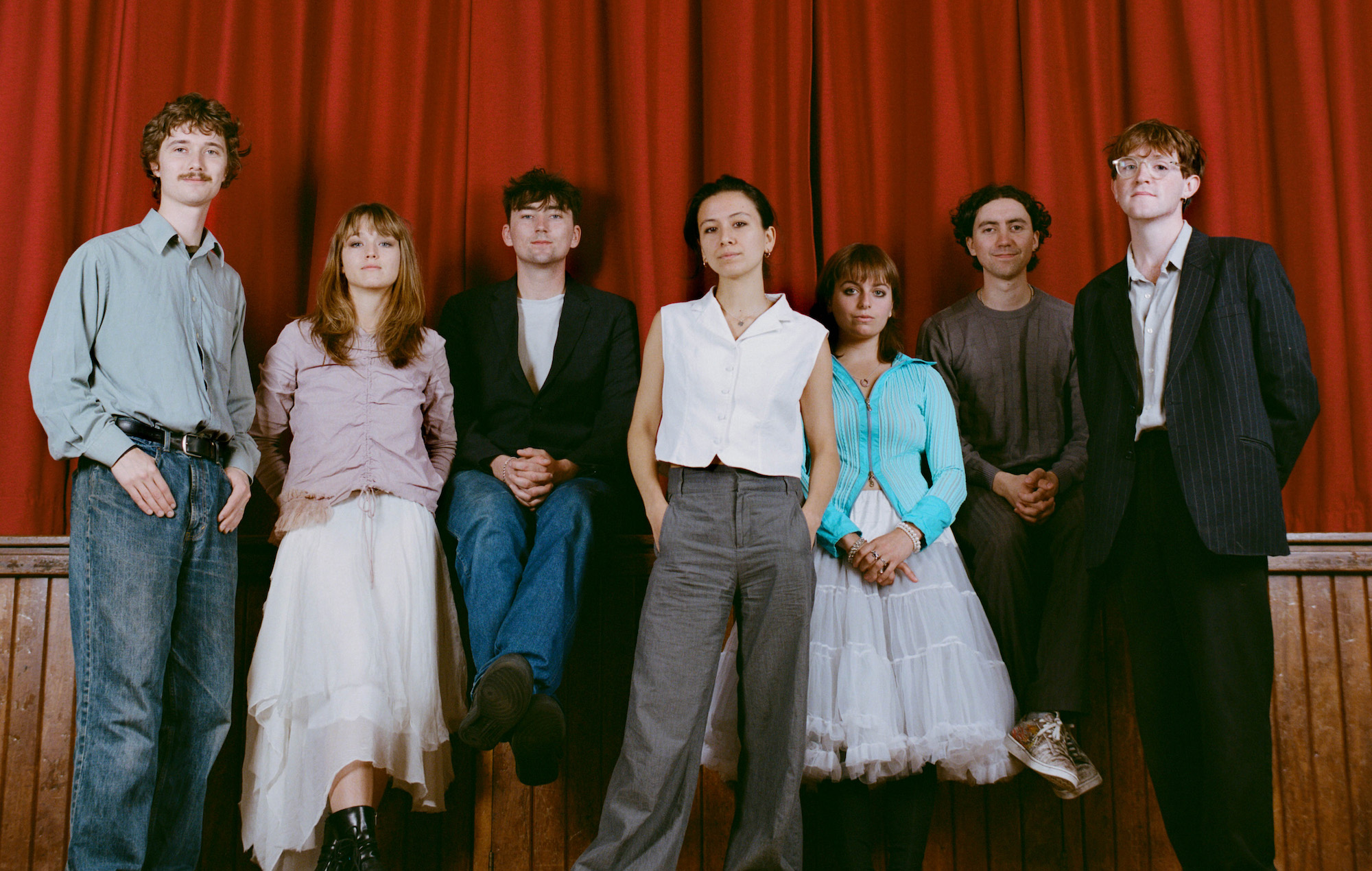 Black Country, New Road have shared an experimental new single titled ‘Bread Song’, landing as the latest preview of their forthcoming second album ‘Ants From Up There’.

In a press release, frontman Isaac Wood said the new track was inspired by Steve Reich’s legendary work ‘Music For 18 Musicians’, and in particular “a piece where a bar length is determined by the breadth of the clarinet player”, in which “they just play until they run out of breath”.

“I wanted to try that with the whole band,” Wood said, “where we don’t look at each other, we don’t make too many cues, we just try and play without time – but together.”

While a steady pace is established later in the song, the first passages of ‘Bread Song’ are loose and flow naturally, carried by the emotive weight of Wood’s pensive stream of consciousness. Over a gentle guitar melody, he opens the first verse: “Okay, well I just woke up / And you already don’t care / That I tried my best to hold you / Through the headset that you wear.”

Listen to ‘Bread Song’ below:

‘Bread Song’ is the second track to be shared from ‘Ants From Up There’ following ‘Chaos Space Marine’ earlier in the month. The album – a follow-up to 2020’s Mercury Prize-nominated ‘For The First Time’ – is set for release on February 4, 2022 via Ninja Tune.

‘Ants From Up There’ was recorded at Chale Abbey Studios on the Isle Of Wight, with longtime collaborator Sergio Maschetzko tracking it with the band.

Upon its announcement, bassist Tyler Hyde enthused: “We were just so hyped the whole time. It was such a pleasure to make. I’ve kind of accepted that this might be the best thing that I’m ever part of for the rest of my life. And that’s fine.”


The album will drop amid a lengthy stint of UK shows for the band, with 23 shows lined up between now and next April. The run will include their largest headliner to date at London’s Roundhouse, set for Tuesday, February 8.

Tickets and details for all dates can be found on Black Country, New Road’s website.