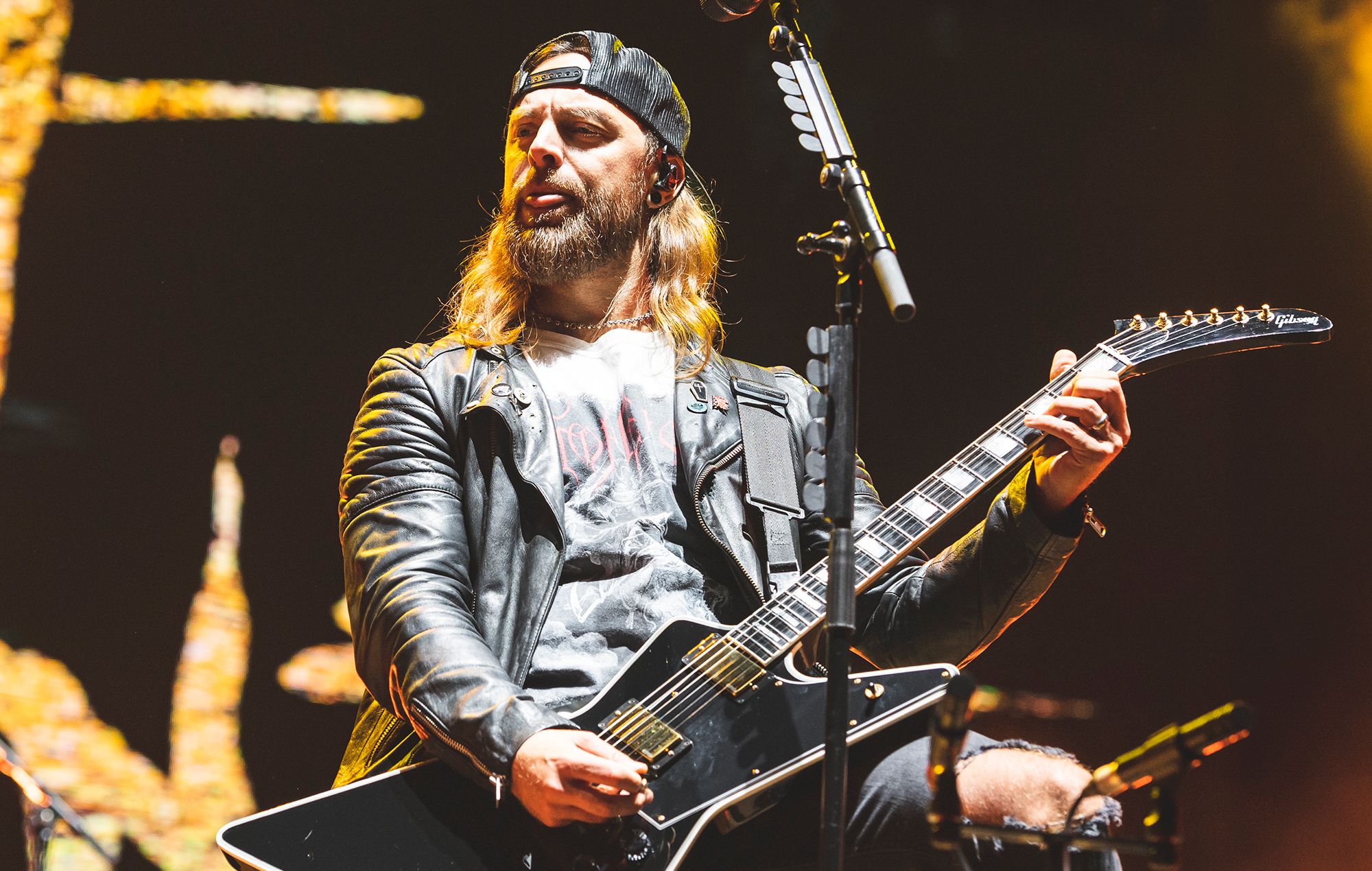 Bullet For My Valentine have returned with ‘No More Tears To Cry’, the latest preview of an upcoming deluxe reissue of their self-titled 2021 album.

In a statement, the band described ‘No More Tears To Cry’ as “a dark but colourful story about dealing with mental health struggles”. They also noted that it’s “very different from the other tracks on the album and has a lot of surprises on there”, with one particular anomaly being the inclusion of slide guitar.

Have a listen to ‘No More Tears To Cry’ below:

‘No More Tears To Cry’ comes as the third new song shared from Bullet’s self-titled reissue, following the release of ‘Omen’ back in April and ‘Stitches’ in May. The record itself is due out on August 5 via Spinefarm, and will also feature the previously unreleased tracks ‘Step Out From The Inside’  and ‘This Means War’ – find pre-orders here.

Bullet For My Valentine initially released their self-titled album last November – it was due out a month earlier, but got knocked back due to manufacturing delays – with singles including ‘Knives’, ‘Parasite’ and ‘Rainbow Veins’. Fans in the UK will be able to hear tracks from it live next year, with a 10-date tour kicking off in February – see all the details for that here.

Earlier this year, Bullet For My Valentine took part in the 2022 Merch For Good fundraiser, raising funds to help provide tailored social and practical aid to young adults as they live with, through and beyond cancer. They, alongside bands like Glass Animals, Blossoms, The Snuts and The Cure, designed and donated a line of exclusive T-shirts with all profits going to the cause.