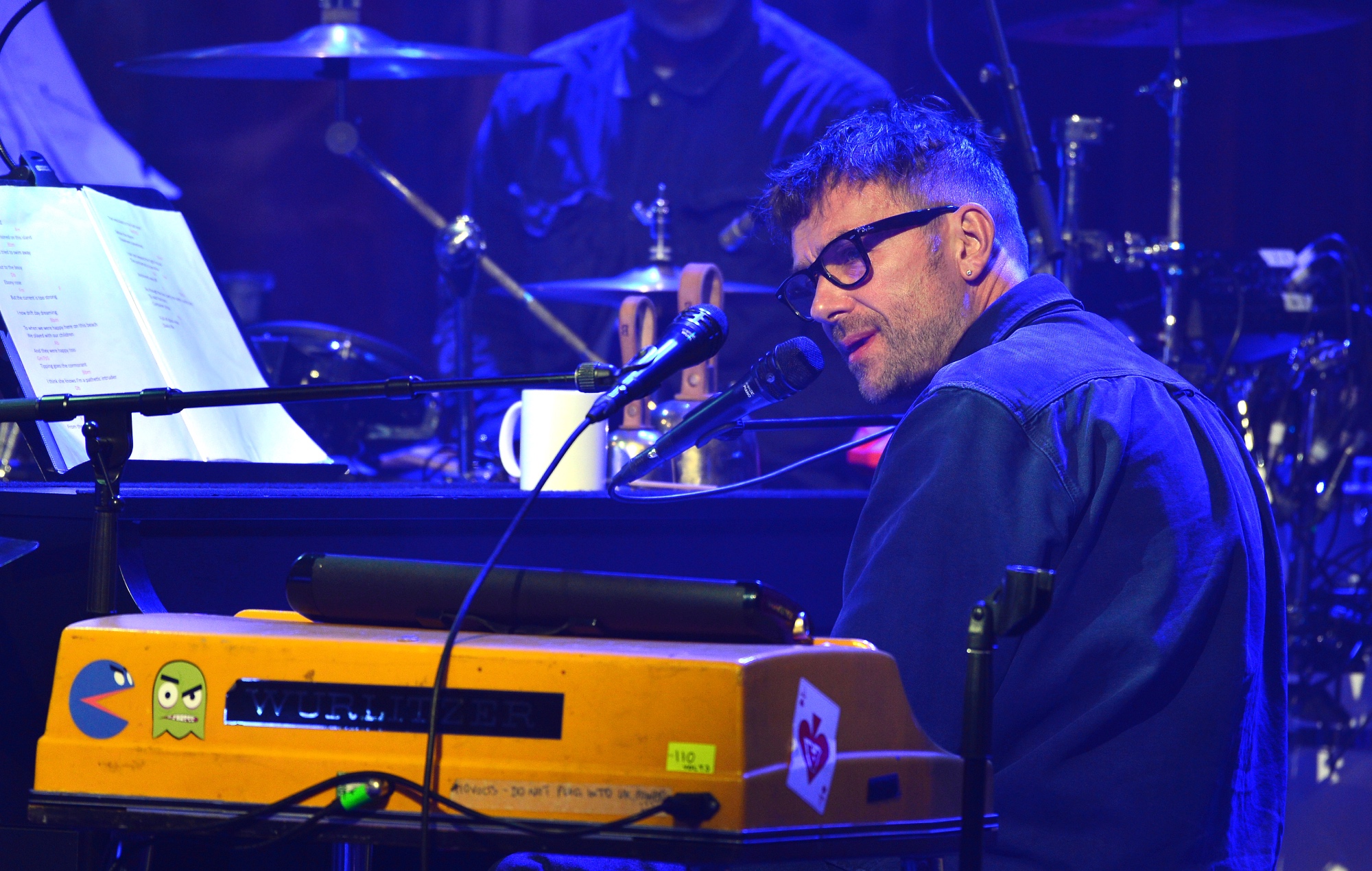 Damon Albarn delivered a piano-led cover of The Human League‘s ‘Don’t You Want Me’ during a BBC live session last night (November 10).

The Blur and Gorillaz frontman performed a special ‘Sofa Session’ on Jo Whiley’s Radio 2 show in support of his new solo album, ‘The Nearer The Fountain, More Pure The Stream Flows’, which arrives tomorrow (November 12).

“I love The Human League,” Albarn explained of his decision to take on the 1981 classic. “Although, a disclaimer: when it should go really high I don’t because I don’t have the range.”

Elsewhere, Albarn offered up a stripped-back rendition of Blur’s ‘Beetlebum’. “I was gonna do ‘Country House’ but I couldn’t make it miserable enough,” he joked. “However hard I tried.”

You can listen to the full session here.

So far, Albarn has shared five songs from ‘The Nearer The Fountain…’: its title track, ‘Polaris’, ‘Particles’, ‘Royal Morning Blue’ and most recently ‘The Tower Of Montevideo’ – all of which came with accompanying performance videos.

The musician will showcase the record next month on a ‘Special Piano Tour’, which includes concerts in York, Norwich, Newcastle, Glasgow and Coventry.

Speaking to NME ahead of the album’s release, Albarn said the project was conceptualised as a way to lift him out of the “storms” of the outside world and the ongoing coronavirus pandemic.


“I just felt like the beginning of this year was so grim and I had to do something to lift me out of those, I wouldn’t call doldrums, but storms – those terrible north wind storms that you get down by the sea in Devon sometimes,” he explained.