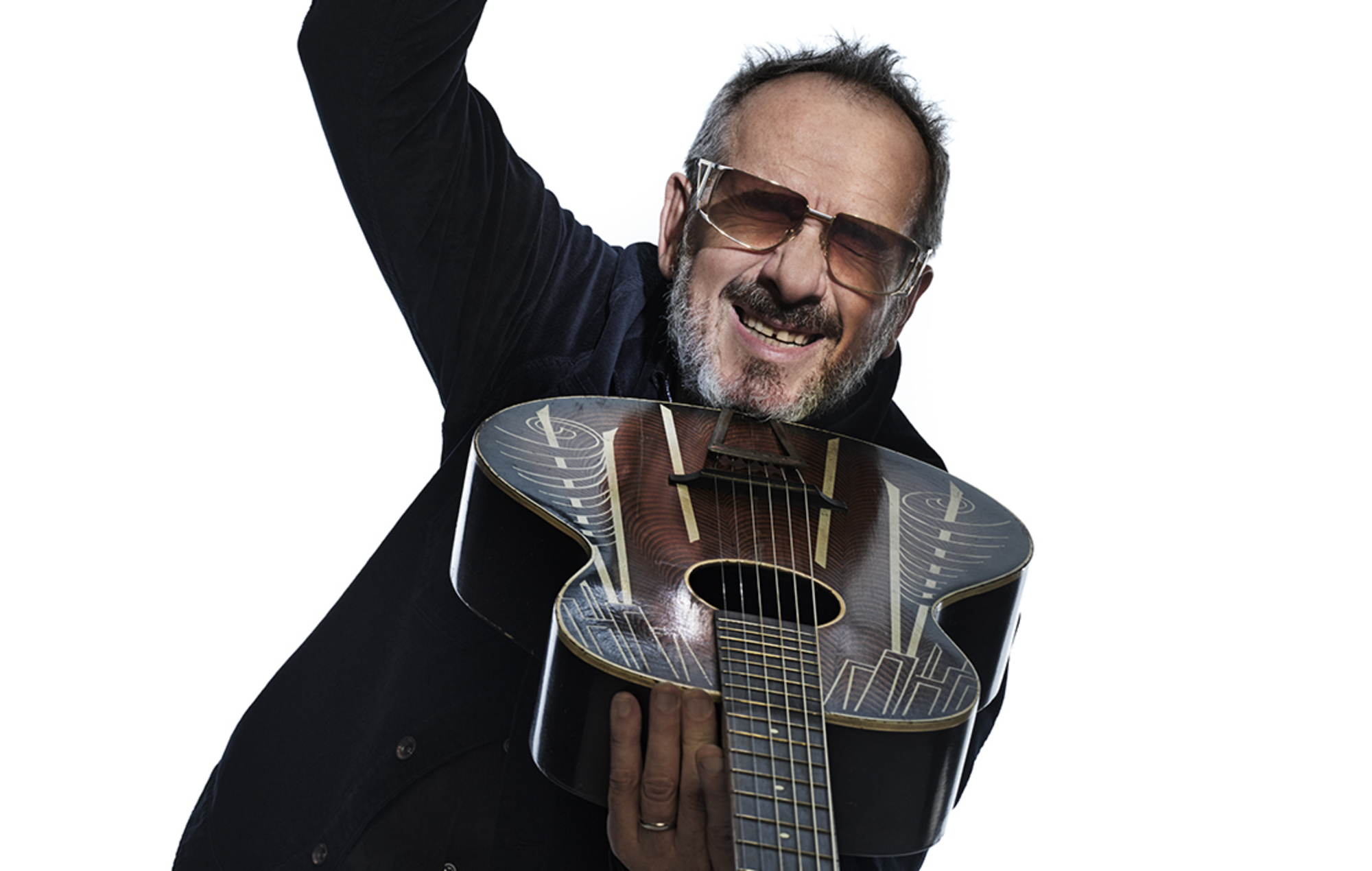 Elvis Costello And The Imposters have shared a brand new track titled ‘Farewell, OK’ – you can listen to it below.

The energetic new single is the third preview of Costello’s upcoming album ‘The Boy Named If’, which is set to arrive next Friday (January 14). It follows the tracks ‘Magnificent Hurt’ and ‘Paint The Red Rose Blue’.

“Like a lot of good rock and roll songs this began with a drummer down in a basement and a singer howling outside the backdoor”, Costello said in a statement. “It’s a blurred gaze, a drink too much, an accidental punch and a kiss goodnight all in the tumult of a dancehall.”

You can listen to ‘Farewell, OK’ below:

Costello described his new album as a collection of songs that “take us from the last days of a bewildered boyhood to that mortifying moment when you are told to stop acting like a child – which for most men (and perhaps a few gals too) can be any time in the next fifty years”.

Produced by Sebastian Krys and Costello, and released on EMI, ‘The Boy Named If’ – the full title of which is actually said to be ‘The Boy Named If (And Other Children’s Stories)’ – will arrive on CD, vinyl, cassette, download, streaming, and a numbered and signed, 88-page “Hardback Storybook Edition”. Fans can pre-order the album here.

Costello and the band recently announced that they’ll be heading out on a UK tour in support of the new album. ‘The Boy Named If’ tour kicks off at the Brighton Dome on June 5, 2022 before wrapping up at London’s Hammersmith Eventim Apollo on June 23. Charlie Sexton will also join Costello and co. on the 13-date tour.


Support comes from Ian Prowse, who will be performing songs from his upcoming album ‘One Hand On The Starry Plough’.