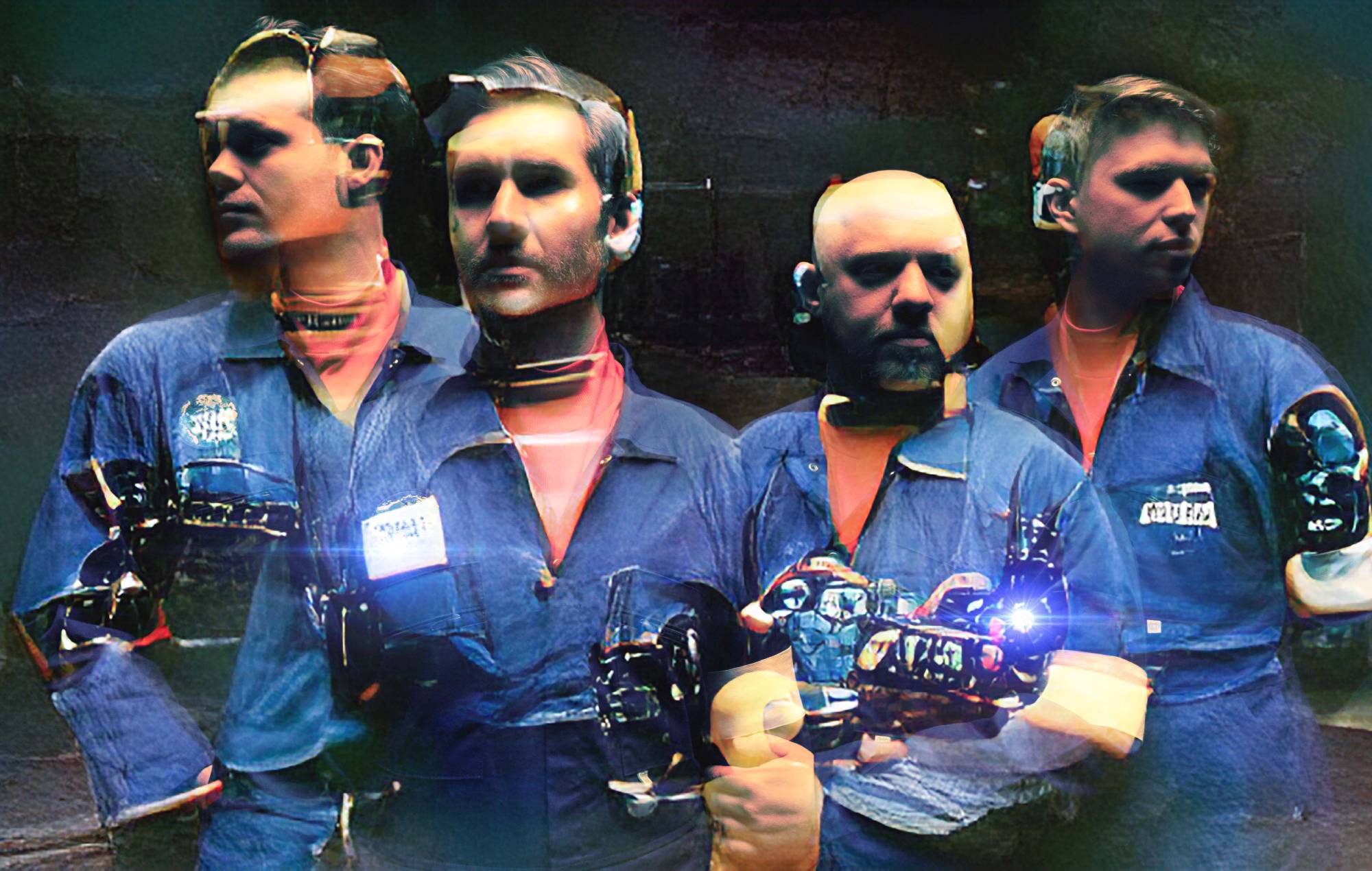 Everything Everything have today (March 10) shared an experimental new song – you can listen to ‘Teletype’ below.

The single is taken from upcoming new album, ‘Raw Data Feel’, which will be released on May 20. You can pre-order the album here.

Explaining the meaning behind ‘Teletype’ and its visuals, which were created by frontman Jonathan Higgs, the band said: “This song began in a very experimental way, with Alex and Jon sampling voice and guitar then putting it through a process that randomised each chord in a chaotic and glitchy rhythm.

“A very direct song, straight from the heart, with a fresh new openness that we felt was a good scene-setting for the record.”

“The video consists of human faces that were completely generated by AI, singing the song. It also includes several grotesque experiments that didn’t work, where the machine thought it was making a person but failed.”

You can watch the song’s new video here:

The group have used A.I. to help them create some of the songs on the new album. They created a programme using “the entire terms and conditions of LinkedIn, the ancient epic poem Beowulf, 400,000 4Chan forum posts and the teachings of Confucius,” according to a statement.

The result has helped to form the album’s lyrics, artwork and aesthetic.

Alongside the new album drop, the group are releasing a new limited-edition lyric book called CAPS LOCK ON: Lyrics + Debris 2007-2022, via Faber Music. This will also arrive on May 20.

It’s described as “a full-colour, hardback edition presenting the lyrics to all songs released by the band including b-sides, rarities and new album Raw Data Feel” and a “treasure trove of previously unseen images featured alongside the lyrics, including behind-the-scenes archive material of notebooks, chord sheets, set lists and photos.”

Everything Everything also recently shared details of new UK tour dates for 2022, rescheduling their planned spring 2021 UK and Ireland tour by a year.

See the new dates below.