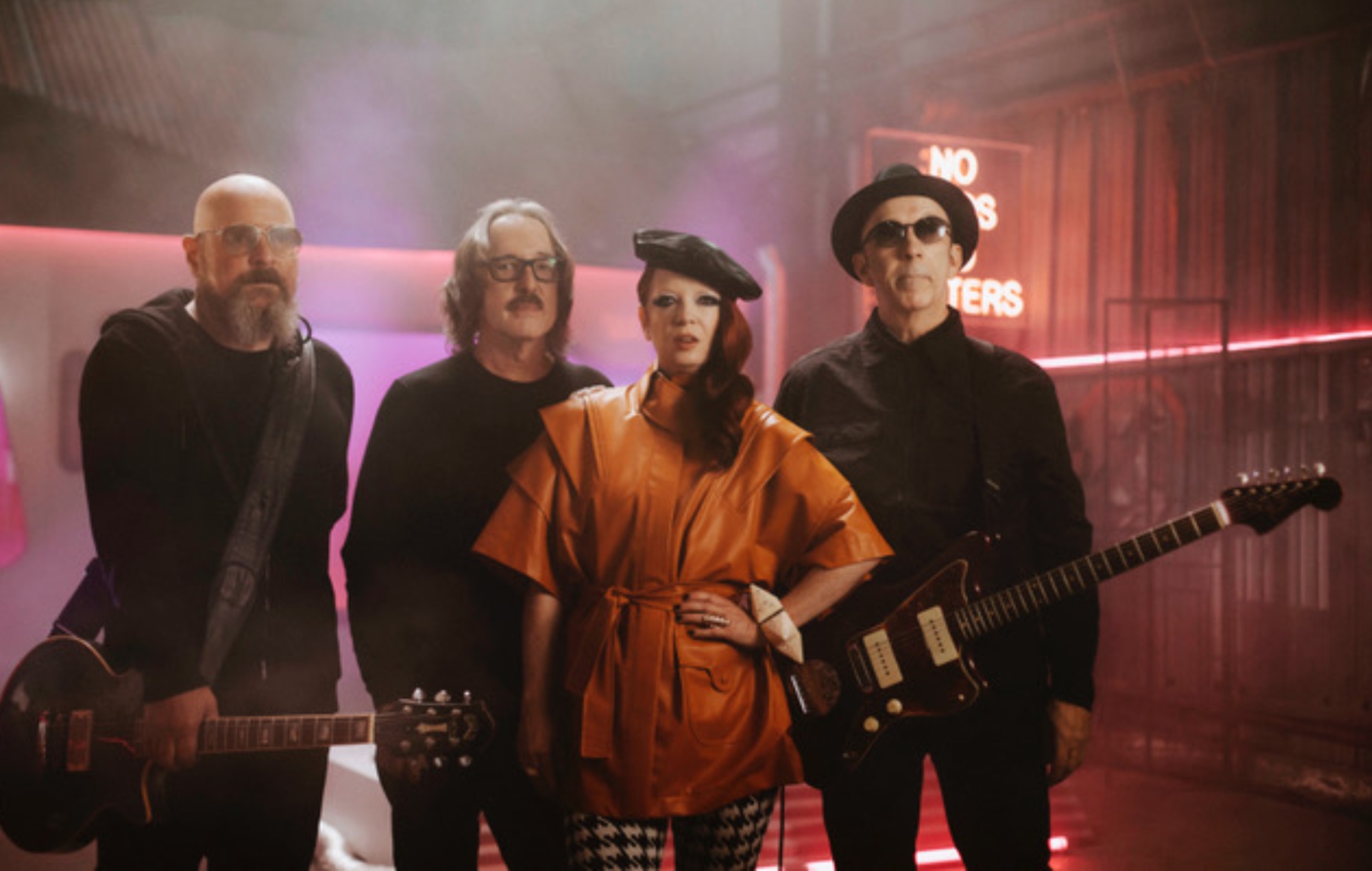 Listen to Garbage’s synthy new single ‘No Gods No Masters’

Garbage have shared a new track called ‘No Gods No Masters’ – you can listen to it below.

The song follows on from last month’s single ‘The Men Who Rule The World’, and is the title track of the Shirley Manson-led band’s forthcoming seventh album (due for release on June 11).

Speaking about the synth-infused latest cut, frontwoman Manson explained that it’s about “re-imagining our society for the future, for our children and not making the same mistakes over and over again and allowing greed to corrupt our thinking”.

You can watch the official ‘No Gods No Masters’ video below:

Following on from 2016’s ‘Strange Little Birds’, the Billy Bush-produced new record delves into themes of “capitalism, lust, loss and grief”. Other track titles include ‘The Creeps’, ‘A Woman Destroyed’, ‘Wolves’ and ‘Flipping The Bird’.

Manson said of the album: “It was our way of trying to make sense of how fucking nuts the world is and the astounding chaos we find ourselves in. It’s the record we felt that we had to make at this time.”

Speaking to NME in 2019, the singer said that Garbage’s upcoming new material would be “sort of cinematic-sounding” while containing some “pretty personal” lyrics.


“It’s dark, of course! But I’m not sure I want it to be. I read recently that pop music has become really dark, sad and troubled, and my immediate desire was to do the complete opposite,” Manson told NME. “Unfortunately, it’s just not my forte to write really upbeat and amazing pop music. I wish it was!”

Garbage are scheduled to head out on the road for a joint UK tour with Blondie this November, with the stint including a performance at The O2 Arena in London – you can find all the details here.