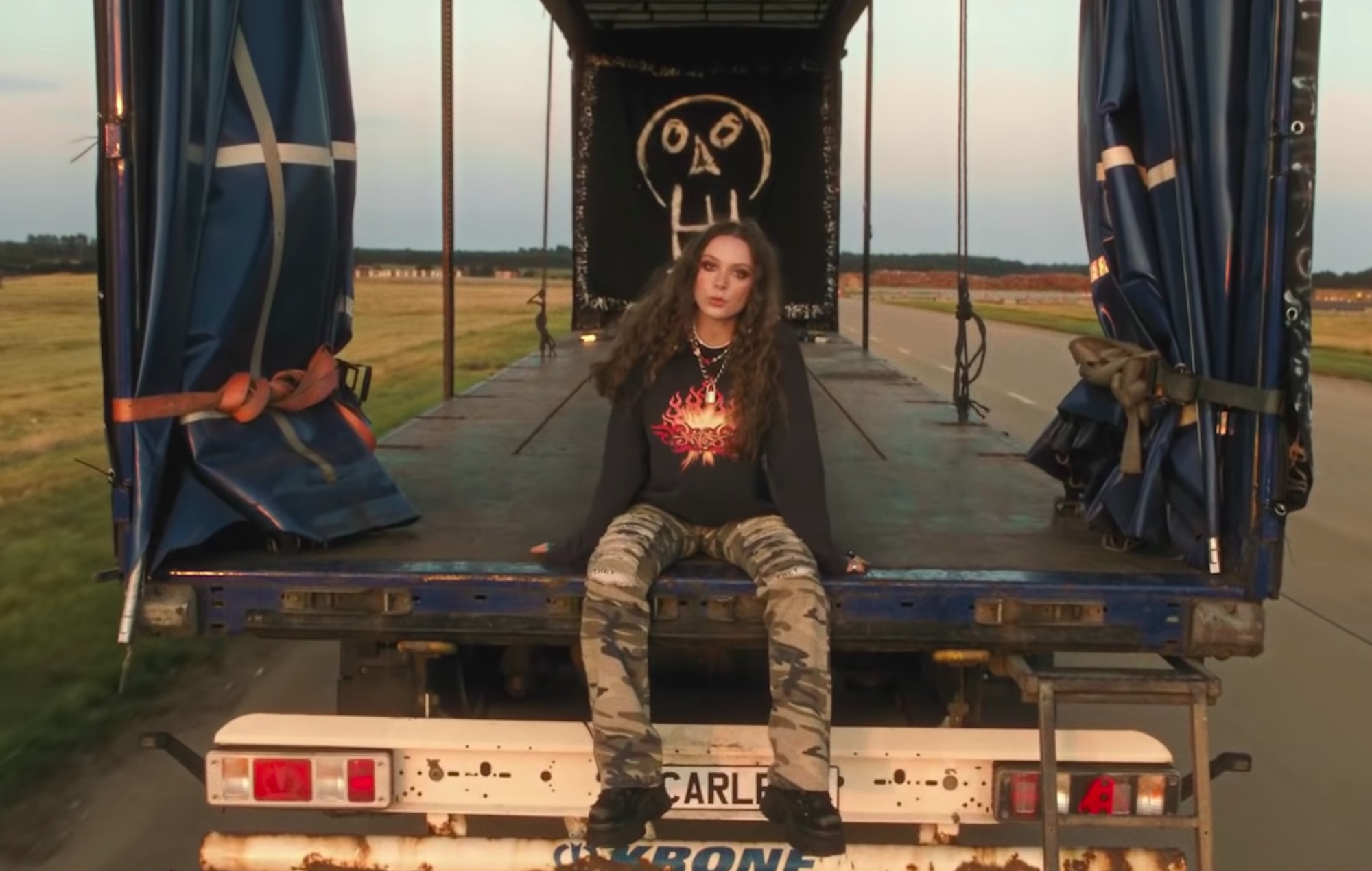 Holly Humberstone has shared new single ‘Scarlett’, the latest to be lifted from forthcoming EP ‘The Walls Are Way Too Thin’ ahead of its release in November.

The latest from Humberstone is a soaring synth-pop cut that the singer-songwriter says is “a fuck you to the guy that was going out with my closest friend Scarlett”, written as the two were breaking up.

“The relationship was totally one sided and lasted for years. Scarlett was all in and had pretty much planned their future and it was pretty clear to me that he was stringing her along, until he broke up with her in a really insensitive and heartless way,” Humberstone explained in a statement.

“I was her closest confidant and so I knew everything she was feeling, and I’d see how passive he was with her at parties first hand. She vented to me for probably about a year and so I went through all the stages of a break up with her and watched as she slowly realised her worth and that he wasn’t worth her tears anymore.”

The new song arrives alongside a video that features Humberstone and Scarlett herself breaking into an airplane hangar before the singer performs on the back of a truck. Watch that below:

‘Scarlett’ is the fourth single to be lifted from ‘The Walls Are Way Too Thin’, following on from ‘Haunted House‘, its title track and ‘Please Don’t Leave Just Yet’, which was written with The 1975‘s Matty Healy and debuted live at Tramlines in July.

The EP is set to arrive on November 5 and will follow up Humberstone’s 2020 EP ‘Falling Asleep at the Wheel’.

Speaking to NME at Reading Festival last month, Humberstone discussed working towards her debut album, saying she thinks it’ll be a “while” before it arrives. “I’ve had loads of time now to just experiment and try different things out, and to have fun with my writing without the pressure,” Humberstone explained.

“I have loads of music that I’m so excited about – but I don’t think I’ll ever feel like it’s finished as I get bored of my work quite quickly. At some point, I’ll just have to be like, ‘That’s it. I’m just putting it out,’ and then I can forget about it and start on the next new thing.”