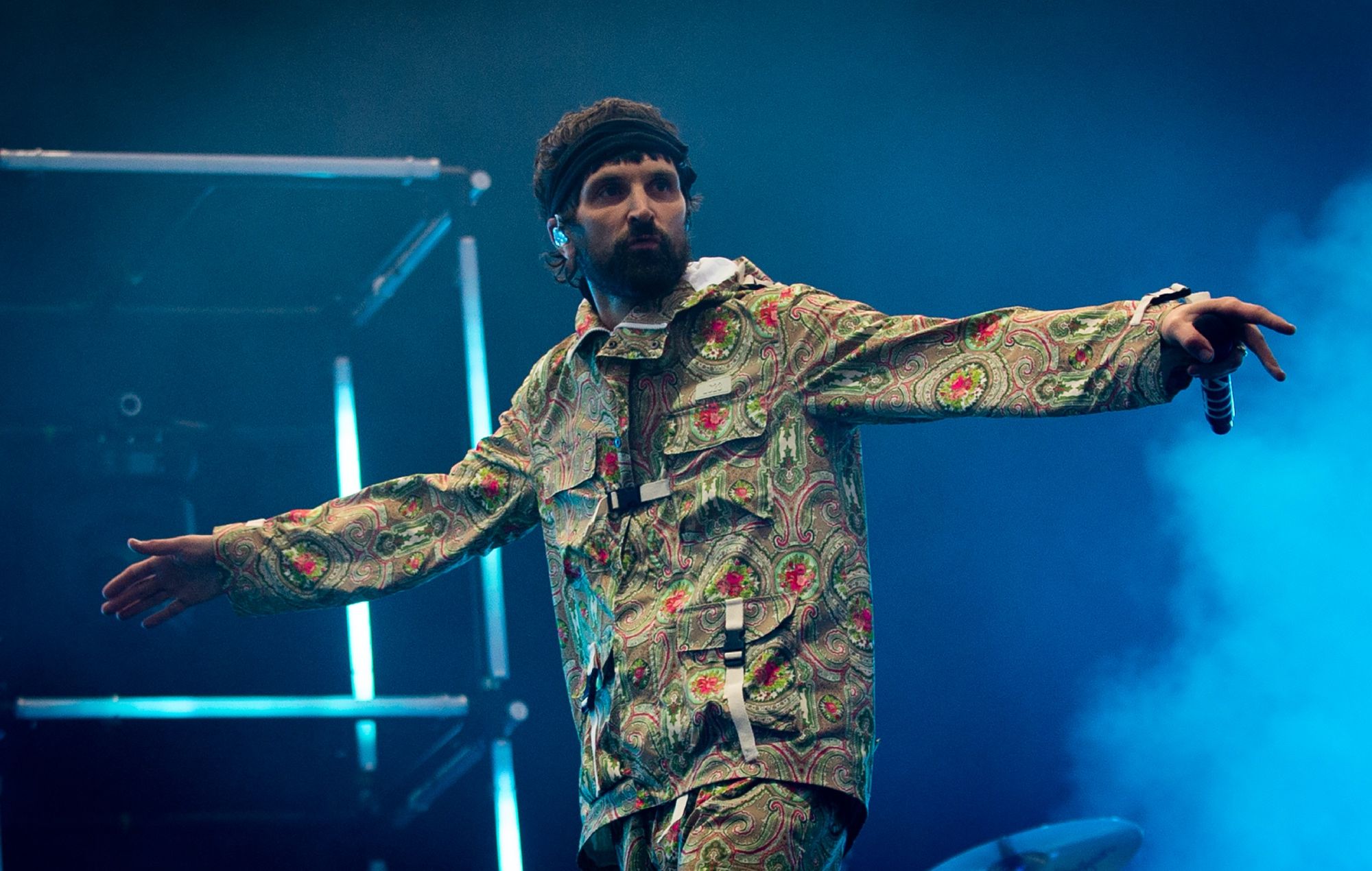 Kasabian have shared a new single called ‘The Wall’ – you can listen to it below.

The song serves as the final preview of the Leicester band’s seventh album ‘The Alchemist’s Euphoria’, which is due to come out on August 12 via Columbia.

Arriving today (July 29), ‘The Wall’ finds frontman Serge Pizzorno in an introspective mood as he sings about “regret” and “getting old” over a stripped-back, piano-led instrumental. “Why’d you do it, why’d you have to lose control?” he croons.

The reflective ballad later introduces twinkling keys in the breakdown before Pizzorno escapes the “dark clouds inside my head“. In the triumphant outro, he chants the refrain: “Get back up/ Get back up again.”

Kasabian described ‘The Wall’ as “a special one” on social media, adding: “We hope you can vibe to it.”

In a statement, Pizzorno explained: “‘The Wall’” was written probably a year ago, maybe even longer. Originally, it was about having a hangover, so it started off a little bit as a joke, but it doesn’t mean that anymore.”

He continued: “It’s weird you start at one place in your head and then as you finish it and read it back you go ‘Actually no, you know what…’ It’s perfect for this album. You hit a fucking wall, but you get back up again.”

The group have already previewed ‘The Alchemist’s Euphoria’ with the singles ‘ALYGATOR’, ‘SCRIPTVRE’ and ‘Chemicals’. The forthcoming record will mark Kasabian’s first full-length effort since the departure of ex-frontman Tom Meighan in 2020.

Meighan was fired from the band after being convicted of assaulting his then-girlfriend-now-wife, Vikki Ager. Pizzorno subsequently took on the role of lead singer.

During an interview with NME in May, Pizzorno said that stepping into the job hadn’t altered his approach to songwriting. “I’ve always done it my way,” he explained. “If anything, it’s more fun in terms of being able to visualise the live show.”

He went on: “When you see someone sing words that have come from them, there’s something magical about that. You can really feel the sentiment in what someone is trying to say through a charged performance. That’s when sparks fly.”

Kasabian are scheduled to hit the road for a UK and Ireland headline tour this October – you can find any remaining tickets here.

Last weekend saw the band top the bill at Truck Festival and Tramlines. Reviewing their set at the latter event, NME wrote: “Tonight it feels like Pizzorno was always a frontman-in-waiting, as amid flare fumes and flung-bevvies, rowdiness prevails.”