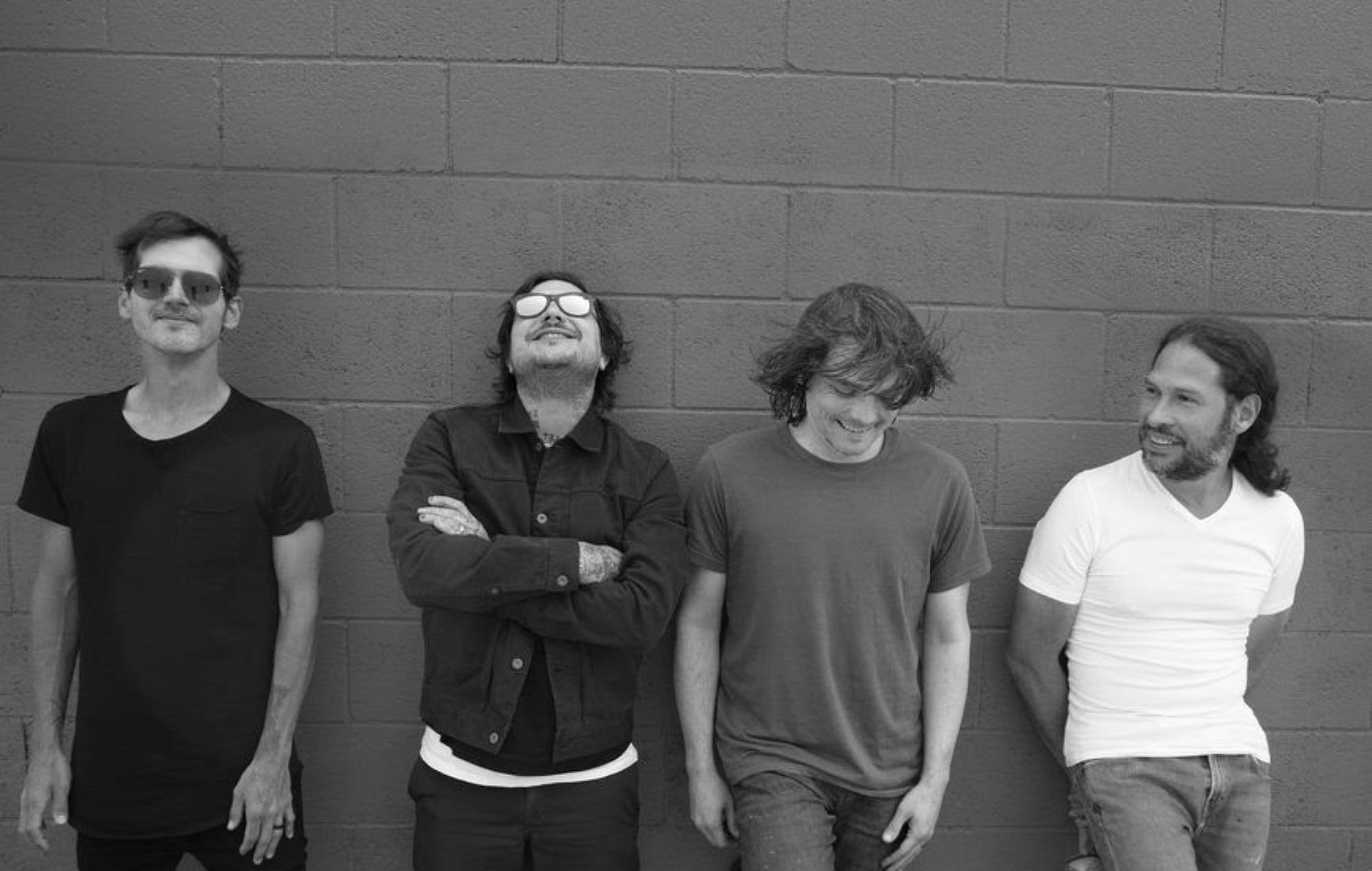 My Chemical Romance have returned with the surprise release of new song ‘The Foundations Of Decay’. Check it out below.

The reunited emo legends are set to kick off a UK and European tour next week, including massive shows in Milton Keynes with Placebo With Fever and more. Ahead of those huge gigs, the band have shared their first new material in eight years with the track ‘The Foundations Of Decay’.

The song starts as a slow-burning and emotive number, with frontman Gerard Way softly singing: “See the man who stands upon the hill, he dreams of all the battles won / but fate had left its scars upon his face, with all the damage they had done.”

The hypnotic, proggy track then builds into a subtle emo crescendo. During the six-minute epic, Way also appears to comment on the 9/11 attacks, having previously discussed how this led to the formation of My Chemical Romance.

In the new song, Way sings: “And he was there, the day the towers fell / And so he wandered down the road / And we would all build towers of our own / Only to watch the roots corrode / But it’s much too late / You’re in the race / So we’ll press / And press ’til you can’t take it anymore.”

“Starting Mychem was a direct result of everything we experienced and witnessed during those horrific events,” Way previously wrote of the attacks on the Twin Towers in New York. “The world changed that day, and the next day we set about trying to change the world.

“Mychem has always been bigger than its parts. Even when the band took time away the MCRmy was there spreading the work and living the message of ​“Keep Yourself Alive!” Today we are collectively older and wiser, but still there to carry on when we hear the call. The past 20 years have been about healing, dusting off and getting back up, and living life to our highest potential. On this monumental anniversary let us all think about those we lost that day and the days since. Keep those loved ones close and their memories alive by thinking ​“what would they have wanted us to be doing today?”⁣

He continued: “Proudly living and breathing our true authentic selves? Being kind and compassionate to one another? Being creative, unique, and extraordinary? Maybe just trying to be better than you were yesterday?

“We have found that when in doubt, love is and always will be the answer. Thank you for showing us love and for walking by our side these past 20 years. We truly are stronger together and thankful you are here with us. Romantically yours,⁣ MCR⁣.”

Fans are now speculating as to whether or not the band’s upcoming reunion shows will come with more new songs, and perhaps a fourth album.

The band’s last new material came in 2014 with ‘Fake Your Own Death‘, previously described as the band’s “eulogy” following their split the year before.

“I consider “Fake Your Death” to be the “last MCR song”, and to me, it is absolutely the final fully realized collaboration between the members of the band,” wrote Way at the time. “What was not so obvious at the time was that the song was, and would serve as, a eulogy for the band, though I should have known it from the lyrics. I think internally I did, as I felt an odd sense of sadness and loss after hearing back the words on top of the music.”

He continued: “I also felt a strange sense of pride in how honest it was, and could not remember a band recording a song of this nature, being so self-aware. Ending felt like something honest, and honest always feels like something new. So it will exist, and it is no cowardly act to release something of this nature, but a service to those who believed in a band that did not compromise, and a wave goodbye to all. And yes, it is fucking heartbreaking.”

Any remaining tickets for MCR’s MK gigs, as well as their other UK and Ireland dates this month, remain on sale here. You can see the band’s upcoming tour dates below.

Visit here for more details of My Chemical Romance’s other upcoming tour dates across Europe, Australia, Asia and the US.

MCR played an historic reunion gig back in December 2019 in Los Angeles, before most of their other comeback dates were postponed due to the pandemic.

In a five-star review of the gig, NME noted: “There were tears, oh there were a lot of tears. It was physically impossible to stand in that room and not understand to the core of your being why this band means so much to so many people.”