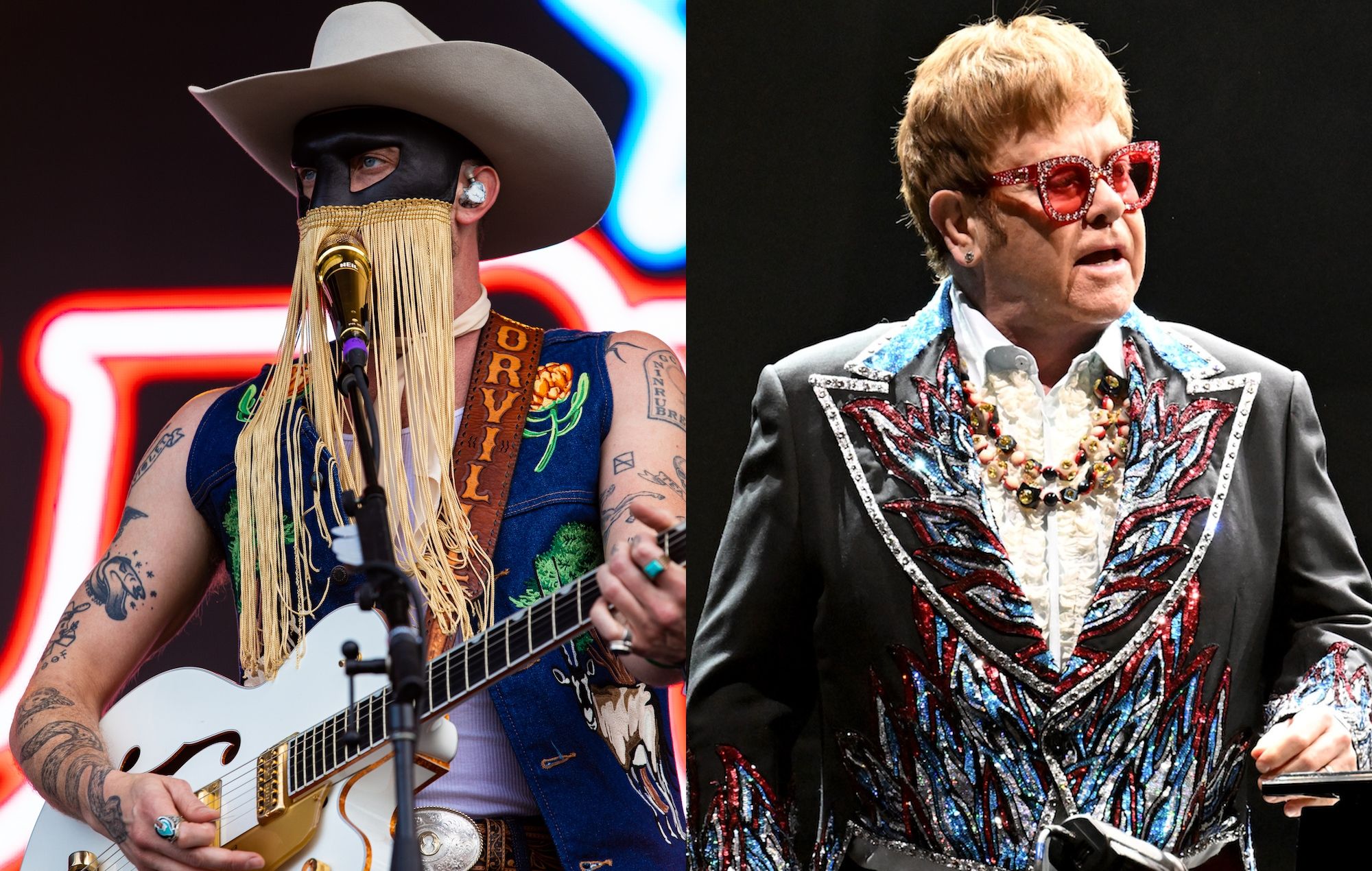 The new take on the 1972 track, which appeared on John’s ‘Honky Chateau’ album, are part of the platform’s PROUD playlist.

The masked country star brought the song into his own world, swapping John’s piano melodies for acoustic guitar strums and swooning country twangs.

“I chose this song because it was always one of my favourites when I was younger,” Peck explained. “I just really think the storytelling in it is evocative and beautiful. It’s also equal parts witty and whimsical, but also heartbreaking. I love the combination of those two things.” Listen to ‘Mona Lisa And Mad Hatters’ below.

In April, Peck shared his second album, ‘Bronco’. In a four-star review, NME said: “This is a rich landscape: wholly modern and proudly queer. It’s an album of unabashed growth, as the artist gets in his feelings but never veers into self-pity. The masked cowboy is – paradoxically – baring his soul, unbridled and all the better for it. On ‘Bronco’, Peck wears his identity as matter-of-factly as the album’s retro-country razzle-dazzle. Allow him to sweep you away on horseback into the dusty sunset.”

Meanwhile, a new documentary focusing on Elton John’s ‘Farewell Yellow Brick Road’ tour and his early years was announced in May. Goodbye Yellow Brick Road: The Final Elton John Performances And The Years That Made His Legend will be co-directed by R.J. Cutler and filmmaker and John’s husband, David Furnish. It will include an array of unseen concert footage from the past 50 years, as well as John’s handwritten journals and present-day footage of the musician and his family.