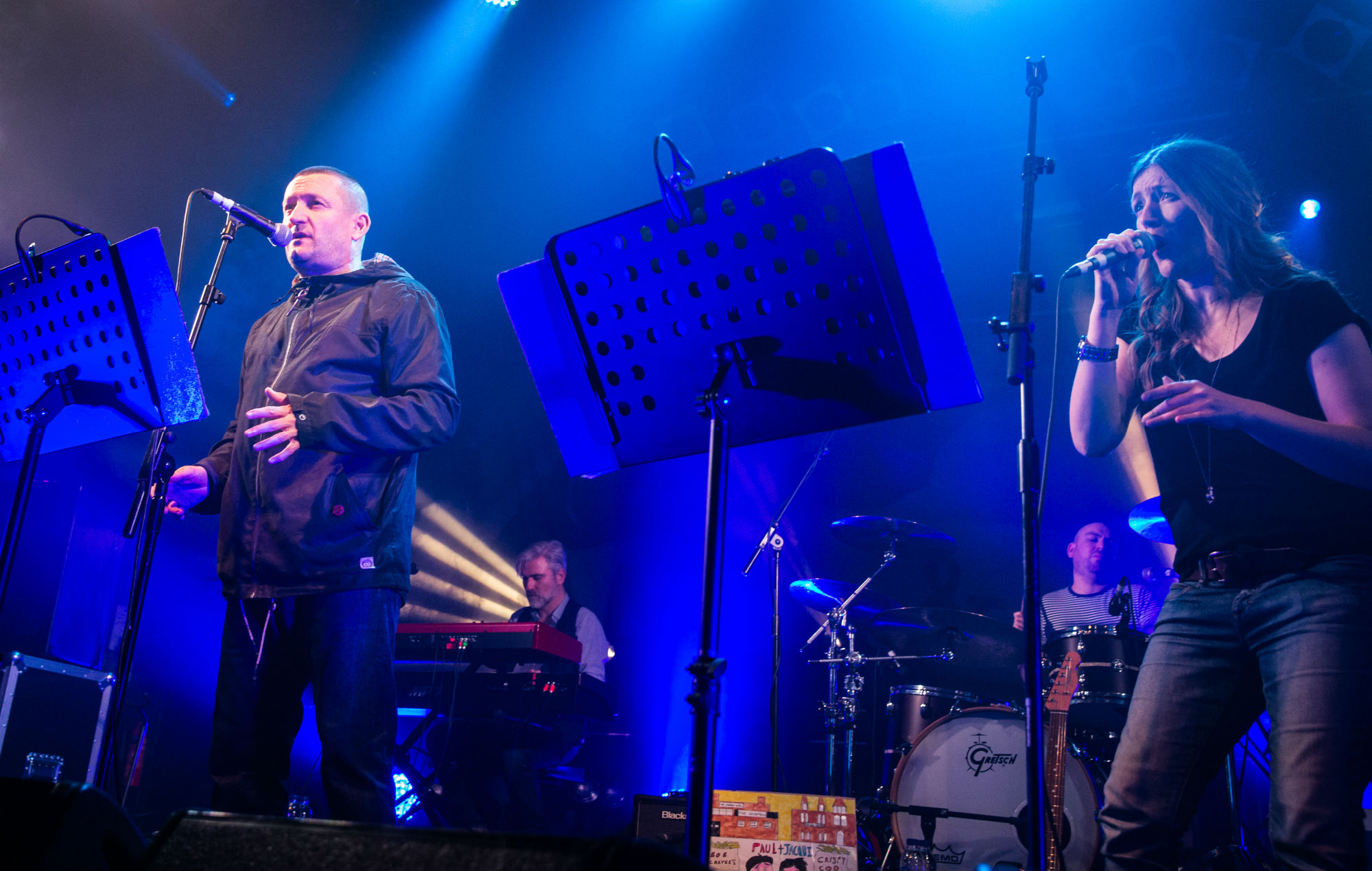 Listen to Paul Heaton and Jacqui Abbott’s new Christmas single, ‘Christmas (And Dad Wants Her Back)’

Paul Heaton and Jacqui Abbott have released a new Christmas single. Listen to ‘Christmas (And Dad Wants Her Back’)’ below.

Written by Heaton, the song is described as “a typically wry take on a relationship in turmoil during the festive season and features a rollicking brass band section arranged and composed by Guy Barker.”

Speaking about the new song, Heaton said: “I wanted to write a song, outside the usual cosiness that bedecks most Christmas singles.

“Perhaps a song that records some of the calamities that certain single parents face on the day itself; burnt dinners, toppled trees, disappointed children, and most importantly, loneliness.”

The duo’s previously announced tour of the UK and Ireland, including three free shows for NHS and care workers, was rescheduled to 2021.

Speaking about the free gigs for NHS and care workers earlier this year, Heaton said: “The coronavirus pandemic should remind everyone, and let no-one forget, that our National Health Service is the most brilliant and significant institution in our lives.

“The men and women who serve us and care for us, give us hope and sacrifice their own wellbeing, can never be thanked enough. We are just musicians, so there is little we can do but sing for you. By way of appreciation, we announce the following gig for all frontline NHS staff.

“From the porters, the cleaners and the drivers, to the doctors and the nurses; thank you.”