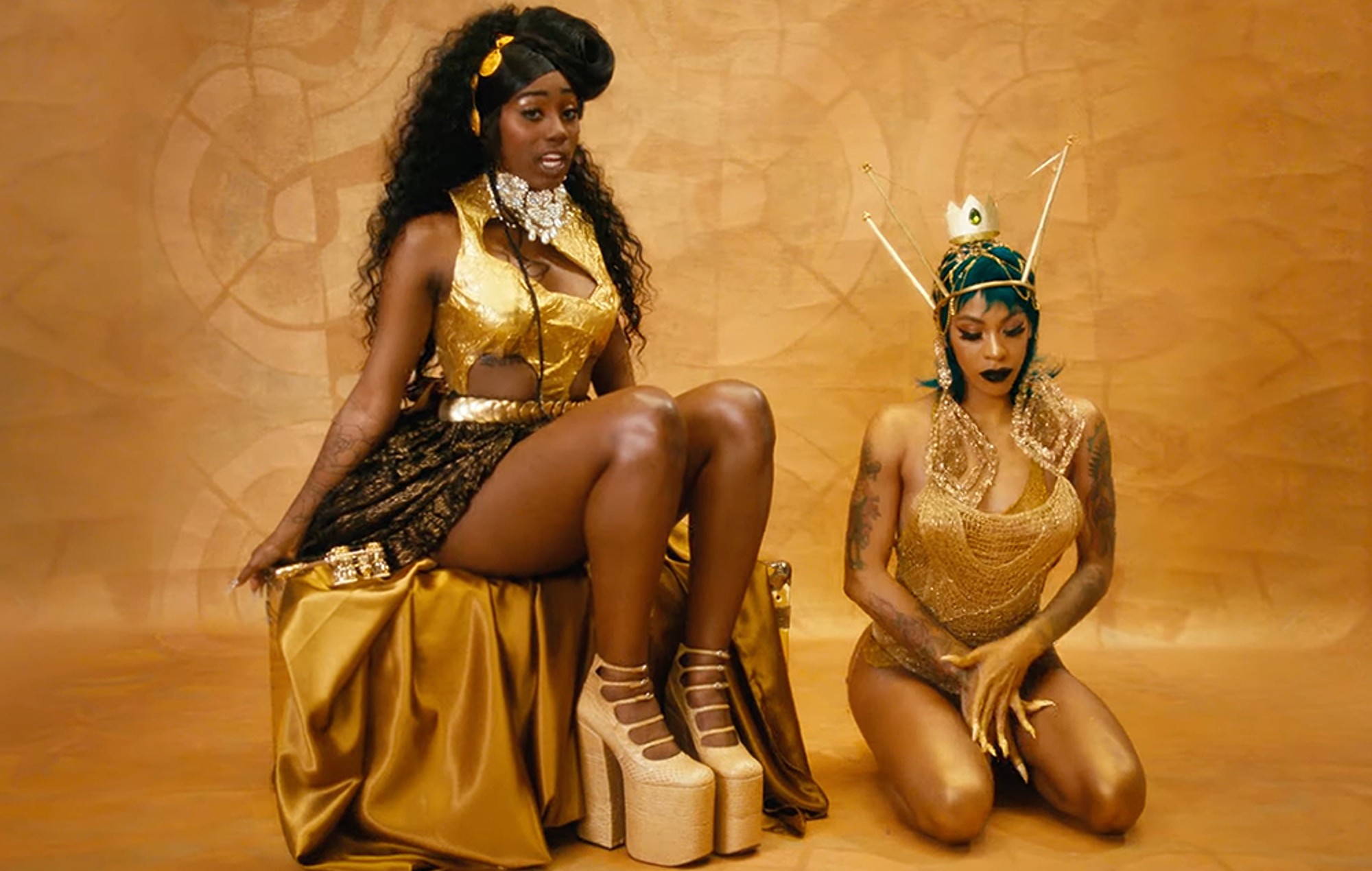 Rico Nasty has teamed up with Flo Milli for a new collaborative single, ‘Money’ – check it out below.

The song, which samples 2 Live Crew’s 1986 single ‘We Want Some Pussy’ and Tone Loc’s 1988 track ‘Wild Thing’, has been teased by Rico Nasty and Flo Milli for a few weeks now.

Last month, Rico took to her TikTok to share a snippet of the track alongside the caption “POV: they play your song with Flo Milli in Squid Games”. She’s also been performing it during her sets supporting Playboi Carti on his King Vamp tour and at festivals such as Rolling Loud and Day N Vegas.

The track has now been made available on streaming services, and the pair have also released a Wizard Of Oz inspired video, directed by Roxana Baldovin.

Hidden in the video is the phone number +1 2025191840, which appears to be a community fan number. Calling it gets the answerphone message “Hey it’s Rico Nasty, I can’t come to the phone right now,” but she does say “text me, I’ve got you”.

Watch the video for ‘Money’ below:

In September, Rico unveiled five surprise new songs on her SoundCloud page: ‘Switch Places’, ‘Grow Up’, ‘Cotton Candy’, ‘Show Me Your Love’, and ‘How Ya Feel’ which follows on from her 2020 album ‘Nightmare Vacation’.

Speaking to NME about the project, Rico said: “I don’t know where I fit. I don’t really resonate with punk stars because I’m not that hardcore. I like bubbles and stuff; I’m not harsh and crazy. And with this new album, I definitely resonate with being a pop-punk princess.”


Flo Milli started the month by sharing her new single ‘Ice Baby’, her first solo track since ‘Roaring 20s’ was released at the start of 2021.

Following the release of her mixtape ‘Ho, why is you here?’ in 2020, she’s also released collabs with the likes of Destiny Rogers, YungManny and Rich The Kid.