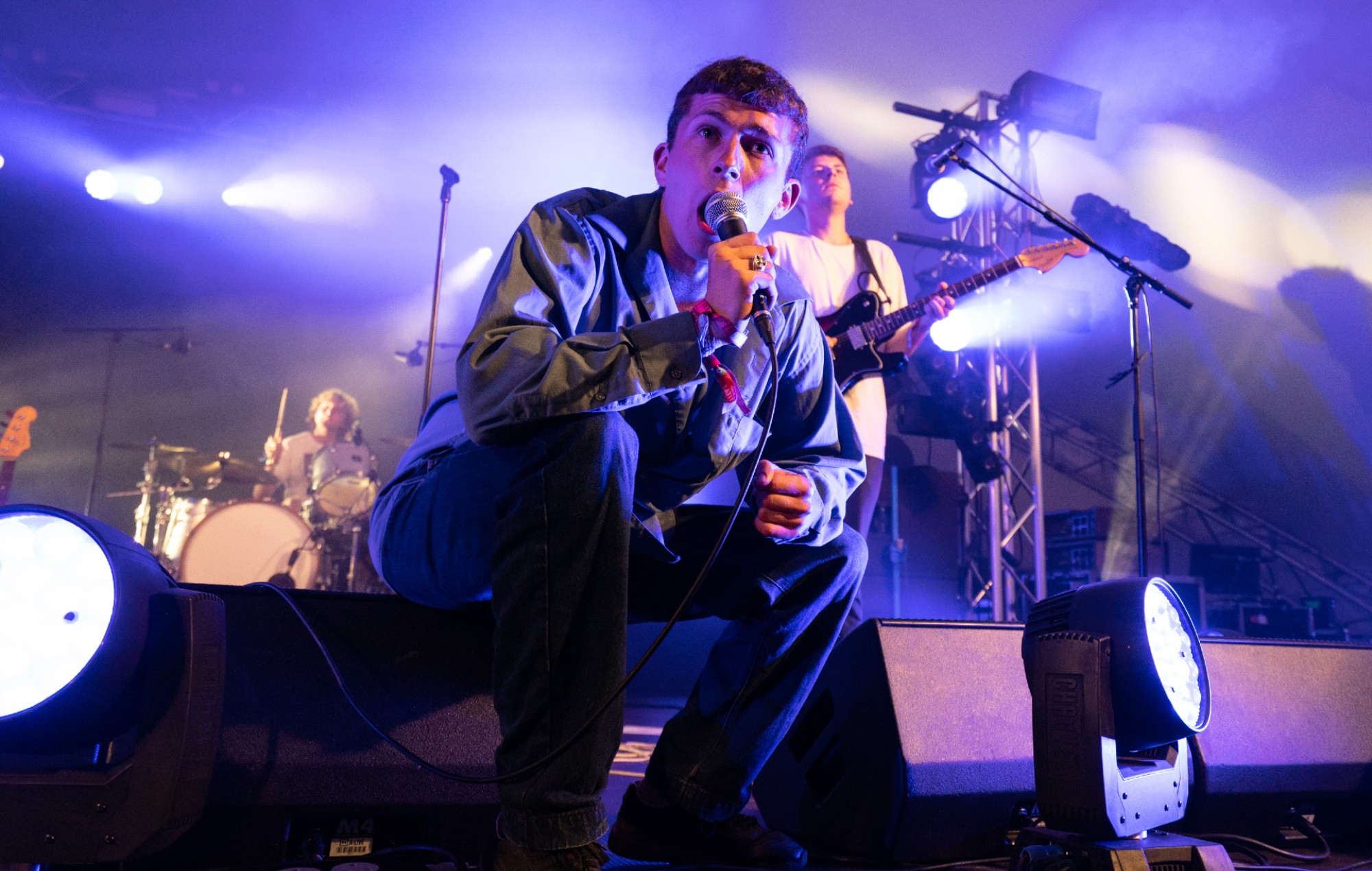 Shame have shared their rousing new single ‘This Side Of The Sun’, which sees frontman Charlie Steen put through his paces on an exercise bike while he’s smoking a cigarette.

The track is the band’s first since their second album ‘Drunk Tank Pink’ was released earlier this year.

“The whole song came together on the day we recorded it at the studio. It’s also the first live recording we’ve ever done, we didn’t want it to sound overworked. It’s a pure banger, listen with a piña colada in your left hand,” the band said.

The band are set to embark on a UK tour next Tuesday (November 9) in support of ‘Drunk Tank Pink’ – you can see those live dates below. You also can purchase tickets here.

They will also head out on a US tour in February, with dates set in San Francisco, Los Angeles, Chicago, New York, Philadelphia, Washington DC, Atlanta, Nashville and more.

This past summer, Shame released their ‘Born In Luton Remixes’ EP, featuring re-workings of the ‘Drunk Tank Pink’ track by the likes of Parquet Courts‘ Austin Brown.

They also recently made their NPR Tiny Desk Concert debut with a performance that saw them adding a new jazz-led direction to their sound.

In a five-star review of second album ‘Drunk Tank Pink’, NME wrote: “This is massive leap on from ‘Songs Of Praise’ – ‘Drunk Tank Pink’ is more ambitious and more accomplished than its predecessor, showcasing a band brimming both with ideas and the confidence to pull them off.”