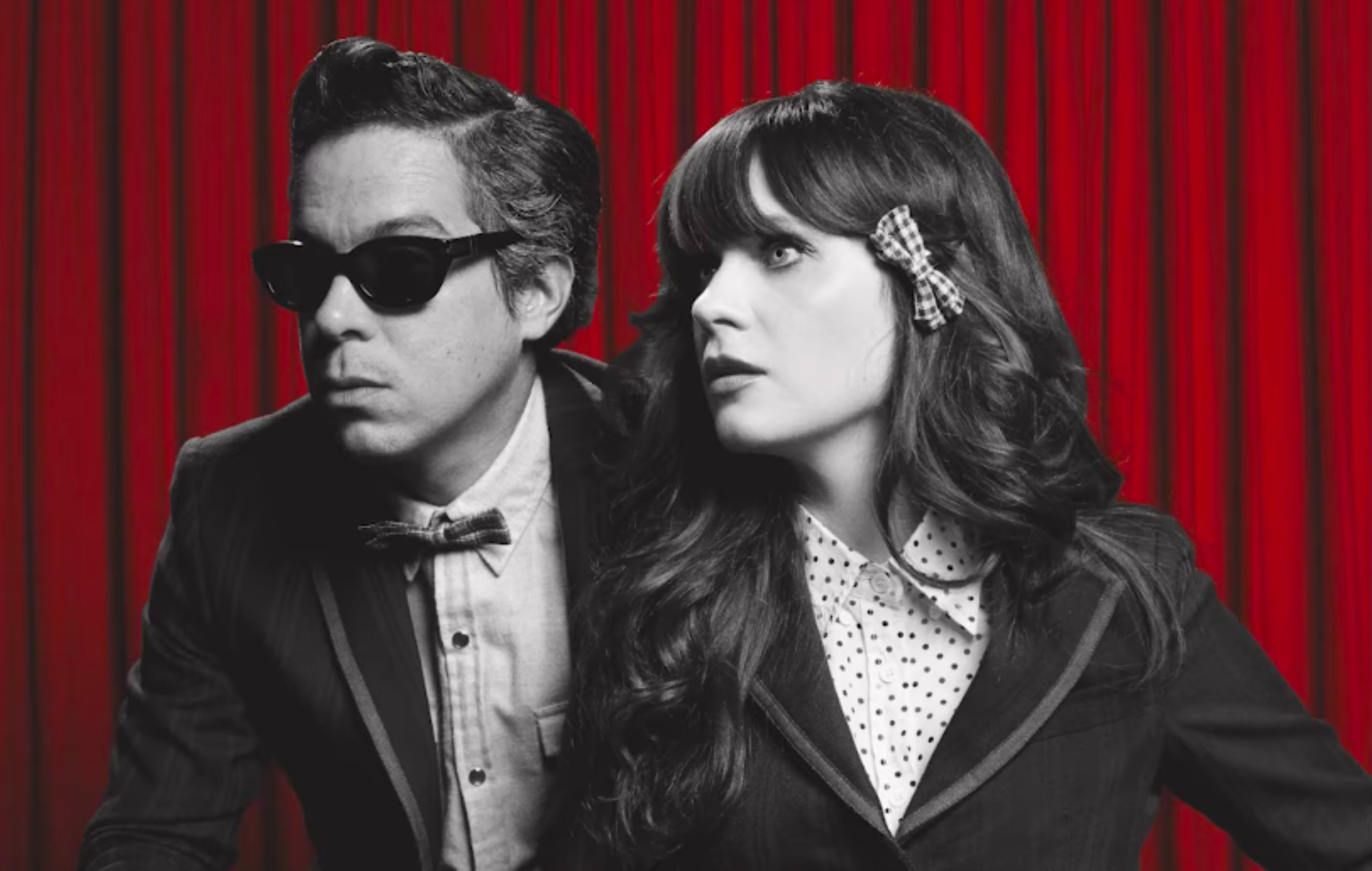 She & Him have shared a previously unreleased cover of Madonna‘s ‘Holiday’ – you can listen to it below.

The duo – comprised of actor Zooey Deschanel (New Girl) and Monsters Of Folk‘s M. Ward – are set to release a 10th anniversary edition of their festive album ‘A Very She & Him Christmas’ on November 12 via Merge.

The vinyl reissue will feature a bonus 7″ record, which contains the pair’s take on the Queen Of Pop’s 1983 single as well as a cover of Wham!‘s ‘Last Christmas’ on the B-side. She & Him released the former track today (September 21).

You can pre-order/pre-save the 10-year edition of ‘A Very She & Him Christmas’ here.

‘A Very She & Him Christmas’ 10 year edition on silver vinyl with 7” including new covers of @Madonna’s “Holiday” and Wham!’s “Last Christmas” plus download of “It’s Beginning to Look a Lot Like Christmas” out 11/12! Pre-order + listen to “Holiday” now: https://t.co/lZkBvtwTmp pic.twitter.com/cdjrlWZd7A

Deschanel and Ward will embark on a US tour this December to coincide with the release, with shows scheduled for Los Angeles, Chicago, Nashville and more cities throughout the month – find the full list of dates and ticket details here.

The original edition of ‘A Very She & Him Christmas’ featured covers of ‘Baby, It’s Cold Outside’, ‘Have Yourself A Merry Little Christmas’, ‘Silver Bells’ and more.

Last year, She & Him returned with a cover of Beach Boys’ ‘Darlin’’. It marked the first time that the duo first publicly shared a recording they’d made together since 2018, when they put out two songs for the ‘Universal Love’ LGBTQ project.

Meanwhile, Madonna recently announced a series of reissues to mark her 63rd birthday. It came after the singer signed a new publishing deal with Warner Music Group, who she hailed as “amazing partners”.