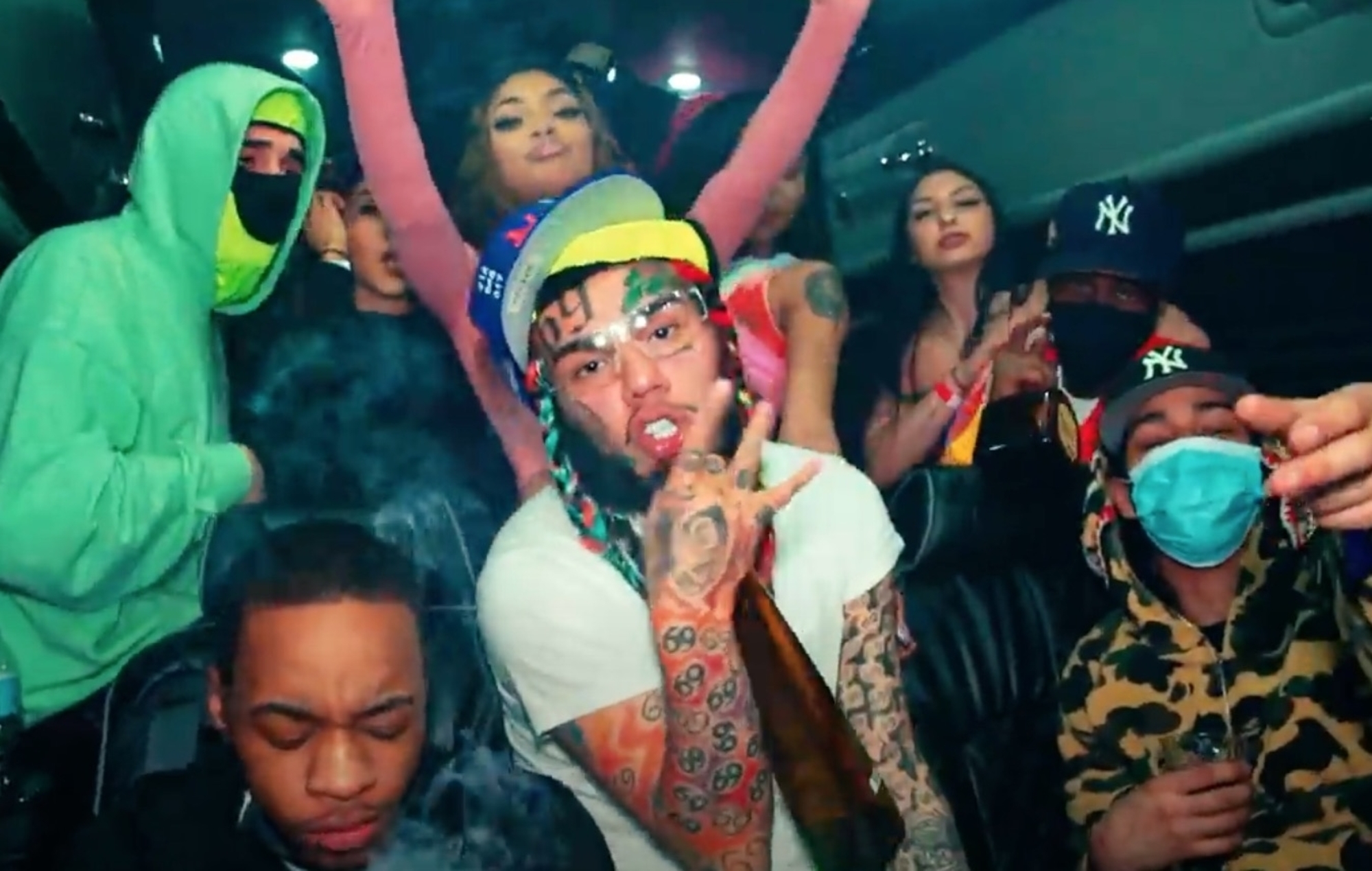 Tekashi 6ix9ine has shared his first new music of 2021 – listen to new single ‘Zaza’ below.

The new track follows last year’s ‘Gooba’, ‘Trollz’, ‘Yaya’ and ‘Punani’, which all appeared on the rapper’s second album, ‘TattleTales’, and came after he was given early release from prison in April.

“And we still screamin’ out ‘Gang, gang, gang’, look/ Free the guys in the chain-gang-gang/ Finna go insane, let it bang, bang, bang/ I’ma up this chopper, get out my way,” 6ix9ine raps on the chorus of ‘Zaza’.

The new song is accompanied by a video directed by just4canon and 6ix9ine himself. In the middle of the party-themed clip, 6ix9ine includes footage from his recent altercation with Meek Mill.

Last week, the pair had a heated run-in outside an Atlanta club, which reportedly culminated in 6ix9ine lunging at Meek and his security.

Meek later addressed the altercation on social media, writing that 6ix9ine was allegedly waiting outside of the club for Meek to appear.

Watch the video for ‘Zaza’ below:

In a two-star review of ‘TattleTales’, NME‘s Luke Morgan Britton said the controversial rapper “is unlikely to win over converts with this creatively bankrupt collection that exposes the depressing hollowness at the heart of his music”.

Meanwhile, Karam Gill, director of the forthcoming docuseries Supervillain: The Making of Tekashi 6ix9ine, has labelled the rapper a “truly horrible human”.

The new series comes to Showtime on February 21, and follows another film on the controversial rapper, 69: The Saga Of Daniel Hernandez, which landed last November.


“We’re living in the era of manufactured celebrity, where people can create inauthentic online personas and rise to fame without any talent or morals,” Gill told Page Six.