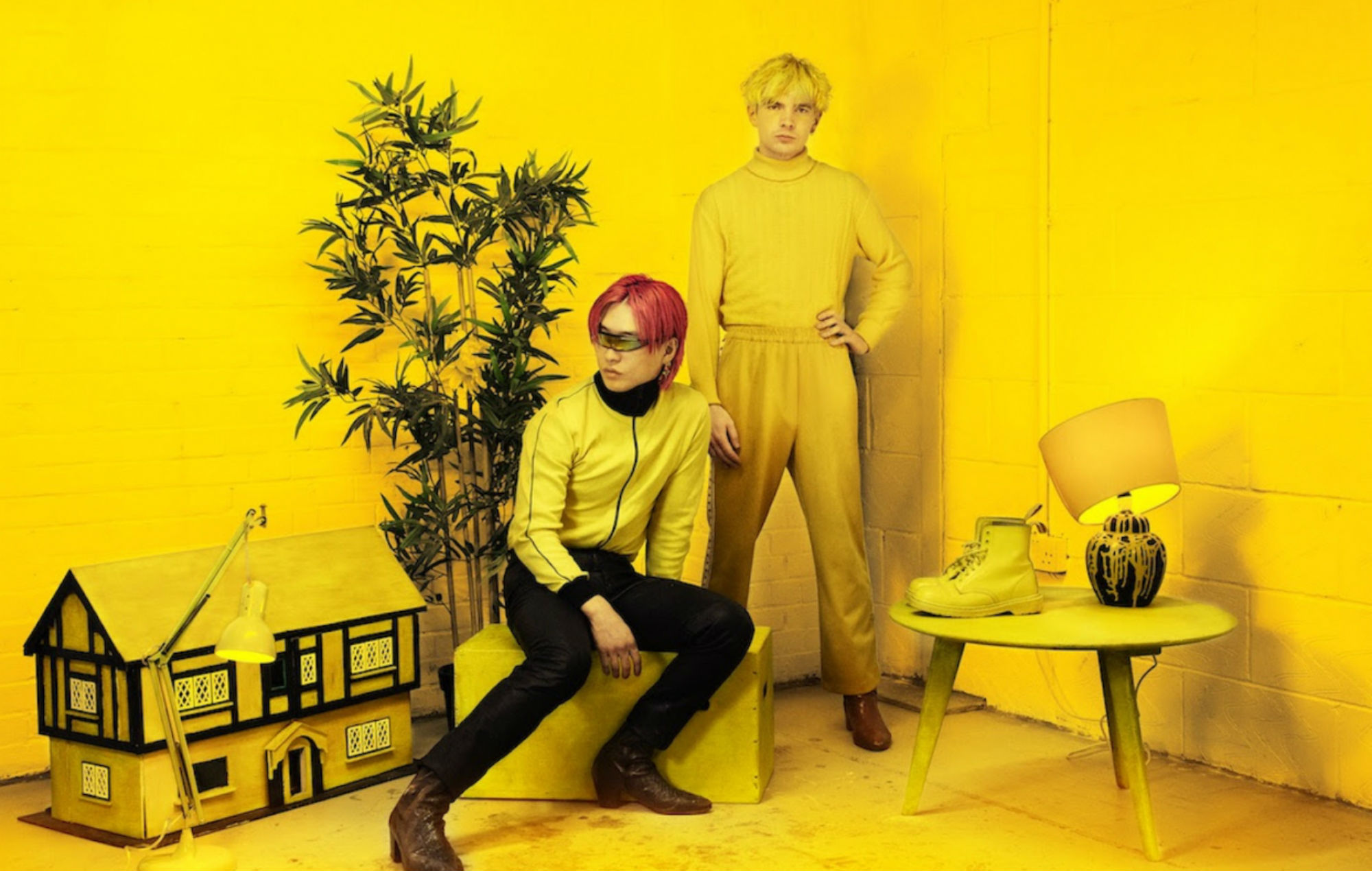 The track blends a silvery, upbeat pop melody with overdriven guitars and Talking Heads-esque synth leads. Vocalists Theo Spark and Jamie She (who form the band’s studio lineup, the former also on guitars and the latter on drums) make full use of their yin-and-yang singing styles, ebbing and flowing between deep, sultry crooning and bright harmonies.

Watch the video for ‘Witch Slap (IOU)’, directed by Nuri Jeong, below:

In a press release, the band declared that ‘Witch Slap (IOU)’ is “probably the fastest song we have written so far, done in about 20 minutes after we had finished demoing another song in the early morning”. Thematically, they’ve dubbed it a “sadomasochistic take on a classic love song”.

‘Witch Slap (IOU)’ will appear on the band’s second EP, ‘Get Me To A Nunnery’, which was announced today (June 7). A concrete release date was not offered, though it’s set to land sometime in autumn through Young Poet.

The band released their debut EP, ‘What’s On Your Mind?’ in 2019. Speaking to NME about the record’s lead single, ‘Ladies Who Lunch With Me’, Wooze described their style as “a heavy mix of celebrating all the sounds that influence us”.

“We listen to a whole bunch of stuff”, they said. “The big five are Primus, The Kinks, Queen, The Beatles and Led Zeppelin.”

Wooze are set to embark on a short trip to Slovakia next month, where they’ll play at the 2021 Pohoda festival on Wednesday July 7.

Before then, English fans will have a chance to catch ‘Witch Slap (IOU)’ in the flesh when Wooze play the Headrow House in Leeds on Friday June 25, and the Moth Club in London on Saturday June 26. Tickets to all three events are on sale now from the band’s website.