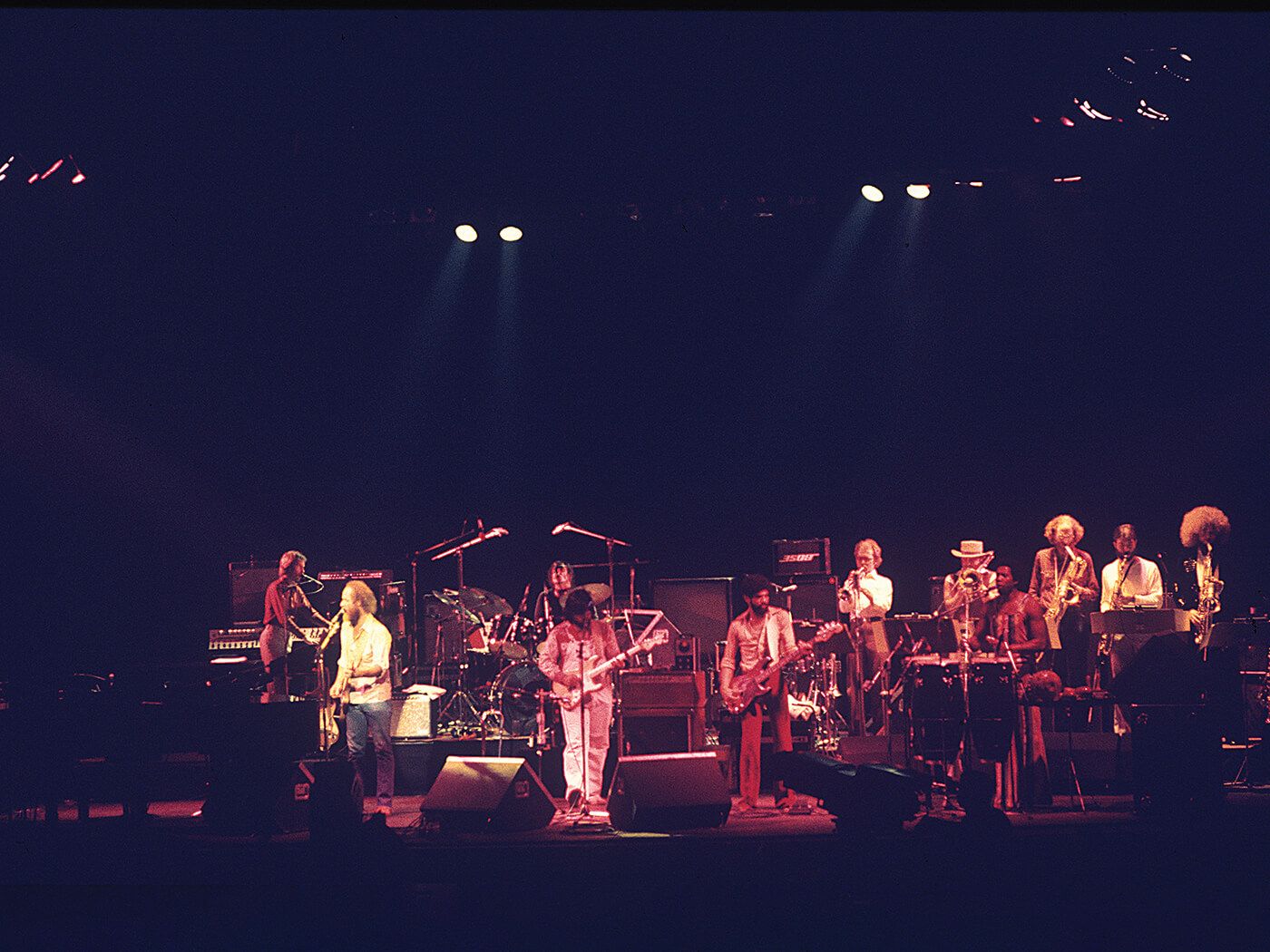 Ask anyone who was a fan of Little Feat during their initial run – a decade-long stretch from 1969 to ’79 where vocalist and guitarist Lowell George, and keyboard player Bill Payne, steered a leaky ship through toil and trouble – and they’ll tell you Little Feat’s music truly came alive onstage. Much like peers the Grateful Dead, the Feat needed the unpredictable conduction of energy between band and audience, plus the heat-of-the-moment, now-or-never fury of live performance, to take flight. It’s no surprise, then, that Waiting For Columbus is one of Little Feat’s most enduring albums, often included in lists of the greatest live albums of all time; it’s also wild to consider how the sextet pulled things together against the odds, and almost in spite of themselves.

They’d already been through a hell of a lot. Little Feat formed in ’69, when George left Frank Zappa’s Mothers Of Invention, taking bass player Roy Estrada with him, and connected with Payne (whose pre-history included appearing on an obscure garage rock stomper, Something Wild’s “Trippin’ Out”), and drummer Richie Hayward, who’d previously worked with George in The Factory. They recorded two albums (1971’s Little Feat and the following year’s Sailin’ Shoes) as a quartet before the band temporarily split, with Estrada leaving for Captain Beefheart’s Magic Band. Reforming soon after, George and Payne replaced Estrada with guitarist Paul Barrère, bass player Kenny Gradney and percussionist Sam Clayton. The “classic lineup” of Little Feat was thus in place, recording a string of albums across the ’70s, though they always seemed to be in some state of complication or confusion; during a temporary split across ’73 and ’74, for example, members of the group would end up playing with the Doobie Brothers, Robert Palmer and Ike Turner.

The road to Waiting For Columbus seemed particularly rocky, though. There were shifts in the intra-band dynamic; George wanted Payne and Barrère to contribute more, but still needed to maintain his position of dominance in the group. Little Feat’s music, which had, for several years, felt genre-agnostic, moving from blues to country to funk to R&B, seemed to be bending towards a more fluid, improvisatory jazz-rock sensibility, which George found a little alienating. His songwriting contributions decreased and others stepped up to the plate, such that by 1977’s Time Loves A Hero, George’s songs felt almost like an afterthought – he simply wasn’t coming up with enough material. And while Little Feat were having limited success – Top 40 albums, a good concert draw – they couldn’t quite push through to the next level, something that dogged the group through the entirety of their existence.

Band politics and cultural relevance aside, if Waiting For Columbus proves anything, it’s the elasticity and playfulness with which Little Feat approached their material, with a fearlessness that seemed, somehow, to shoehorn – and not uncomfortably – the freedoms of jazz and improvisation into the elemental structures of the song. They do this in two ways – in live performance, you can hear them knocking songs into new shapes, improvising passages that lock together effortlessly, taking songs and re-wiring them entirely. The New Orleans funk that became so central to their music is in full display on songs like “Mercenary Territory”; “Dixie Chicken” is stretched out like so much taffy, woven into a beautifully limber groove; Mick Taylor’s guest appearance on “A Apolitical Blues” is instructive both of how malleable a player Taylor was, and how accommodating Little Feat were as a group. But the album itself is also a Frankenstein, pieced together post-production from various shows, with some guitars and bass re-recorded, and most of George’s vocal performances redone.

Thus, there’s real value in the three full live shows that make up the rest of this super deluxe edition. From the evidence here, they lifted some stellar performances from the Washington show for the album. It’s a bit of a shame to not hear other nights from all three cities represented here, though some are buried, no doubt, for good reason – one night from London would come to be known as “Black Wednesday”, performed, as it was, under a cloud of all-night partying, acrimony and internecine fighting. The August 2, 1977 London show here is a gem, though, the group fully in control, riding the music to peaks of ferocity, but still maintaining a core playfulness. The addition of the Tower Of Power horns gives the songs real heft, and the version of “Mercenary Territory” here is one of their very best. The Washington performance makes up a good portion of the original Waiting For Columbus, but it’s great finally to hear the set in full, as by that point, the Feat were a tightly drilled machine.

The revelation of this deluxe edition, though, is the Manchester City Hall set from July 29, 1977. None of the Manchester recordings have been previously released, which, on the evidence, seems a real missed opportunity. The group hadn’t yet been joined by the Tower Of Power brass section – that would come later, in London – so the Manchester set gives a great chance to hear the Feat in six-piece formation. There’s an electricity pulsing between the members of the group, with potent performances of “Fat Man In The Bathtub”, “Rock & Roll Doctor”, and “Oh Atlanta”, though the set really gets expansive with a 10-minute “Dixie Chicken”, where the group prove their improvisational cojones – there’s both sensitivity and fierce conviction in the way they interact here, and an elasticity that can only really come with years of shared illumination.

If the truth be known, each set has its moments of longueurs; while Little Feat were “on” more often than not, they sometimes were given to the overly prolix, and the jazz-rock “Day At The Dog Races” dragged at times – stretching out to 10 minutes and beyond, its vamp on a repetitive riff could meander, though there are some particularly beautiful moments on the Manchester rendition, when things simmer down a little, and Payne lets out little susurrating sighs of liquid keys over a subdued percussive palette. It’s moments like these that suggest there was more to the Feat’s dalliance in such music than George clocked at the time – allegedly, when he heard the tapes of the studio version, from Time Loves A Hero, George snapped, “What is this? Fuckin’ Weather Report?”

George would often leave the stage while the rest of the group performed “Day At The Dog Races”, a visible marker both of the complex and multiple musical threads being followed by the various group members, and the simmering volatility of the relationships at the heart of Little Feat. But for all this strangeness and unpredictability, listening back to Waiting For Columbus – both in its originally released form, and with the appended live sets in this deluxe collection – reinforces the staying power of the music here, an ideal combination of elevated songwriting, musical voraciousness, and the rare alchemy of a group, on stage, in full possession and understanding of their abilities, playing with nuance and sensuousness. That they’d continue to do so, even after the death of their erstwhile leader, Lowell George, in June 1979, is testament to the lasting power of the music here and its ongoing resonance. Few played it so well, with such generosity of spirit and fluidity of groove, before or since.