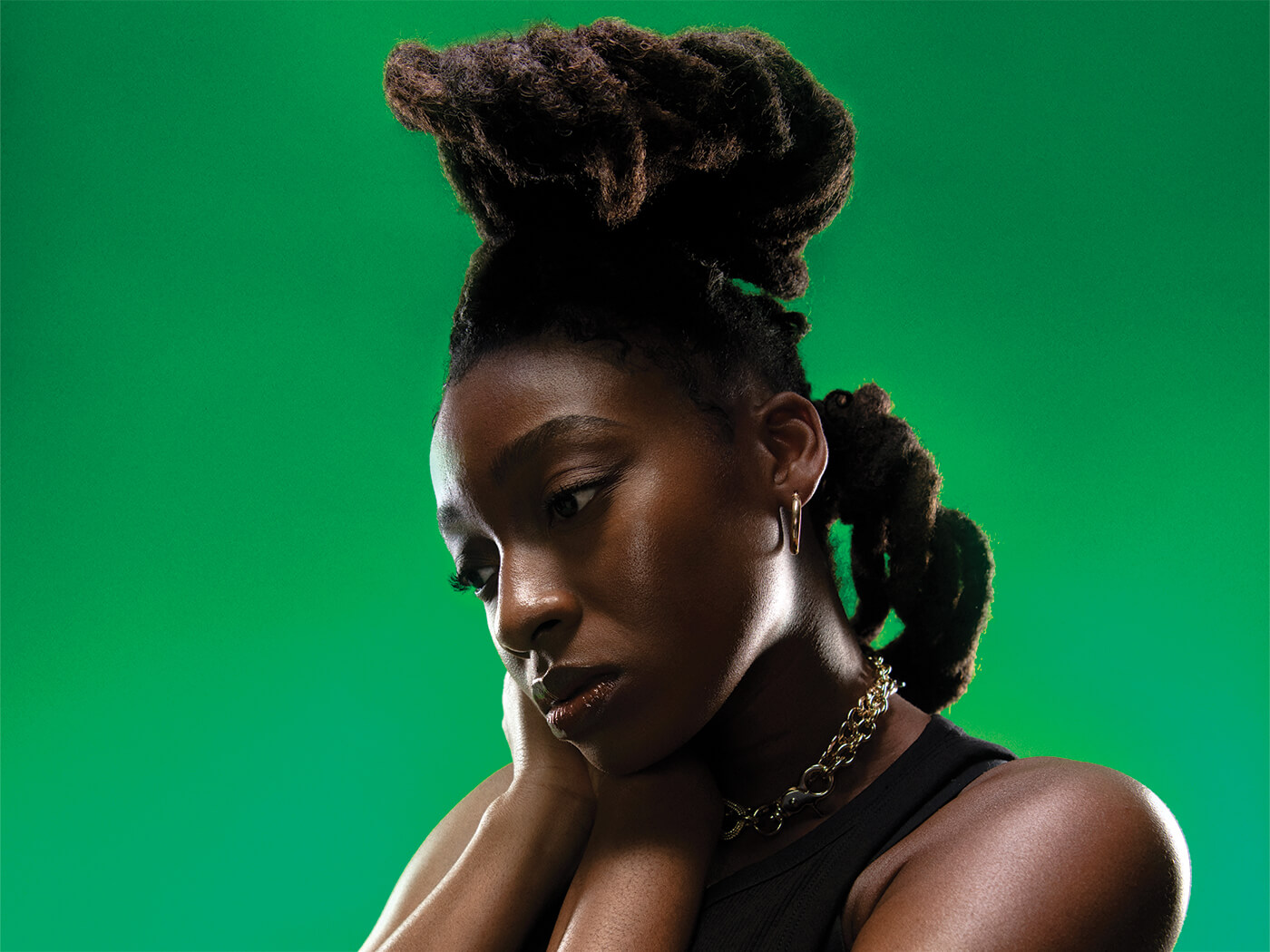 Rap is so often a study in braggadocio – the voice of the strutting peacock, the narcissist with a hunger to conquer. Rappers play the role of the alpha male or the queen bee – they brag, they boast, they rhyme endlessly about themselves. But rap also attracts some nerdy, introverted types, drawn to the way in which rap uses poetry as a defensive carapace. One of them is Simbiatu Abisola Abiola Ajikawo – the north London actress, musician and singer who performs as Little Simz.

Ajikawo was rapping from the age of nine and, within a few years, was creating her own mixtapes, initially influenced by Lauryn Hill and the Fugees. Hill would later become one of the many big names to invite Little Simz on tour and heap praise upon her, as have the likes of Jay Z, Kendrick Lamar, Nas, A$AP Rocky, Stormzy and Gorillaz. Despite this praise Ajikawo had trouble getting signed to majors so she set up her own imprint, Age101, self-releasing a host of mixtapes and EPs before completing her first full-length in 2015. Her third LP of wonderfully weird narrative hip-hop, 2019’s Grey Area, was an expansive, varied and often thrilling collection of brittle funk grooves, lavish string arrangements and minimal grime beats that earned her an Ivor Novello and a place on the Mercury shortlist.

The follow-up, Sometimes I Might Be Introvert, is an even more ambitious conceptual album that finds her sharing her insecurities, praising her heroes and going on a fairytale voyage over 19 tracks. Ajikawo’s delivery owes much to her background in grime music: she raps in a tight-throated, London-accented drawl, with a jagged, percussive delivery. But, where grime tends to operate at a frenetic pace of 140 beats per minute, Little Simz’s music tends to play at the more relaxed, sub-100bpm tempos you associate with funk; and, where grime tends to operate within a restrictive and minimal electronic sonic palette, Little Simz’s grimey, staccato patter is set against organic, live musical backdrops that explore multiple musical genres from around the African diaspora – from symphonic soul to Nigerian afrobeat; from black British gospel to electro funk.

These backdrops are the work of Ajikawo’s co-writer and producer, Inflo, aka Dean Josiah Cover, also the shadowy figure behind the London collective Sault. In a hip-hop context he’s particularly good at constructing grooves that sound like samples of classic soul songs.

There appears to be only one actual sample here – a Smokey Robinson quiet storm soul snippet that provides the basis for the woozy celebration of love, Two Worlds Apart – but elsewhere, multi-instrumentalist Inflo creates readymade soul classics, often lavishly arranged for full orchestra by cellist Rosie Danvers. You could swear that the spacious strings and Hammond that underline the feminist anthem Woman were taken from a Roy Ayers song, or that the choral intro to Little Q was sampled from Rotary Connection; you’d be forgiven for thinking that the bombastic backing to Standing Ovation came from one of Dennis Coffey’s Blaxploitation soundtracks, or that the digi-funk of Protect My Energy is sampled from some obscure ’80s Jam & Lewis track, but all are the work of Inflo.

There’s a heavy West African groove in places too (a nod, perhaps, to Ajikawo’s Yoruba heritage): on Point And Kill, Inflo enlists a four-piece horn section (featuring members of Kokoroko and SEED Ensemble) and British-Nigerian vocalist Obongjayar to create a slow-burning Afrobeat groove. It segues into the explosive Fear No Man, where Ajikawo bobs and weaves confrontationally, a feminist Muhammad Ali, over a nine-piece bata drum troupe.

Where hip-hop lyricists are often egotists, singing entirely from their own point of view, Ajikawo’s lyrics constantly shift viewpoint. I Love You, I Hate You sees her singing about her absent father (“my ego won’t fully allow me to say that I miss you/A woman who hasn’t confronted all her daddy issues”); Little Q is narrated from the POV of her estranged cousin, the victim of a knife attack, somehow managing to empathise with his attacker (“I could’ve been the reflection that he hated/The part of him he wishes God didn’t waste time creating”); on Miss Understood she paints an apologetic story of how she fell out with her sister, intriguingly adopting her sister’s standpoint. Ajikawo also writes for other voices: the cut-glass RP tones of actor Emma Corrin – best known as Princess Diana in Series 4 of The Crown – serves as a narrator, an angelic presence throughout the LP. “Your introversion led you here,” she intones on the epic opener, Introvert. “Intuition protected you along the way….” She serves as an astral guide, a Disney princess, reassuring the insecure rapper that everything will be all right.