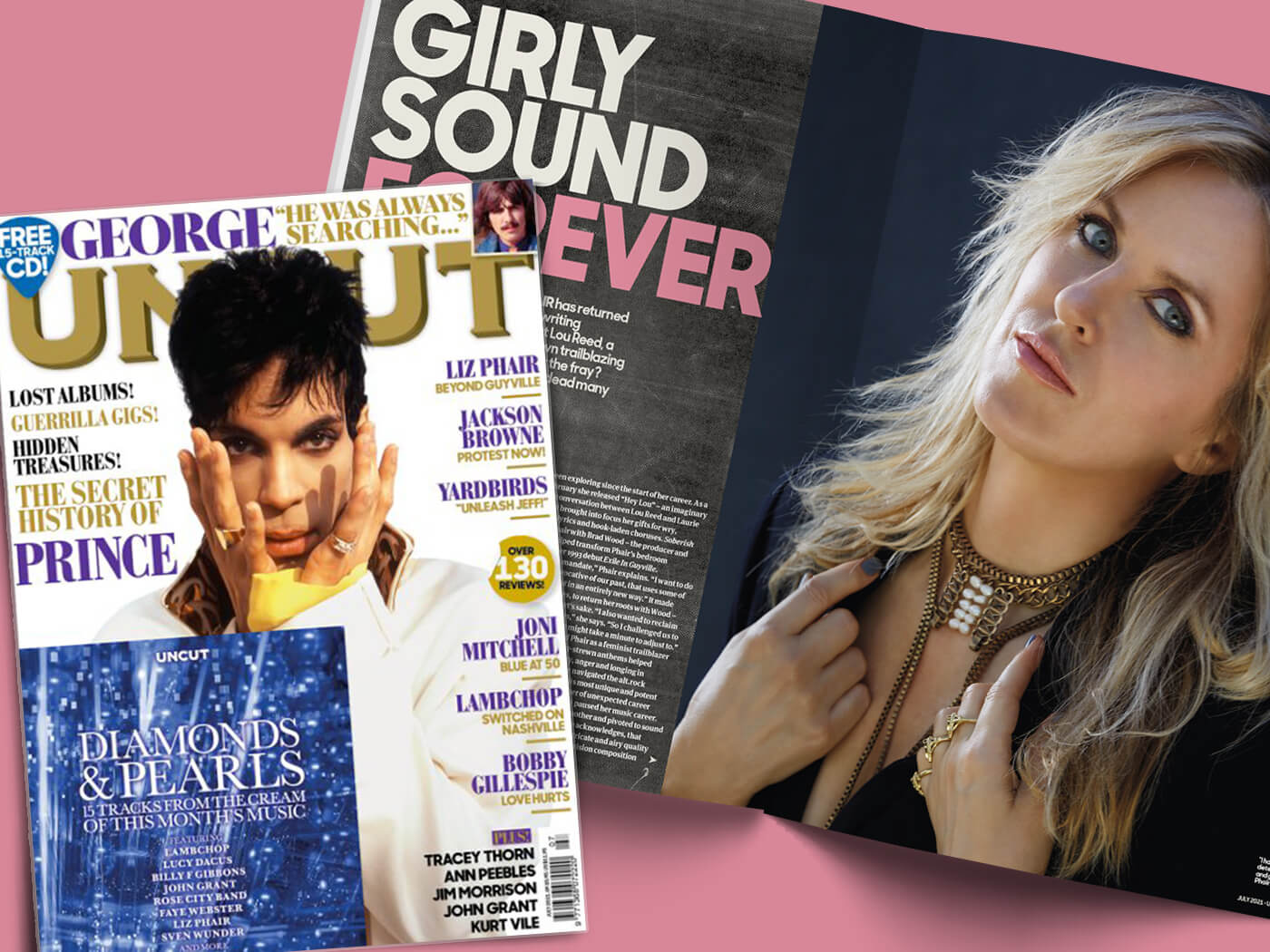 Liz Phair: “I’ve had to pick myself up from being dead many times”

Liz Phair has spent the pandemic at her home in Manhattan Beach – an upmarket seaside community in Southern California. “I don’t think I have self-care,” Phair reflects on this protracted period of isolation. “I have determination and grit!”

Speaking to Uncut for our July 2021 issue, from a lime-green room adorned with hot-pink curtains, pink artwork and pink balloons, Phair explains that she has spent lockdown in the company of her adult son, Nick – who has reactive airway disease – which means she has remained on a “very protective spectrum” compared with many people she knows.

“My friends have been gallivanting everywhere,” she explains with evident frustration. “I can’t even talk about it.” Most days, she explains, she and Nick have disinfected their groceries and refused to permit guests inside the house. “More than anything I have a sense of being really lucky to be able to stay home,” she says. “Self-care is like, ‘Wow, I can look out my window at the ocean.’ That makes me enormously more fortunate than a lot of people.”

Another unavoidable consequence of the pandemic is a delay in the release of Soberish – her seventh studio album and first since 2010. A typically candid collection of songs, the album continues the kinetic and playful ruminations on love, relationships, sex and womanhood Phair has been exploring since the start of her career. As a taster, in February she released Hey Lou – an imaginary dinner table conversation between Lou Reed and Laurie Anderson that brought into focus her gifts for wry, observational lyrics and hook-laden choruses. Soberish also reunites Phair with Brad Wood – the producer and engineer who helped transform Phair’s bedroom recordings into her 1993 debut Exile In Guyville.

“I came in with a mandate,” Phair explains. “I want to do something that’s evocative of our past, that uses some of the same sounds, but in an entirely new way.” It made sense, Phair continues, to return her roots with Wood – and not just for comfort’s sake. “I also wanted to reclaim our position as pioneers,” she says. “So I challenged us to make music that people might take a minute to adjust to.”

After …Guyville marked Phair as a feminist trailblazer – whose candid, profanity-strewn anthems helped normalise female sexuality, anger and longing in mainstream channels – she navigated the alt.rock explosion to become one of its most unique and potent voices. Yet, following a number of unexpected career twists in the years since, Phair paused her music career. She focused on life as a single mother and pivoted to sound design for television – work, she acknowledges, that helped inform the alternately intricate and airy quality of Soberish. “I knew after my television composition work that I was more interested in complexity, but I also wanted it to be evocative of Guyville, to have the air and spaces somehow,” she says.

In some respects, it seems natural that Phair should continue to refer to her debut album, nearly 30 years since its release. Guyville is a useful barometer against which Phair can continue to judge not just the continuing relevance of its torch-bearing provocations, but also how much she has developed as an artist. Soberish, for instance, features a song called Bad Kitty, which traces a complete circle from Guyville to the present day.

“I don’t live in a world that appreciates me”, she sings. “You could say that I’m ahead of my time”. “I’m grappling with being one of the fallen bodies on the road to progress,” Phair explains. “How many times I’ve had to pick myself up from being dead, like getting knocked down and then getting back up.”