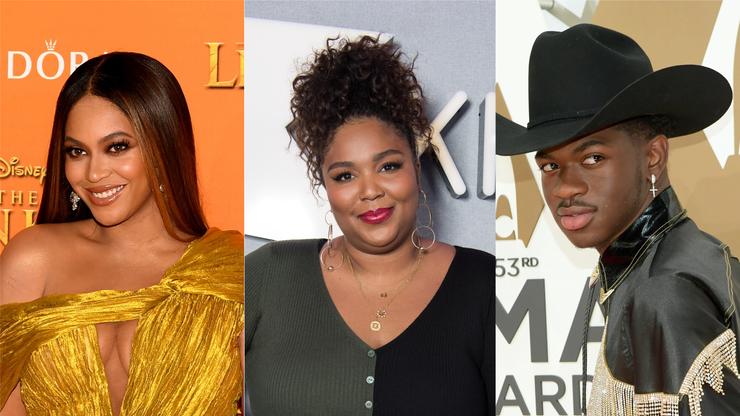 All the important questions to ask before nominations arrive tomorrow.

It’s hard to believe, but 2019 is about to come to a close. Before we know it, it’ll be Grammy season. The nominees for the 62nd annual Grammy Awards (which will be held on Jan. 26) will be announced tomorrow morning (Nov. 20) and people are curious whose names will be popping up. In order to make some good guesses, it must be determined which artists are eligible for which category first. The general criteria for eligibility is that the music must have been released between Oct. 1, 2018 and Aug. 31, 2019, but there may be some exceptions this year.

One of the biggest artists of 2019 was surely Lizzo, meaning people are expecting her to snag some golden gramophones. However, she poses a peculiar case. While her breakthrough occurred this year, she released her debut album, Lizzobangers, in 2013. Taking this into consideration, could she still qualify for a Best New Artist nod? According to Billboard, Lizzo will be permitted to compete for this award, even though she doesn’t meet the criteria of having released less than 30 songs prior to the eligibility year. The Grammys will loosen the guidelines for her because her projects before this year’s Cuz I Love You were released on “small independent labels”, hence “they didn’t really allow the artist a fair chance at breaking through.” Lizzo’s #1 hit, “Truth Hurts” also raises some questions because it was shared as a single back in 2017. Lizzo is in luck there too because it has never been submitted to the Grammys for consideration before and appears on an album released during the eligibility period. Similarly, since Juice WRLD’s “Lucid Dreams” wasn’t nominated in any categories last year, he will be eligible to win Best New Artist in January.

Another toss-up concerned where Lil Nas X’s “Old Town Road” should fall. No song in recent memory produced a greater public debate regarding which genre it should be classified under. While a Record Of The Year nomination seems guaranteed, the Grammys were faced with difficult decisions regarding which smaller categories it would be nominated for, given its ambiguous genre and multiple versions. According to Entertainment Tonight, the Grammys screening committee will place the “Old Town Road” remix with Billy Ray Cyrus in the category of Best Pop Duo/Group Performance, rather than one for rap or country. It wouldn’t be too surprising to see LNX receive a Best New Artist nomination either.

While Queen Bey didn’t release any original solo projects this year, she curated The Lion King: The Gift and put out the live album, Homecoming. Thankfully, both of these projects will be up for nomination. ET says The Lion King soundtrack is expected to compete for Best Pop Vocal Album, while Homecoming could duel against Solange’s When I Get Home for Best Urban Contemporary Album. Either of these albums may also be nominated for Album of the Year, which could pit Beyoncé against Taylor Swift once again. Swift’s Fearless beat Bey’s I Am… Sasha Fierce in this category back in 2010. Another likely candidate for AOTY is Billie Eilish, who, at 18, could claim Swift’s title as the youngest-ever winner of this award (Swift was 20 when she won for Fearless).