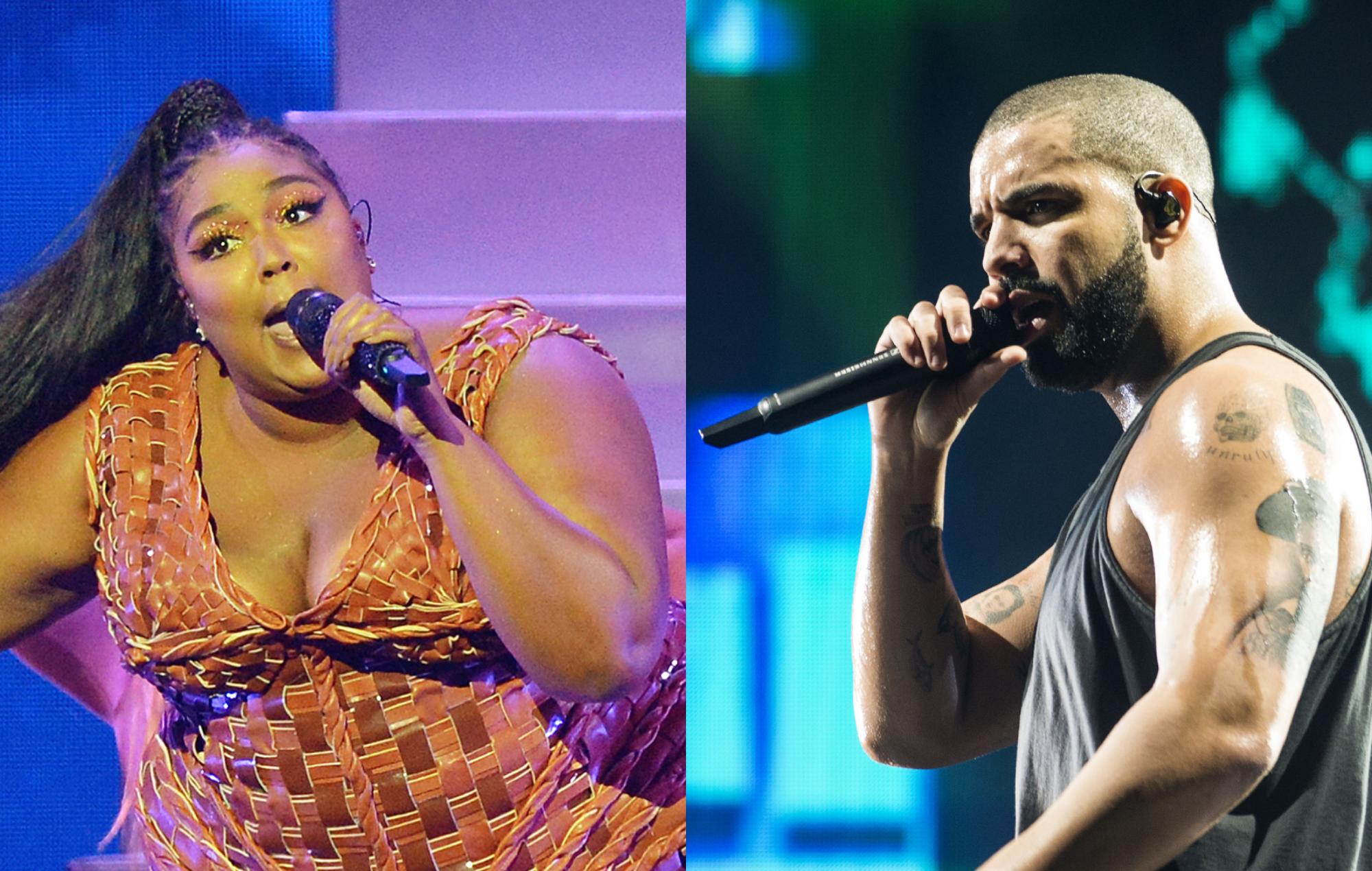 Lizzo talks Drake lyric in ‘Rumors’: “We have a small relationship”

Lizzo has addressed a notable lyric from her new Cardi B-featuring single ‘Rumors‘.

In one of verses of the song, which was released on Thursday (August 13), the pop star raps: “Last year, I thought I would losе it / Readin’ shit on the internеt / My smoothie cleanse and my diet / No, I ain’t fuck Drake yet (Ha).”

Lizzo has now explained why she chose to namecheck Drake in the song. She told Apple Music’s Zane Lowe: “I just thought it would be so funny to say. I have a small relationship with him. He’s very cool. I just feel like women, there’s so many times where girls’ names get dropped in songs because they’re fine.”

Meanwhile, Cardi B has defended her ‘Rumors’ collaborator after the singer discussed tearfully online trolls who spread negative comments about her following the release.

“People who have something mean to say about you, and for the most part it doesn’t hurt my feelings, I don’t care,” Lizzo recently said on Instagram Live. “I just think when I’m working this hard, my tolerance gets lower, my patience is lower. I’m more sensitive, and it gets to me.”

On Twitter Cardi retweeted the video and stood up for Lizzo, slamming her detractors in the process. “When you stand up for yourself they claim your [sic] problematic & sensitive. When you don’t they tear you apart until you crying like this,” wrote the rapper.

“Whether you skinny, big, plastic. Remember these are nerds looking at the popular table.”

In other news, Lizzo is joining acts including Coldplay, Ed Sheeran, Doja Cat and Christine And The Queens and for Global Citizen Live next month.