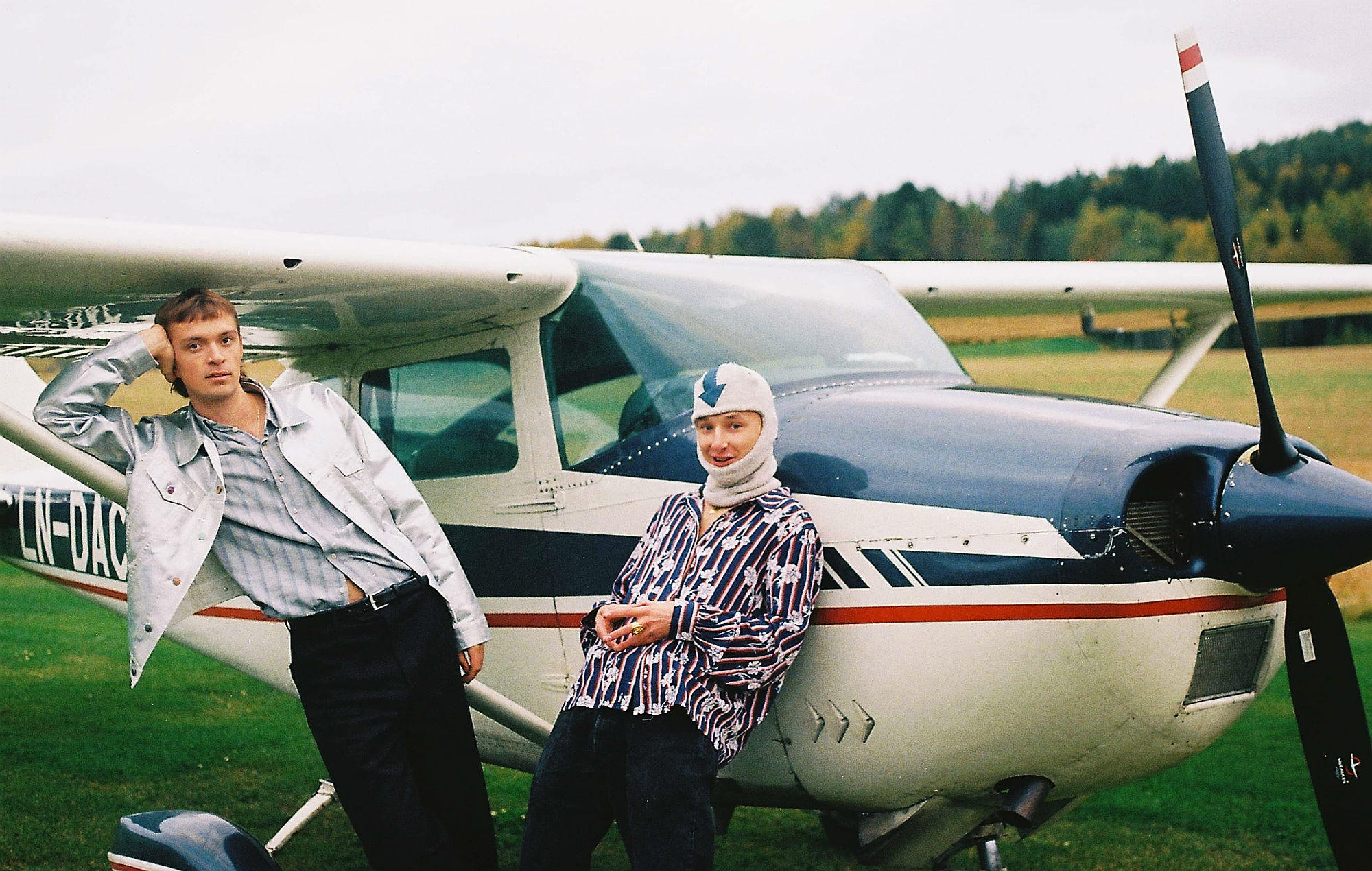 Producer and Sløtface bassist Lokoy has announced details of his debut solo album ‘Badminton’, as well as sharing the high-flying video for new single ‘Both Eyes’ featuring Norwegian rapper Safario. See it first on NME below.

Having previously collaborated on Safario’s ‘Go Crazy Go Stoopid‘, the duo have teamed up again for ‘Both Eyes’ – a Blur and Beastie Boys inspired track recorded and mixed in just eight hours at Lasse Lokoy’s home studio on their mission to “make a banger in one day”. It comes complete with a video that sees the pair take to the skies in a bi-plane to perform the song.

“We met at my studio on a Sunday. We were supposed to finish an old song, but then Kacper [Safario] said ‘We’re making a banger today’,” said Lokoy. “And so we started. And it was just the most natural process ever where everything just fell into place instantly. We spent 8 hours there in the studio and the mix we’re releasing is the raw mix from the session and we literally haven’t touched the song since.”

He continues: “Lyrically the song looks at how we’re warping and altering our realities on social media, to make it look like our lives consist only of sunny days: ‘Don’t lie, don’t lie, let’s keep it honest online, online, who can really see your both sides, both eyes?’. Electronic life is malnourishing for people.

“Everyone should stop hiding what’s difficult in their lives! Those more troubling times are a big part who we all are – and it’s important to deal with them and not just brush them under the carpet.”

Having won attention from critics for his debut EP ‘Can We All Go To Bed’ and collaborations with the likes of Girl In Red and Depresno, Lokoy’s adventurous debut album ‘Badminton’ sees the producer explore pop, indie and electro with the help of more rising Norwegian talent, including Nils Bech, Emilie Østebo, Sofus and Moyka.

‘Badminton’ will be released January 22, 2021, via Lokoy (under exclusive license to Propeller Recordings).