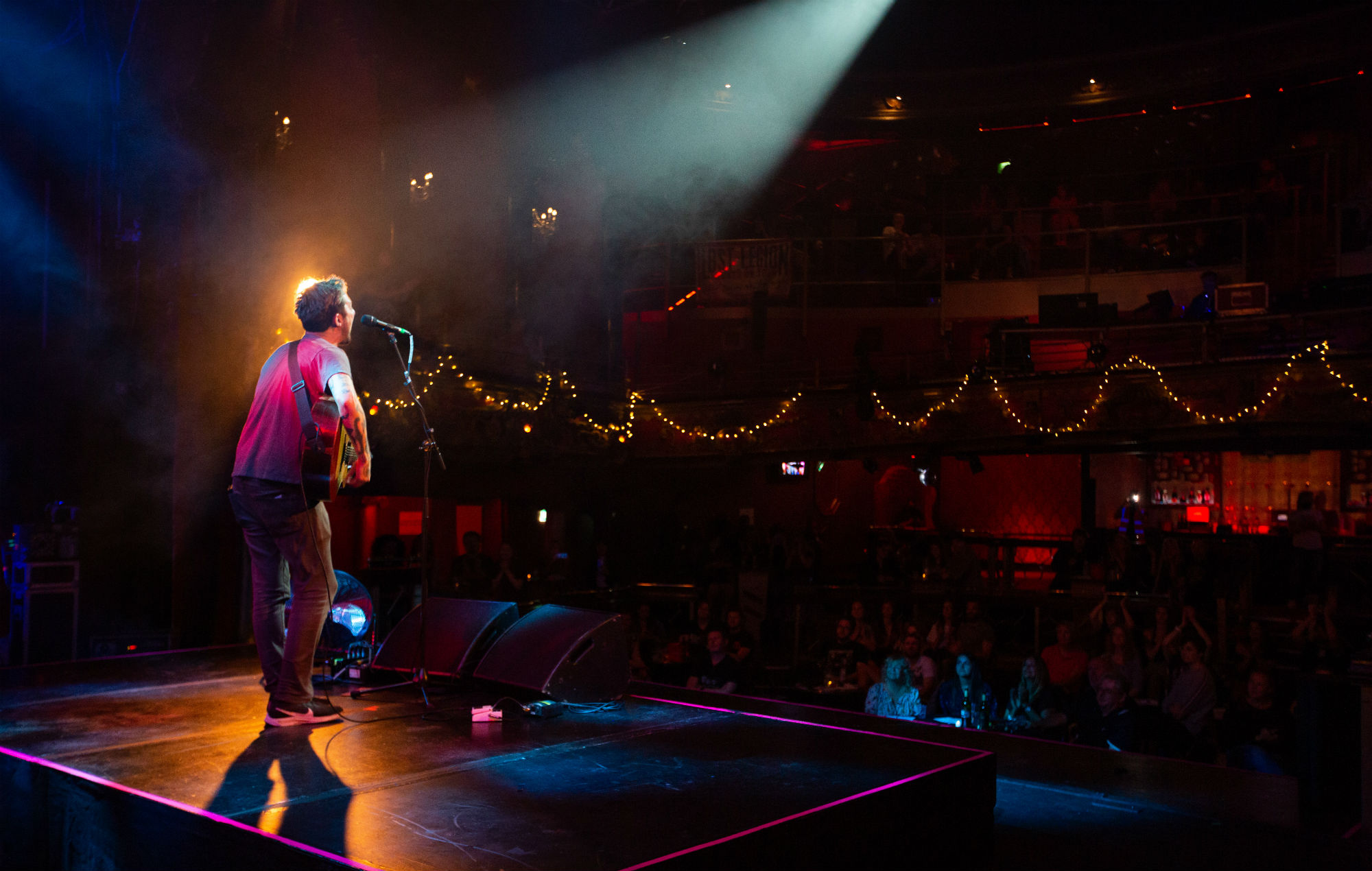 The boss of the London venue The Clapham Grand has said that they are going ahead with plans to hold more socially distanced gigs in the near future.

The south London venue hosted Frank Turner for a government-backed trial show last month, although manager Ally Wolf later admitted that the pilot “did not succeed” in providing a blueprint for the return of live music in the coronavirus era.

Despite that bleak outlook, Wolf has now said that the Clapham Grand is aiming to continue hosting reduced capacity shows under the current restrictions, and they’ve already started taking bookings for September onwards.

“No one is going to be able to tour on any level for at least six months,” Wolf told Music Week. “Even after that I don’t know if it’s going to be back to where it was, so I feel like people need to get their heads around doing stuff that’s a bit different.

“And if it means that you can bring people back to work, people can come out and enjoy shows, and acts can play, then surely that’s better than everyone being sat at home? I would be a fool not to try and actually make this work, otherwise I might as well just be burning 50 grand a month without having a venue.”

Wolf said that the Turner trial gig “was a beautiful thing” despite the subsequent media focus on his comments about the financial aspect of staging socially distanced shows.

“But the Clapham Grand is an incredibly versatile space,” Wolf added. “I can sell 200 table tickets for a show and make it work for live music, comedy, drag, movies… Multiple event formats fit in the venue because of the nature of its design.

“It’s really important for the venue to be able to bring the industry onside because I want to bring concerts back. Otherwise I might just burn half a million pounds and come back in Easter, by which point there will be no venue to come back to and everything will have dropped off a cliff.”

This sums up last night perfectly! ❤️ The amazing Frank Turner and the incredible audience for our first live show since lock down, 4 & 1/2 months after being closed, and the 1st in the UK! 👊 We’d like to say a MASSIVE thank you to everyone who helped pull this Government backed pilot show together, from the performers to our amazing staff and the wonderful audience who came. It was a magical night for all of us to be back doing what we all love. 🥰 These are the biggest baby steps of all time, but baby steps they are…. keep your 👀 peeled on what we do next…. We have ltd signed posters of this moment of history here: on our crowdfunded (link in bio) 🙏 All proceeds go to helping us reopen and stay open. 🎉 Incase you were wondering he was joined (in a nod to the no signing-along guidelines) by silent performers of our past: Charlie Chaplin, Marcel Marceau & Mr Bean (cardboard cut outs naturally – how us!) 😂 Amazing photo skills by @capturedbycorinne 📸

Wolf confirmed that the Clapham Grand has applied for funding from the Arts Council to refurbish their upper circle, which would enable the venue’s socially distanced capacity to be upped by 100.

“There’s not a one-size-fits-all solution here, but I’ve certainly got the capability to deliver an incredibly safe experience for customers, who have been starved of something they’re dying to watch again, and give acts the platform to play live again in a really good venue that actually feels like a show,” he said.

“So let’s get something going, let’s get some acts in, try and bring some agents on board. Let’s try and work with some promoters and bring people’s heads around to an ‘in between’ stage of live music that doesn’t have to be shrouded in the financial doom and gloom of the bigger picture because, ultimately, all the customers want is a night out.”

Last weekend, the owner of Edinburgh venue Sneaky Pete’s criticised the Scottish government after it recommended that live venues, clubs and bars be prohibited from playing background music in their premises.