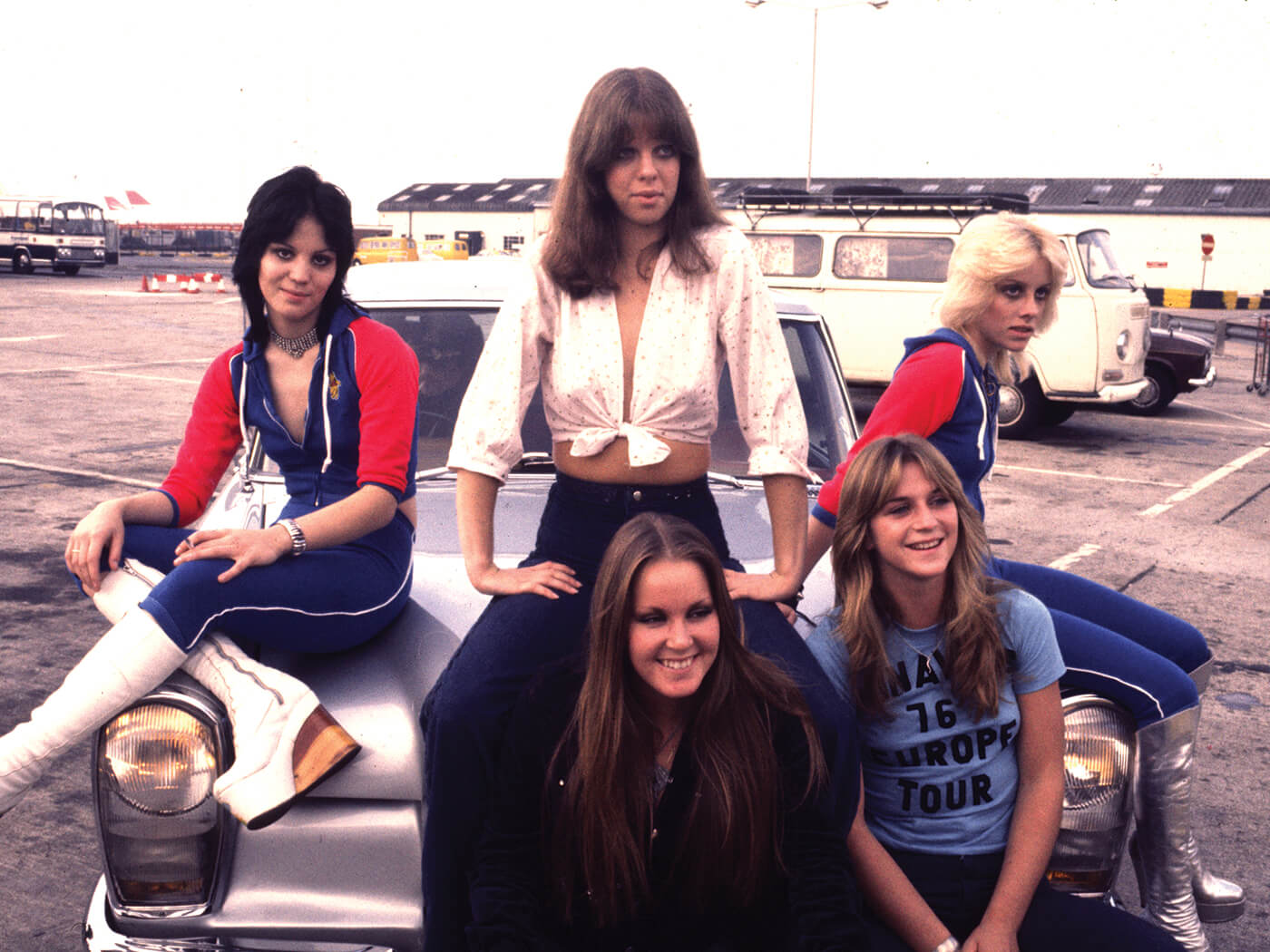 Looking back, there have always been clues. The Stones’ Stray Cat Blues, with its 15-year-old protagonist. Ted Nugent’s Jailbait. Iggy Pop’s Look Away – the lyrics referencing the relationship between teenage model Sable Starr and the New York Dolls’ Johnny Thunders. There are “countless” instances of what Runaways co-founder and songwriter Kari Krome calls “little girl songs”. So many, she says, that “it’s become a thing that’s normalised”.

The music industry has yet to experience a #MeToo movement of the size and scale of that which hit Hollywood and other industries in 2017. For Krome and the other women interviewed in Look Away, this normalisation is partly to blame. Of the stories that anchor director Sophie Cunningham’s narrative, none are new – Cunningham told Sky News that “money and power” prevented her from sharing allegations made by other women. But the bleak, brutal way in which they are presented would, one hopes, give encouragement to others who feel ready to come forward.

Cunningham’s primary focus is on teenage girls preyed upon by older male rock stars during the ’70s and ’80s – and, strikingly, the infrastructure that supported them. There’s Rodney Bingenheimer’s English Disco on Sunset Boulevard, which had no door policy and “looked like Oz” to the young Kari Krome. There’s the roadie who shrugs his shoulders, says nobody was checking ID – and, by the way, his time with the band ended in “a drug addiction and a divorce”. The manager who giggles as she recalls hiding a musician from the police in her house and arranging settlement of a contested assault charge: “I did what managers do.”

Julia Holcomb never wanted to share her story. Her name appeared in a supermarket tabloid after Aerosmith’s Steven Tyler named her in a memoir. She met Tyler when she was 16 and the singer, enamoured, sought legal guardianship so he was able to cross state lines with the teenager when on tour. Holcomb, now a devout Catholic and anti-abortion advocate, sounds almost wistful as she recalls their first night together: “All we could see was each other,” she remembers. “We talked ’til about 3am.”

They were, after all, just girls, says Jackie Fuchs. The former Runaways bassist, who has alleged that she was raped by the band’s manager Kim Fowley at a New Year’s Eve party when she was 16, is clear that her teenage bandmates and friends should not be held accountable for the attack. The blame, she says, lies only with Fowley and two other adult men present, all of whom are now dead. Fuchs keeps her description of the attack brief, refusing to identify as a victim or perform for an imagined media audience who “feed off watching women cry talking about their sexual assault”.

Signing off with a demand for the industry’s day of reckoning, Fuchs takes aim at the bystanders. “What happened to me was not rock’n’roll at all,” she says. “And it wasn’t OK.”