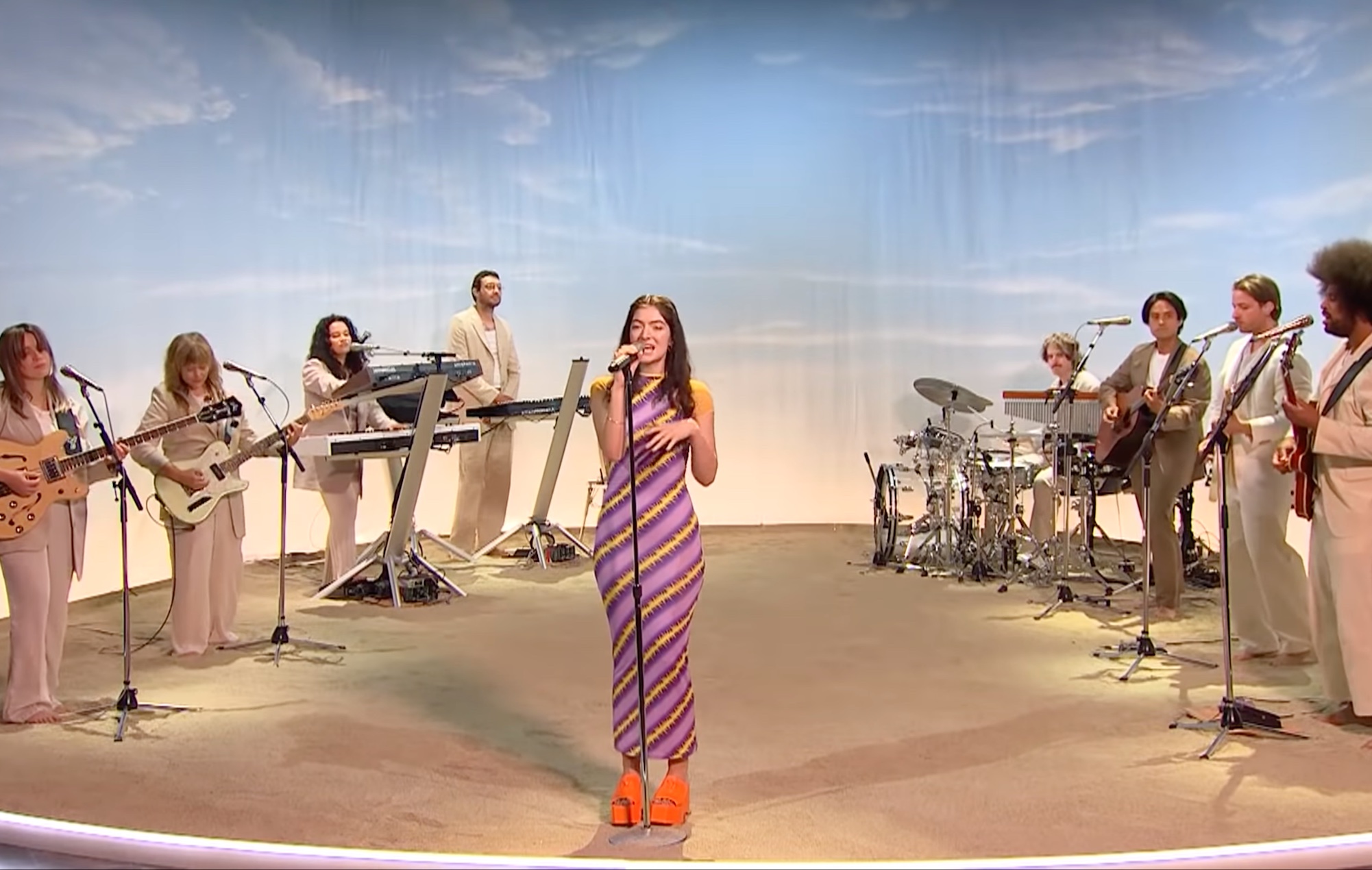 This week, Lorde has taken over The Late Late Show With James Corden for a residency of performances.

Now dubbed The Lorde Lorde Show With Lorde, the singer will perform music all week on the show, and kicked off with a performance of the title track from new album ‘Solar Power’ – watch it below.

Ahead of the performance of the song, Lorde was introduced as the show’s new star for this week (August 23-26), much to host Corden’s disapproval.

Watch the intro and the ‘Solar Power’ performance below:

‘Solar Power’, the long-awaited follow-up to 2017’s ‘Melodrama’, was released last week (August 20). In a five-star review of the album, NME wrote: “‘Solar Power’ reflects Lorde pulling from Earth not just lyrically, but musically too. Where ‘Pure Heroine’ and ‘Melodrama’ were filled with euphoric synths and crisp digital sounds, this album peels away all our technological advances and relies on more organic sounds.

“This is an album that grows in quiet stature with every listen, new nuggets of wisdom making their way to the surface, peeking through its beautiful instrumentation that weaves a stunning, leafy tapestry. Few artists strike gold on every record they create but, for the third time in a row, Lorde has done it again, crafting yet another world-beater.”

Taking to the SummerStage in Central Park, New York, Lorde played a five-song set including the aforementioned album cuts as well as her new record’s title track. She also performed the ‘Melodrama’ singles ‘Green Light’ and ‘Perfect Places’.