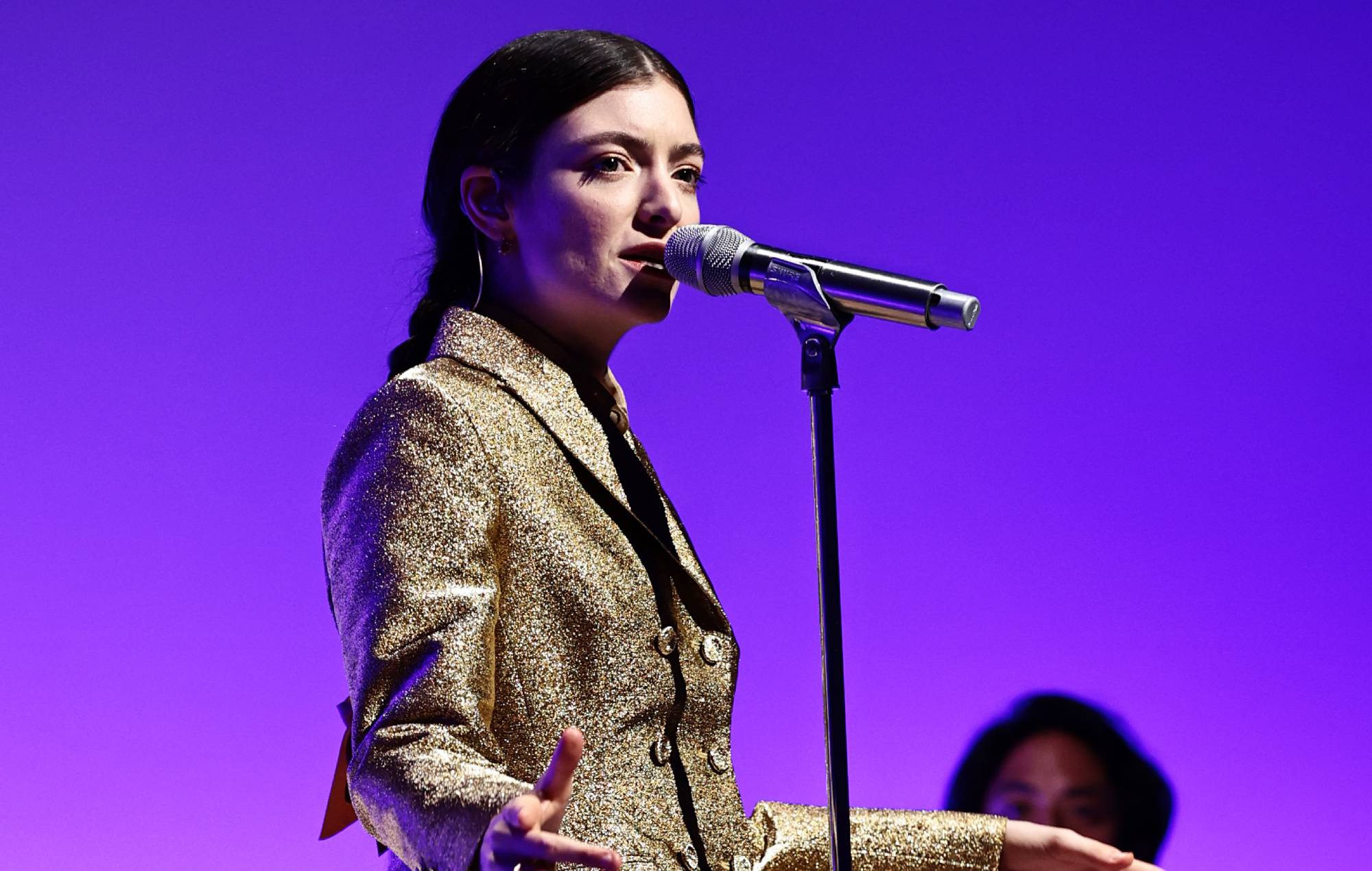 Lorde performs while peeling fruit at the Guggenheim International Gala

Lorde performed an acoustic version of ‘Buzzcut Season’ while peeling fruit at the Guggenheim International Gala in New York – watch the video below.

The singer attended the event on Wednesday (November 17), appearing on the red carpet wearing her hair as a scarf. She then took to the stage dressed in gold, with her live band wearing white suits and similarly peeling fruit during the performance.

The reason for the fruit is not entirely clear, although it is likely a reference to ‘Fallen Fruit’, which had its music video premiere earlier this month.

‘Buzzcut Season’ is a track from her 2013 album ‘Pure Heroine’, which features the singles ‘Tennis Court’, ‘Royals’ and ‘Team’. Lorde also reportedly performed songs from her new album ‘Solar Power’, including ‘Fallen Fruit’ and ‘Leader Of A New Regime’.

‘Solar Power’ was released in August, with NME giving it five stars, writing that the follow-up to 2017’s ‘Melodrama’ “continues her winning streak, as she blazes a trail through the pop landscape with a beautiful paean to nature”.

Lorde also released two new tracks this month – ‘Hold No Grudge’ and ‘Helen of Troy’ – as part of the deluxe version of ‘Solar Power’. In an email to fans, she described the tracks as  “black sheep” but still “big tunes” despite not making the cut.

In other news, the singer recently announced that she would be postponing the Australian and New Zealand legs of her ‘Solar Power’ world tour to February and March 2023. The tour was due to kick off in New Zealand and Australia in March 2022, but these dates have now been pushed back, with uncertainty around the easing of border restrictions, and the recent outbreak of COVID-19 in New Zealand cited for the postponement.


“I am beyond devastated to be postponing these shows,” she commented in an accompanying statement. “Starting the tour in New Zealand was always really important to me, and would have been a huge high.”