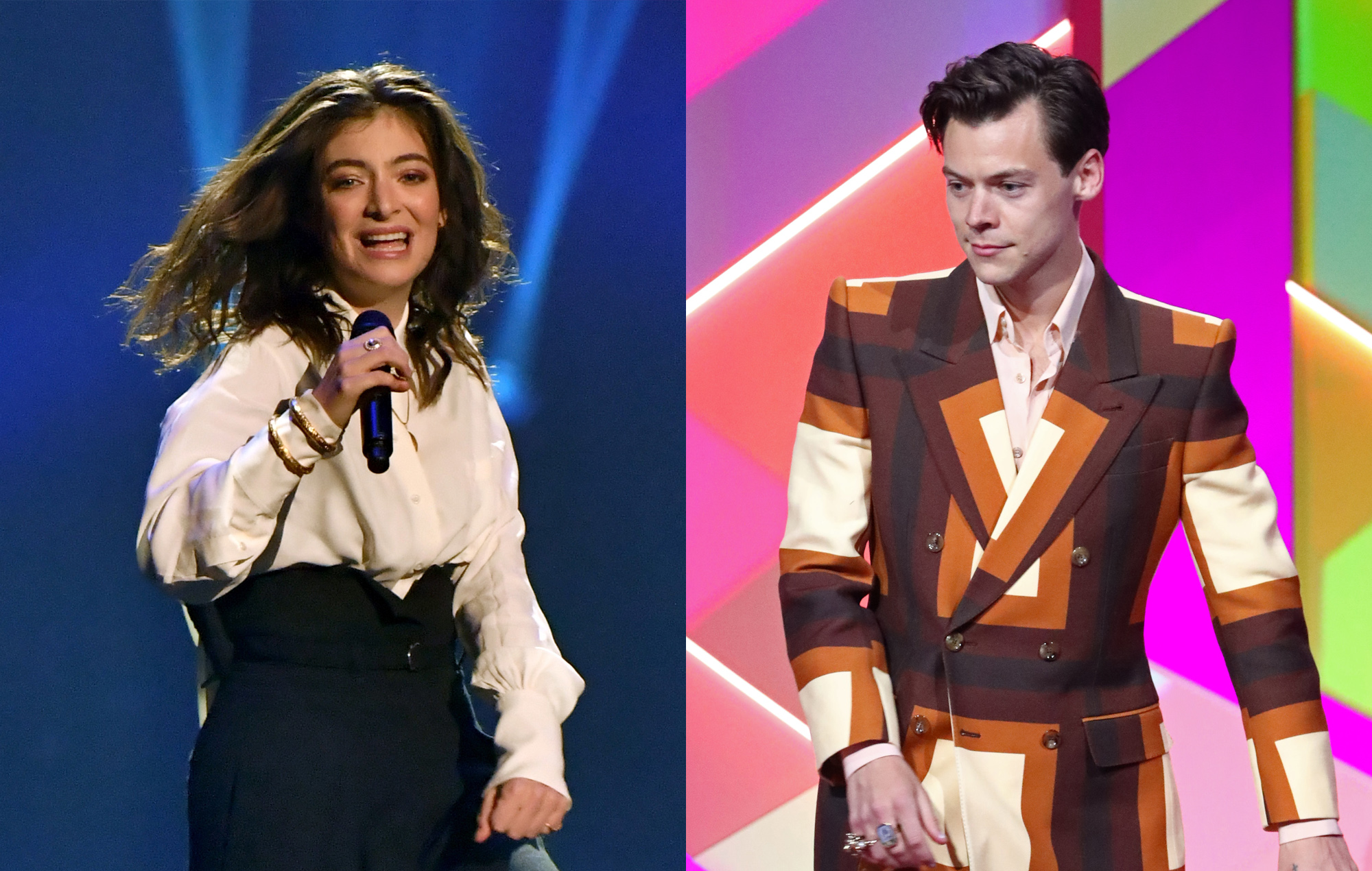 Lorde reveals she wants to collaborate with Harry Styles

Lorde has revealed a wish to collaborate with Harry Styles.

In a recent episode of Vogue’s 73 Questions video series, the New Zealander spilled the beans on the artist she most wants to collaborate with, the first song to make her cry, the sound of her upcoming album ‘Solar Power’ and more.

At one point during the nearly 13-minute segment, Lorde responded “I kinda want to talk to Harry Styles,” when asked which artist she’s “dying to collaborate with”. She also revealed that she was the most starstruck when she met Taylor Swift for the first time.

Watch the complete interview below.

Lorde went on to share more about the songs, performances, and albums that have had a huge impact on her so far. Her pick for the best concert she’s ever attended was Arcade Fire’s headlining set at Coachella in 2014, when she was just 17 years old.

The first song to make her cry was Lou Reed’s ‘Perfect Day’, while she noted that she wishes she had written Paul Simon’s ‘Graceland’. Lorde also thinks that George Harrison’s ‘All Things Must Pass’ gets the nod for the greatest album cover ever, while David Bowie has the best style among musicians – living or dead.

Lorde also briefly described her upcoming highly anticipated third album, ‘Solar Power’. When asked to sum up the record in a single word, she said “reverent”, and called the recording process a “calm” experience. She also picked ‘California’ as the song she’s most looking forward to dancing to off ‘Solar Power’.

In June, it was revealed that ‘Solar Power’ would not be released on CDs in favour of “an environmentally kind, forward-thinking alternative”, Lorde said on social media. When asked about the decision, Lorde told Vogue, “Everything that I make physically, I want it to be something that I have in my house and I don’t have any CDs at my house.”

The Vogue video comes after Lorde performed ‘Solar Power’ on The Late Show with Stephen Colbert and after she joined Seth Meyers for his show’s boozy ‘Day Drinking’ segment.