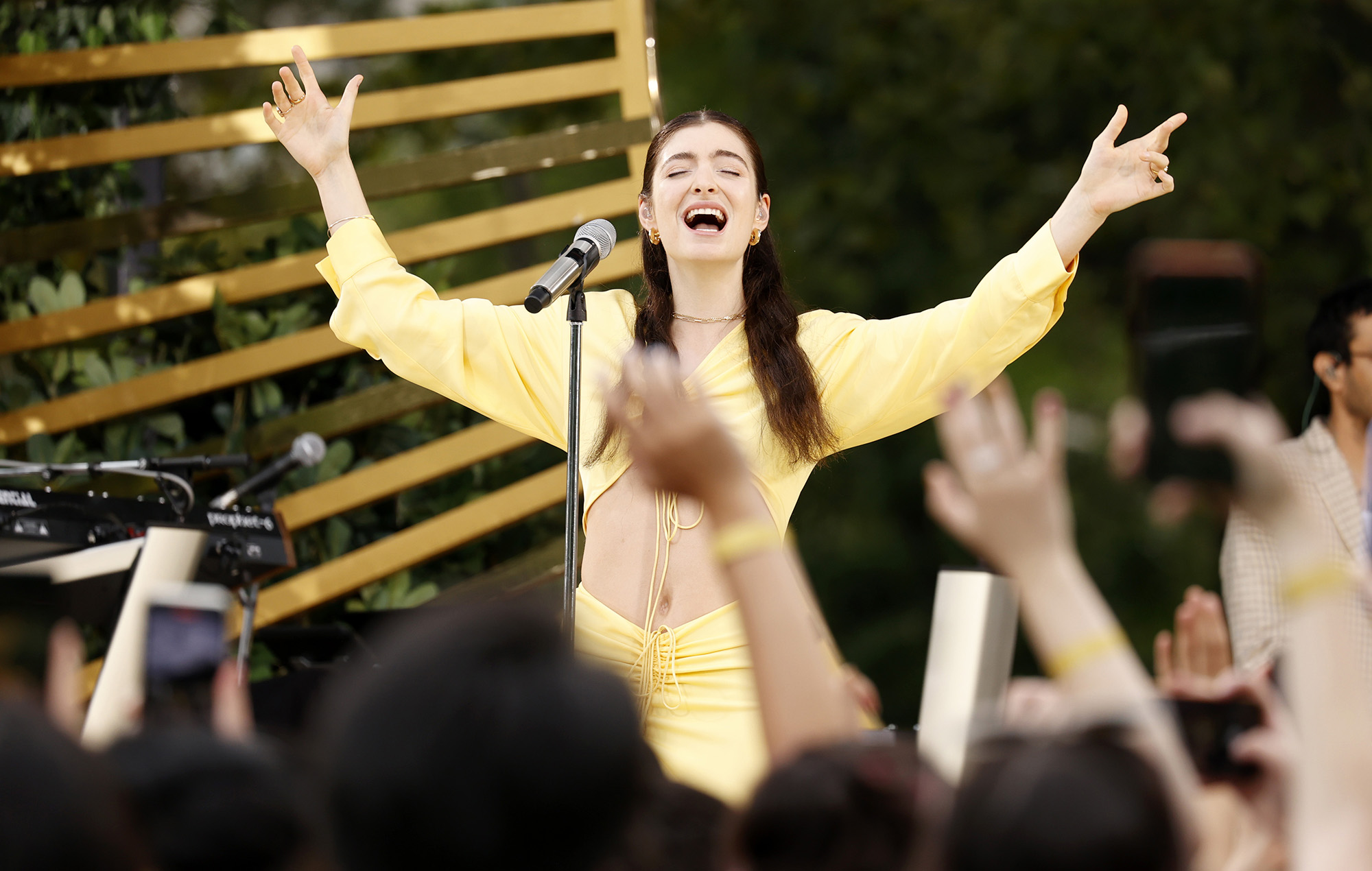 Lorde says she only started getting credited properly with ‘Solar Power’

Lorde has discussed not being credited properly for her creative input throughout her career, and how that changed with ‘Solar Power’.

Lorde spoke to Euphoria‘s Hunter Schafer on the A24 podcast Divine Frequency. Talking about the video for ‘Solar Power’ (which she co-directed alongside Joel Kefali) Lorde said: “I had written all the treatments and helped produce it, because I was super, super involved. It was so much fun to be on that set.”

Schafer then asked Lorde if she’d ever directed before. Lorde replied: “It’s that classic thing for young women, where you’re like ‘I think I do this thing but I’ve never been credited with it and no one’s ever talked to me about it’, whether that’s music production, video directions or graphic design.”

“It takes a second to be like, I know what I’ve contributed to this and my credit should reflect that. It’s definitely been a process for me, figuring out how to voice that. So (the ‘Solar Power’ video) is my first time being called a director.”

Elsewhere in the podcast, Lorde revealed she’d filmed “six or seven” videos for ‘Solar Power’ though only four have been released so far – ‘Solar Power’, ‘Mood Ring’, ‘Leader Of A New Regime’ and ‘Fallen Fruit’.

Last year, Lorde hit out at the “retro” and “sexist” idea that she’s part of Jack Antonoff‘s “stable” of female artists he produces music for.

“I haven’t made a Jack Antonoff record. I’ve made a Lorde record and he’s helped me make it and very much deferred to me on production and arrangement. Jack would agree with this. To give him that amount of credit is frankly insulting,” said Lorde.

“I know that there are certain hallmarks of what Jack does and some of those things I really love and some of them I don’t like,” she added. “And I beat them out of the work that we do together.”


Elsewhere in the podcast with Schafer, Lorde revealed that despite the fact she’s been “obsessed” with Antartica, she realises now she “probably shouldn’t have gone” on a five-day trip there.

The trip ended up inspiring ‘Solar Power‘ but Lorde said: “I will never do anything like it again. I can’t tell anyone to go there, because you shouldn’t be a tourist down there.”