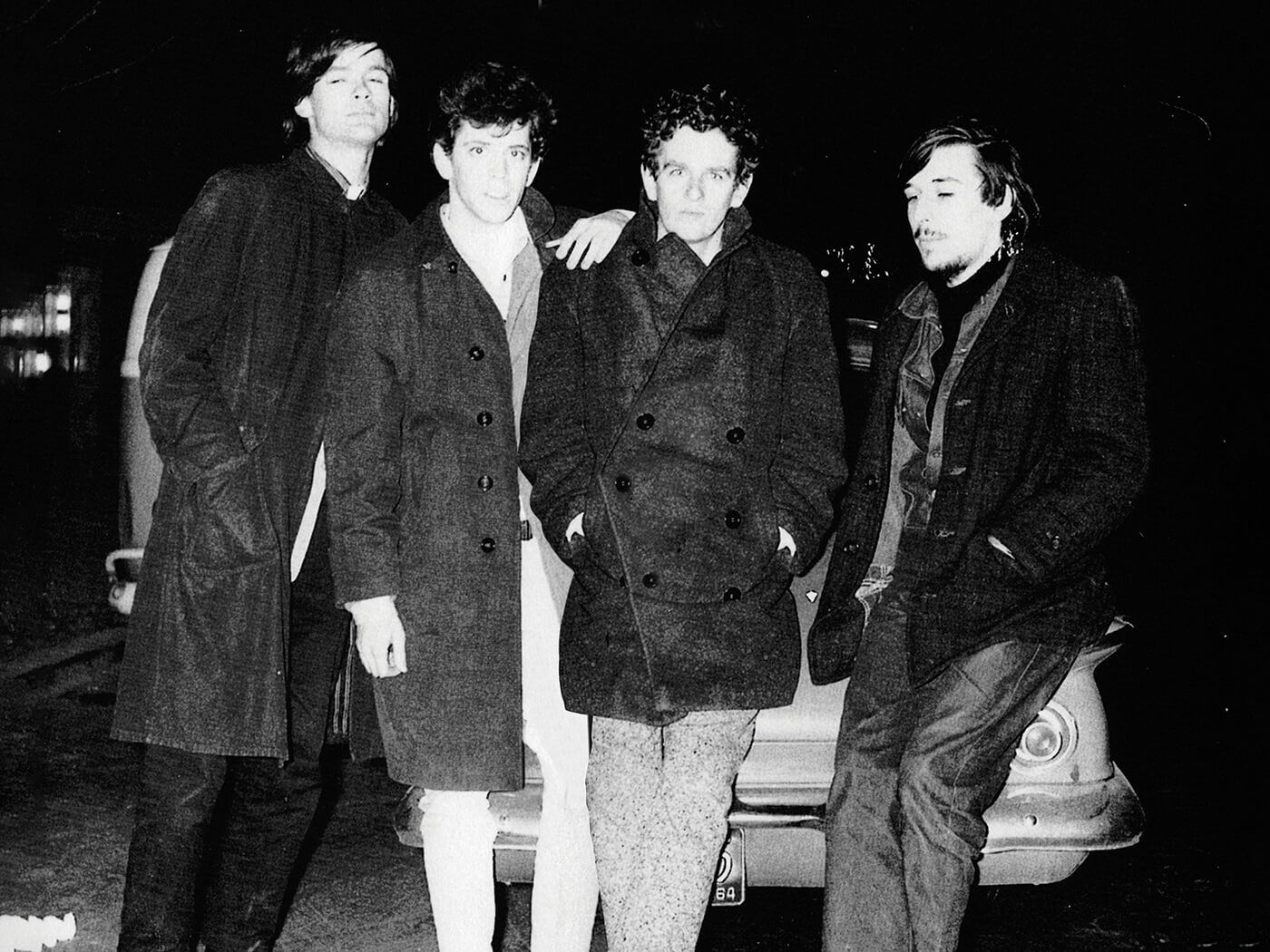 In 1965, Lewis Reed was a half-formed thing. In fluctuating quantities he was a street poet, a reporter, a Greenwich Village folkie, a comedian, a pop hack. He had his own ideas, some of them borrowed, a few of them blue. He was an experiment. He wasn’t yet an original. Run the tape backwards – to 1963/4, say – and it’s evident that Reed’s metamorphosis was speeding up. Back then, when two years in pop history was an age, the Dylanisms came loaded with harmonica and deference to the workmanlike chug of the blues. Peer back further, into the mists of Reed’s teenage imagination, and you’ll hear the innocent joy of doo-wop, but also a pre-echo of The Velvet Underground’s last proper album, Loaded, from 1970. The end and the beginning were the same.

As an act of archaeology, Words & Music, May 1965 is an understated triumph. The album is the first fruit of an exploration of the Reed archive, excavated from the office of Sister Ray Enterprises Inc in New York’s West Village. The collection reaches from Reed’s final performance in 2013, back to his high school band, The Shades, from 1958. Over 600 hours of tapes were found and catalogued. The bulk of this album comes from 1965, from a 5” reel-to-reel tape that was found in a package Reed had mailed to himself at his parents’ house in Freeport, New York, as proof of copyright.

Deep context is provided by the inclusion of that 1958 rehearsal tape of The Shades doing a song called “Gee Whiz”, with Reed on guitar and lower harmony vocals. The Shades were a doo-wop group who recorded one single (as The Jades) for Time Records. The rehearsal tape is a fragment. It captures Reed and lead singer Phil Harris toying around with the tune. Harris suggests the song could be modified. Reed argues for another key, saying, “What do ya have to lose?” The discussion is unresolved, but it’s an interesting moment. Bob & Earl’s “Gee Whiz” is a fragile, floating thing, anchored in an idealised notion of teenage romance. It is insecurity, communicated with vocal purity. Reed and Harris’ approach is more knowing. Heavenly perfection is beyond them, and their efforts bristle with the tidal energy of surf music.

That, though, is a road not taken. Just as Reed modified his singing voice to something approaching the murmur of his mind’s internal dialogue, so he learned to wrap his sincerity in the ambiguity of character. Listening to songs such as “Heroin”, “I’m Waiting For The Man” and “Pale Blue Eyes” in their earliest stages releases them from the bondage of Reed’s persona. There are two passes at “I’m Waiting For The Man”. The first strides out like a Johnny Cash gunslinger, but there’s a hint of the nursery in the circular twang of the tune. The conversational parts are acted out comically, with John Cale playing the dislocated white boy as an English fop, before a harmonica solo drags the narrative up the stairwell. The second take is faster with the comedy subdued, but the rhythm jitters until it implodes.

On “Heroin”, Reed delivers a near catatonic performance with blurred diction and hesitant two-chord guitar, but the tune rushes as the narrative develops. There are lyrical anomalies – a squirt instead of a shoot – but the song is basically complete. “Pale Blue Eyes” is similarly hesitant, with Reed and Cale’s bruised harmonies bringing it home. There are many lyrical differences, but the chorus’s exhausted melancholy is intact.

These sketches give a sense of how Reed’s songs would be finessed. The less familiar tunes reverse the telescope, throwing the focus on the way Reed bullworked his writing muscles, toying with novelty and genre. Just as “Heroin” shows the influence of Reed’s poetic sensibilities, songs such as “Buzz Buzz Buzz” and “The Buttercup Song” illustrate the playfulness that developed from (or perhaps earned him) his job as a staff writer at Pickwick Records, winning credits on songs by bands such as The Beachnuts, The Roughnecks and Spongy And The Dolls. Songs in this context were exercises that could be elevated with a modicum of wit. “The Buttercup Song” is a novelty, verging on Monty Python parody, with Reed and Cale just about making it to the end of a lyric that tips a wink to bestiality and an androgynous goldweed.

In terms of understanding what worked, Reed is at his best when he eschews the blues and dumps the harmonica. What these early sketches show is that by combining novelty and song craft with the soul of a poet, Reed could reach higher. Humour could sweeten his mordant imagination. Plus – no minor consideration – John Cale was a great foil, challenging but not erasing Reed’s rock’n’roll manners.

And so it begins, as Cale takes the vocal on “Wrap Your Troubles In Dreams”. It’s a folk nursery rhyme, musing on death, yet it sounds like something from Bagpuss, a warping of innocence that is both comforting and disturbing. Suddenly everything is in place.