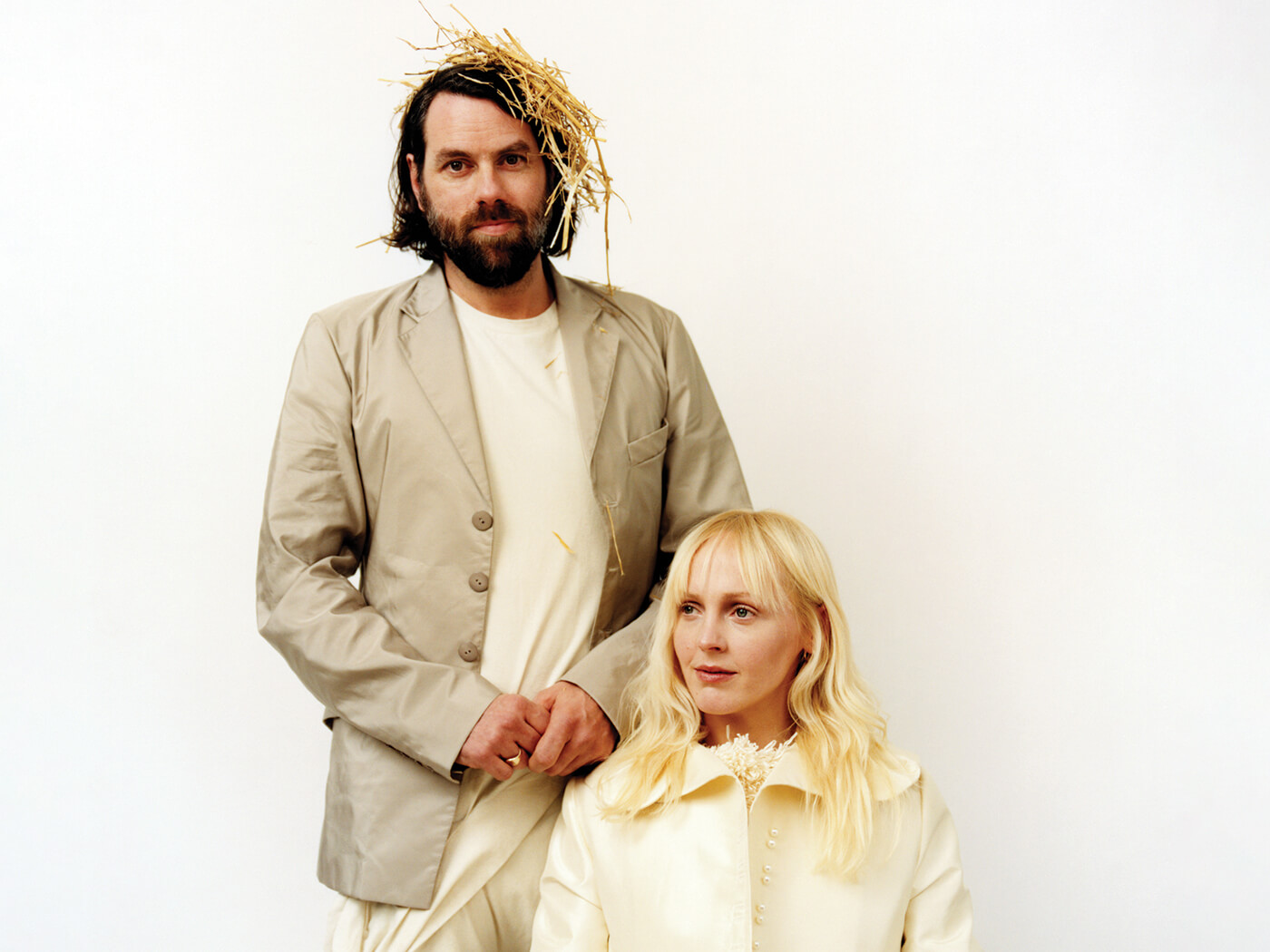 Anyone familiar with the eponymous 2018 debut by LUMP – Laura Marling and Tunng’s Mike Lindsay – will recall that the album ended with a track called LUMP Is A Product, which saw Marling list the personnel involved in making the record. The businesslike delivery was what her fans have come to expect from her. There are no outward signs of levity here. If Laura Marling derives any cathartic release from the act of writing and recording her songs, that’s something she withholds from view. Which isn’t to say that she’s a cold fish (of the hundreds of artists this writer has interviewed over the years, she remains the only one who made us soup), it’s just that if Marling is having a brilliant time, it doesn’t quite manifest itself in all the usual ways.

It must surely, then, speak volumes about Marling’s collaborator in LUMP that she decided to return to do it all over again, complete with another end-credits monologue on the plaintively pretty closer Phantom Limb. And, indeed, the longer you spend with these 10 songs, the easier it is to see why. Mike Lindsay has, almost by stealth, evolved into a kind of low-key Eno for the Green Man generation. Like Eno, Lindsay seems to understand that a true sense of freedom is best attained by setting out fixed parameters. In the case of LUMP’s second album, these parameters came courtesy of a change of scenery. Relocating to Margate after a four-year spell in Reykjavík, Lindsay’s new coastal setting prompted the observation that “waves go in circles of seven, so I started to write all the music in seven form”.

For Marling, arriving in the studio with nothing prepared, that must have been a surprise. “Pulling out the rhyming pattern in the tracks that were written in 7/4 was very difficult… to get my head around,” she recalled. To say that she rose to the challenge barely scratches the surface of what she and Lindsay have actually achieved on this record. In fact, it’s hard to square the record’s genesis with the sheer accessibility of the resulting songs. As the first song to be released from Animal, its eponymous title track hints at this harmonious outcome. “Dance, dance, this is your last chance to break a glass heart just like you wanted”, she sings over a synth hook that could just as easily have escaped from a Daft Punk record. Even taking into account the mid-song groans that pass for a middle eight, it’s the most poptastically funky moment of Marling’s musical life.

That said, it’s a close call. Gamma Ray further underscores the realisation that Marling’s icy intonation is an improbably mesmerising vessel for a killer chorus. With her and Lindsay, it’s all about establishing a synergy of incongruents, with the almost disruptive syncopations of his backing tracks somehow never quite managing to reach the altitude needed to disrupt the imperious glide of Marling’s melodies. This fertile tension also appears to be the fuel source of Bloom At Night – over an intensifying sonic tableau of small-hours twinkletronica, Marling’s melodies defy tempo and time rather like the young Morrissey once used to do with Johnny Marr’s freshly painted instrumentals.

It’s a formula that also delivers on the album’s more muted passages. Freed from the obligation to write lyrics whose meaning is immediately apparent to her, Marling often comes on like an intrigued bystander to her own utterances. Over a series of pensive tom rolls and clarinet trills, Red Snakes sees her both invested and detached from the karmic denouement she appears to be describing, much like a newsreader might be. It’s not exactly a shoo-in for the 6 Music playlist, and yet here’s the odd thing about Animal: wherever you care to drop the needle or let the shuffle button take you, the essence of this collaboration and the velocity of its execution somehow hoovers you up and brings you along.

In interviews, Lindsay has attributed much of the warmth of his recent productions to his acquisition of an Eventide H949 Harmonizer – the tuning device used to confer a treacly thickness upon the sound of records as disparate as David Bowie’s Low and Van Halen’s Jump – and its almost ABBA-like effect in doubling up Marling’s vocals on several songs instantly ups the pop quotient. But history is littered with forgotten clunkers that no amount of hardware could enhance. Perhaps then, there’s a more prosaic explanation for the secret sauce that keeps you coming back to Animal: sometimes, it’s just fun to find yourself in the company of people having fun.