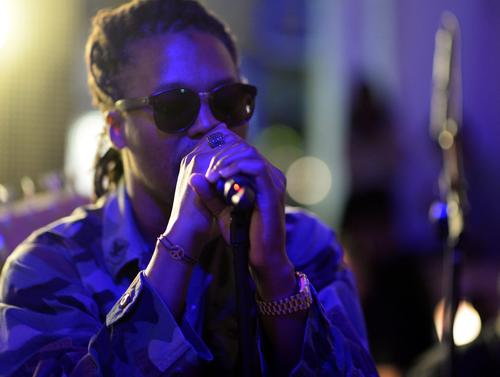 Lupe Fiasco has time today. Shortly after accusing Kendrick Lamar and SZA  biting the artwork from his forthcoming DROGAS Wave project, and getting into a brief exchange with Top Dawg Entertainment co-President, and Kendrick’s long-time friend Dave Free, the emcee decided to take a few questions from th fans regarding his opinions on KDot, and his sentiments are less than favorable in the case the Compton rapper.

If you’re hip to Lupe’s predispositions about Kendrick Lamar, you’ll recall that it was back in 2014 that the Chicagoan relayed that he felt rappers King Los and Logic were better lyricists than the DAMN. rapper, and on Saturday when a fan prompted Fiasco on whether or not he truly meant what he said those years back, he stood his ground, fering new insight on the opinion.

“I’ll put it to you like this,” he began in the first a few tweets that have since been deleted. “KDot is not a top tier lyricist to me and my standards when it comes to punchlines and bars. His overall lyrics are good his stories phenomenal BUT punchline entendre lyrically I don’t see it.”

When another user on the app went on to state that Kendrick could dominate any one Lupe’s tracks, he also responded by voicing just the opposite.

“I’ve never been destroyed…The only issue the world thinks I have with KDot and I actually do is that I think his Control verse is super wack and overhyped to be a verse claiming you are the best rapper. It was very weird.”