It seems Kendrick Lamar isn't Lupe Fiasco's favorite person at the moment. Over the weekend Lupe got a lot attention after he accused K.Dot stealing the artwork from his Drogas Waves album and riding his wave in general. He got some backlash for that. But instead backing down, Lupe followed that up by talking badly about Kendrick's lyrics. 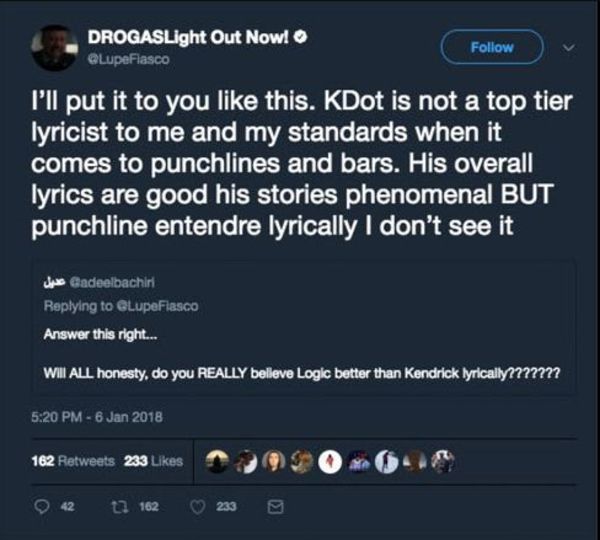 Then someone Tweeted that Kendrick's "Look Out for Detox" destroyed anything Lupe had ever put out. The Chicago MC responded to that and also had something to say about Kendrick's much talked about "Control" verse from 2013. 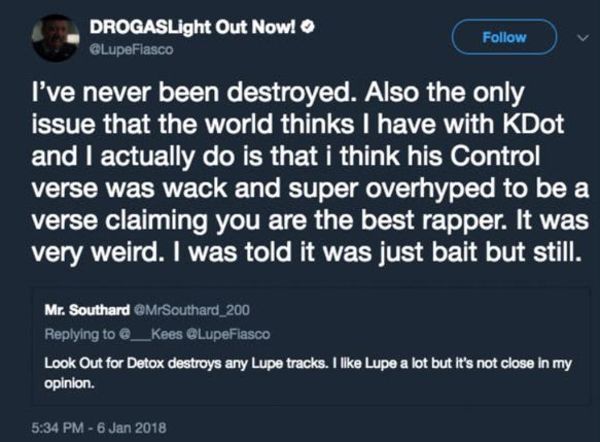 Between accusing Kendrick swiping his album cover and persona and now dissing his lyrics, why do you think Lupe speaks so negatively about him?