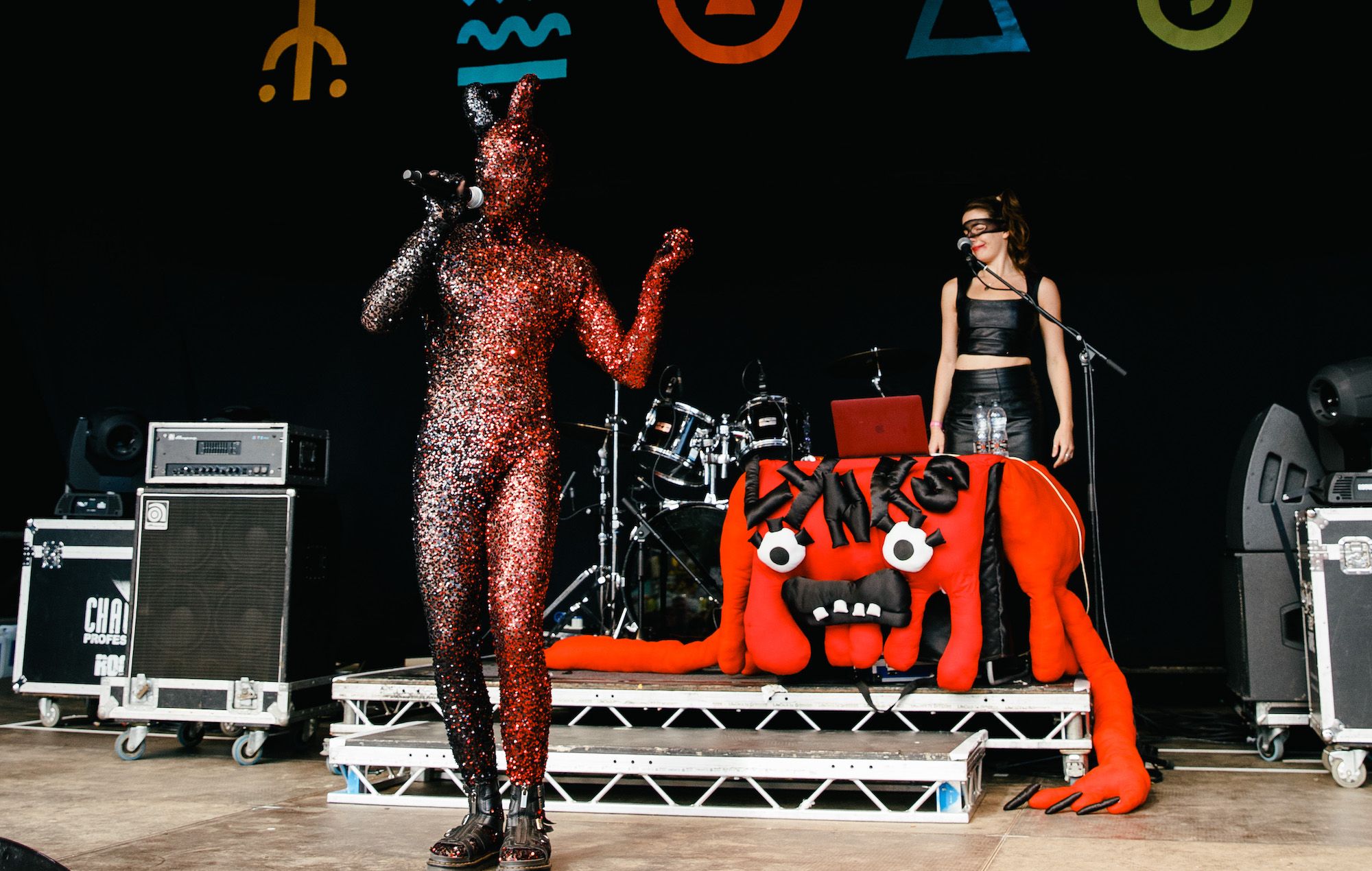 Lynks has announced that they will play a special secret set at Reading Festival 2022 this afternoon (August 28) – get all the details below.

The 2022 edition of the festival concludes today with headline sets from The 1975 and Halsey, while secret sets from Pendulum, Don Broco and more have peppered the weekend.

Taking to Twitter to confirm their appearance, Lynks confirmed that they will perform on the BBC Introducing Stage in Reading at 2.45pm this afternoon.

Get all the details below.

Last night (August 27) at Reading, Arctic Monkeys and Bring Me The Horizon played co-headlining sets. Reviewing Arctic Monkeys’ UK comeback, NME said: “Whether tonight ranks as one of the band’s definitive sets is still up for debate; the Yorkshire homecoming in Leeds could still take the mantle. But here the band look comfortable in the sweet-spot, one where both chant-along indie classics and more esoteric concoctions can co-exist in each and every setlist.”

Bring Me The Horizon, meanwhile, put on “a triumphant, hard-won victory lap” according to a five-star NME review of the set, which featured an appearance from Ed Sheeran on ‘Bad Habits’.

Elsewhere on Saturday, Fontaines D.C. welcomed a fan on stage to play guitar with them during ‘Boys In The Better Land’ and Pendulum collaborated with Enter Shikari during a surprise set

Reading Festival concludes today, with The 1975, Halsey and Charli XCX while Bring Me The Horizon, Wolf Alice and Arctic Monkeys are set to close Leeds Festival.