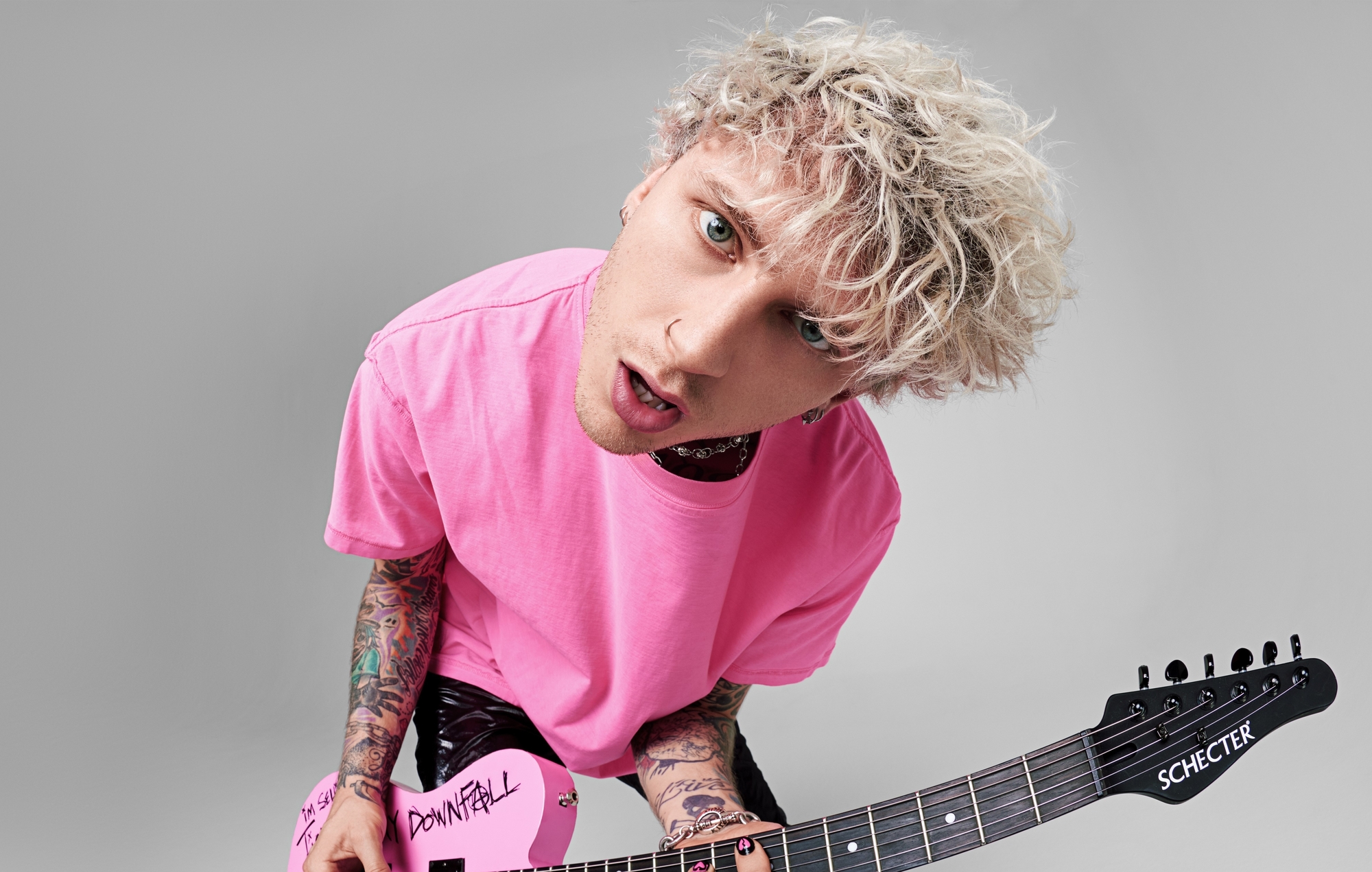 Machine Gun Kelly has announced the release of his next album, ‘Born With Horns’.

News of the follow-up to last year’s ‘Tickets To My Downfall’ was unveiled on the rapper-rocker’s Instagram page earlier today (August 9), where he shared a video of of him and the album’s executive producer, Travis Barker, brandishing new tattoos of the LP’s title.

“‘born with horns’ the album. we’re back for round two…” Kelly captioned the short clip, which you can see below.

It comes after Machine Gun Kelly confirmed last month that he had some new music coming sometime in August.

It’s not completely clear whether ‘Born With Horns’ will be a rap or a rock album – MGK is known for switching between the two genres – but the caption alludes to it being the latter, as this would be the second time he and Barker have worked together after ‘Tickets To My Downfall’, a pop punk album.

MGK teased the first single from the forthcoming album on his Instagram page yesterday (August 8). The music video for the track, directed by Cole Bennett, will be released on Wednesday (August 11) at 9:00pm PST.

He opened his eight-track set with ‘Kiss Kiss’, taken from ‘Tickets To My Downfall’, and then he delivered a cover of Paramore‘s ‘Misery Business’. After that, he ran through several other cuts from his latest album, including ‘Bloody Valentine’ and ‘My Ex’s Best Friend’.

Meanwhile, a new rap movie starring Machine Gun Kelly will undergo a change of title after the production was called out by the brother of the late Mac Miller.

The movie was set to be titled Good News, a direct nod to Miller’s first posthumous single, and the storyline was reportedly inspired by artists such as Miller himself, Juice WRLD and Pop Smoke who have all faced untimely demises.

Kelly is set to portray an artist making his way in the industry, but the production has faced backlash from Mac Miller’s brother, Miller McCormick.

“Fuck you, fuck your movie, at least change the title,” McCormick recently wrote on social media.

It has now been confirmed that the film will undergo a title change, with producers apologising for being “disrespectful”.