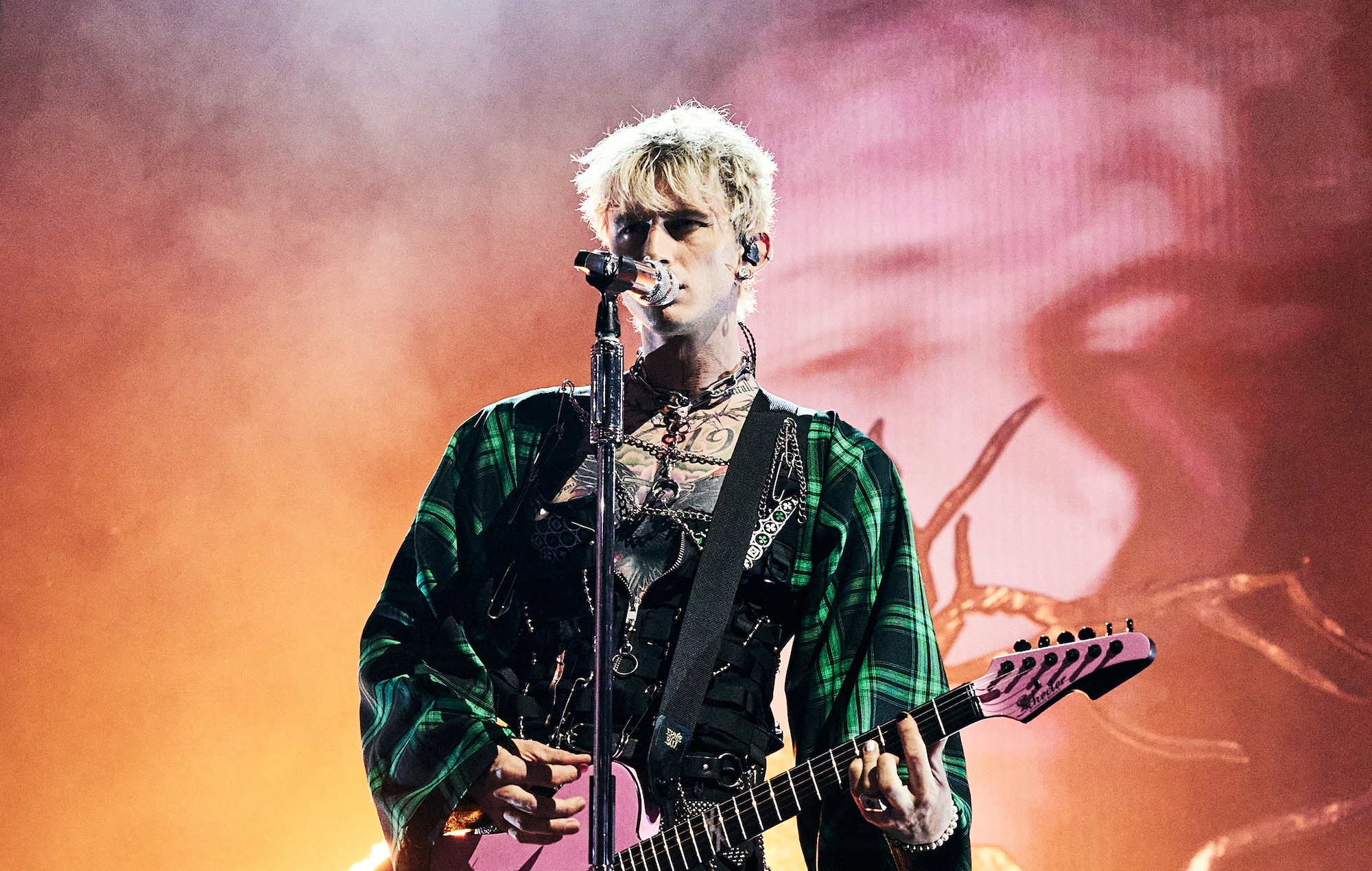 Dubbed the Machine Gun Kelly Signature PT, the instrument comes in a vivid pink, reminiscent of the colour scheme the rapper-turned-pop punk musician used for his latest album, ‘Tickets To My Downfall’.

As reported by Alternative Press, the guitar features a minimal face, an alder body with a C profile (similar to a Fender Telecaster), with a bolt-on neck made from Canadian maple rock.

Its bridge features a single overwound Schecter Pasadena Plus pickup, while a volume control and kill switch complete the guitar’s minimal electronics.

Fans have already been treated to a glimpse of Kelly’s custom instruemnt with the release of the Cole Bennett-directed video for latest single ‘Papercuts’.

In it, Kelly performs using the guitar, while he and frequent collaborator Travis Barker, who features on the track, show off matching tattoos they got to celebrate the announcement of Kelly’s forthcoming ‘Tickets To My Downfall’ follow-up, ‘Born With Horns’.