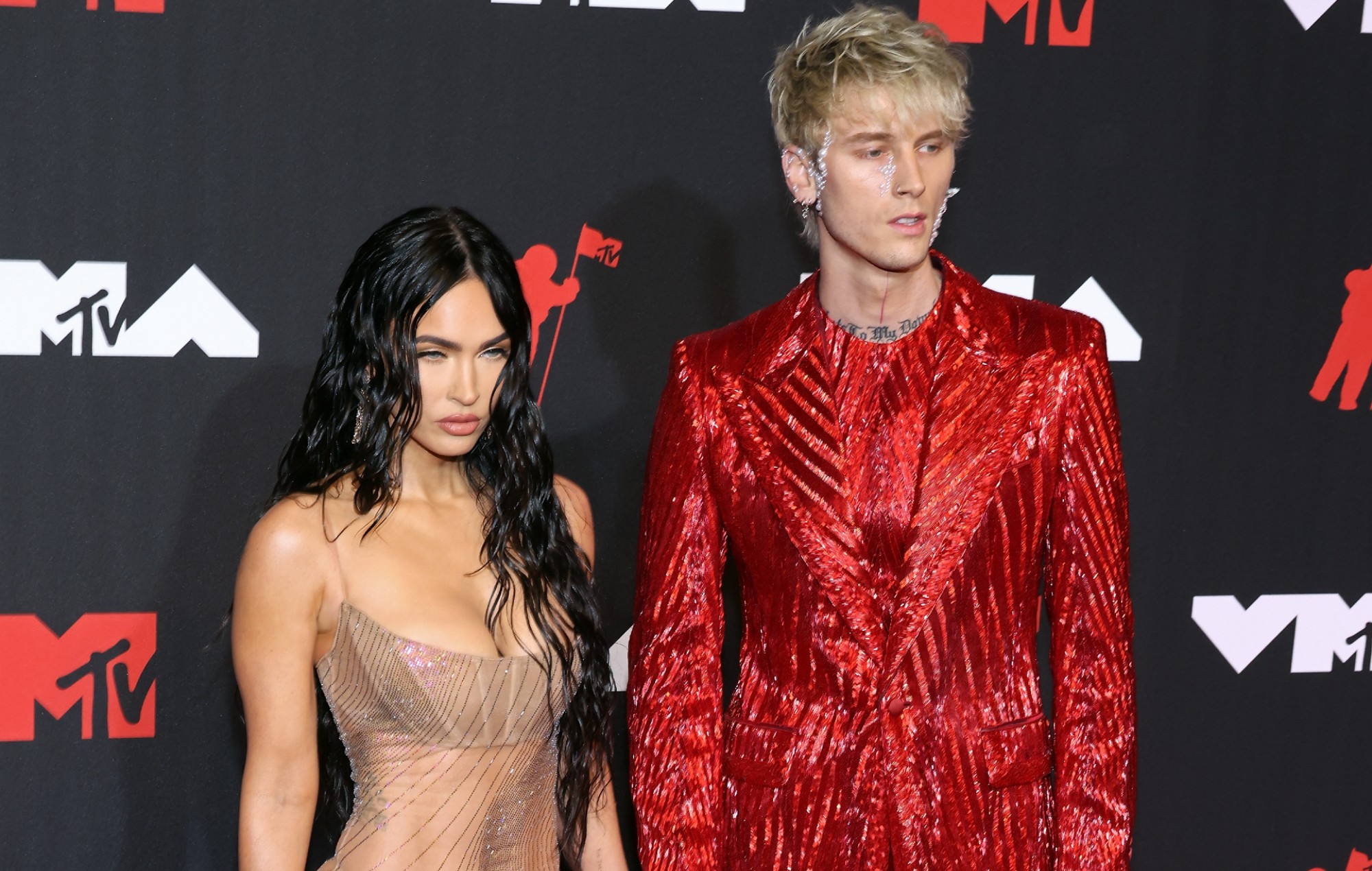 In the early days of their relationship, Machine Gun Kelly says he threw a knife in the air to impress girlfriend Megan Fox – and ended up stabbing himself.

The rapper and rock star – who recently began using his birth name, Colson Baker, again – appeared on The Tonight Show Starring Jimmy Fallon yesterday (December 1), where he told the show’s host he once threw a knife into the air to impress Fox, only to end up stabbing himself in his hand and needing stitches.

Wearing a black t-shirt bearing Fox’s image, Baker explained: “Travis [Barker] got me a knife that had an engraving from the new album on it… I was like, ‘Yo, check this out, this is sick.’

“I threw it up and it stuck in my hand… I looked at her [Fox] and I was like ‘check this out’. The next morning, as soon as she left, I was like, ‘yo, I need stitches real quick.’”

Elsewhere in the interview, Baker discussed an injury his sustained to his coccyx while playing a ping pong game with Post Malone, and a time he fell off stage in an attempt to hoist Pete Davidson in the air.

Check out Baker’s full interview below:

Baker released his latest album, ‘Tickets’ To My Downfall’ back in September 2020. The largely pop-punk effort featured several collaborative singles with the likes of Halsey, Trippie Redd and more.

In September this year, a public feud between Baker and Slipknot frontman Corey Taylor began after the former dissed the metal vocalist at Riot Fest, where Baker said: “Hey, you wanna know what I’m really happy that I’m not doing? Being 50 years old wearing a fucking weird mask on a fucking stage, talking shit.”

Baker’s comments resulted in bottles and branches being thrown at at him during his performance at Aftershock Festival.

The artist also got into a physical confrontation with a fan at Louder Than Life festival in September, though it remains unclear what the motives behind the altercation were.