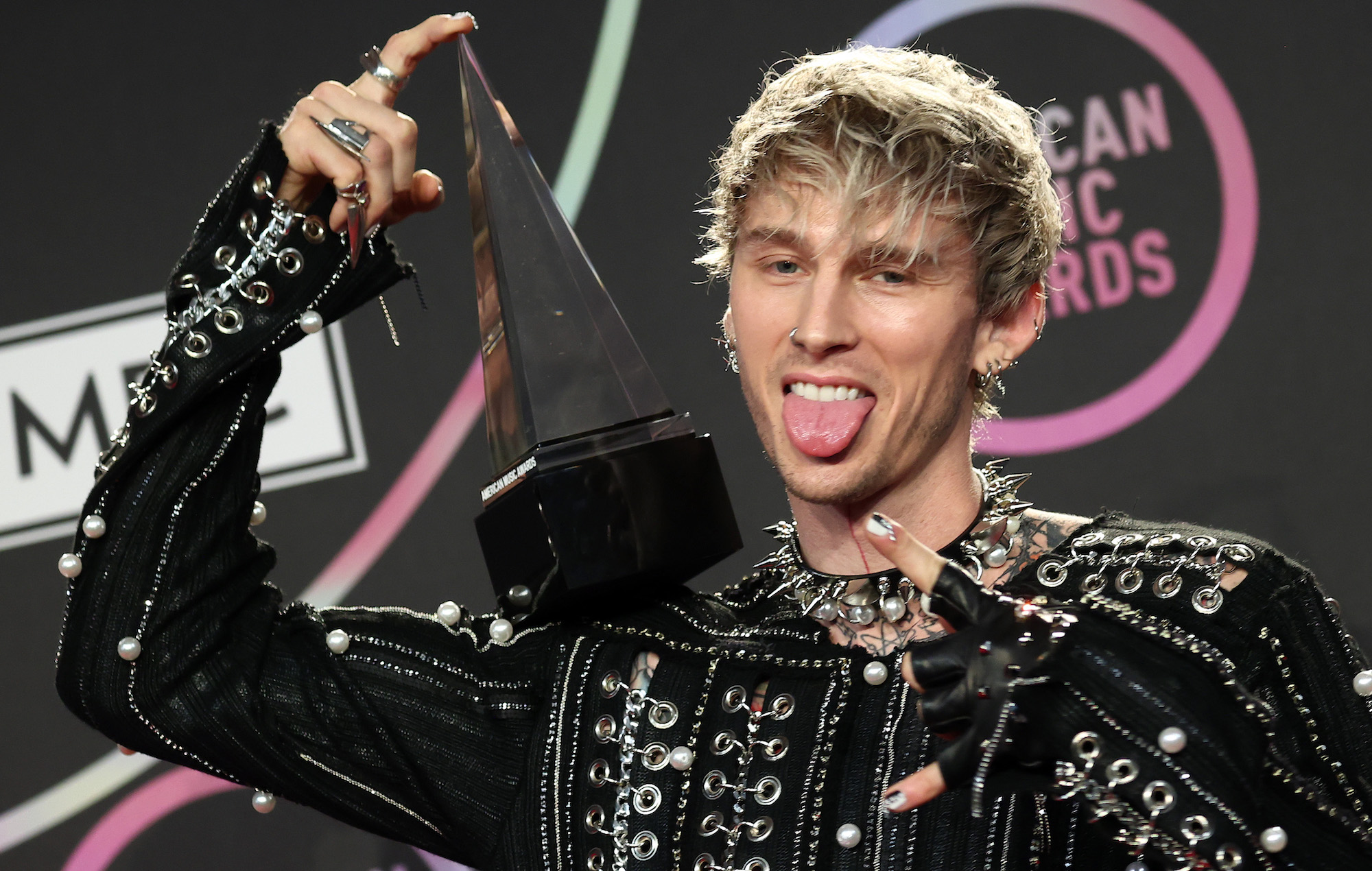 Machine Gun Kelly has responded to claims that the “age of the rock star is dead” while collecting an award at the American Music Awards 2021.

The musician took home the trophy for Favourite Rock Artist at the ceremony in Los Angeles tonight (November 21), beating the likes of Foo Fighters, All Time Low and Glass Animals to the honour.

During his acceptance speech, the rapper-turned-rock-star first dedicated the award to “all the aspiring musicians – the one who wants to play an instrument, wants to rap, wants to sing”.

“Not just the rock artists, but all the artists who are rock stars,” he continued, before addressing comments he said he had recently seen in the press. “I read a headline that said the age of the rock star is dead but looks pretty alive to me,” he said, while looking down at himself.

The ceremony has also seen performances from the likes of BTS and Coldplay, Måneskin, Tyler, The Creator, Olivia Rodrigo, Silk Sonic, Bad Bunny and more.

Meanwhile, Machine Gun Kelly recently announced the release of a new custom Schecter signature guitar. Dubbed the Machine Gun Kelly Signature PT, the instrument comes in a vivid pink, reminiscent of the colour scheme the star used for his latest album, ‘Tickets To My Downfall’.