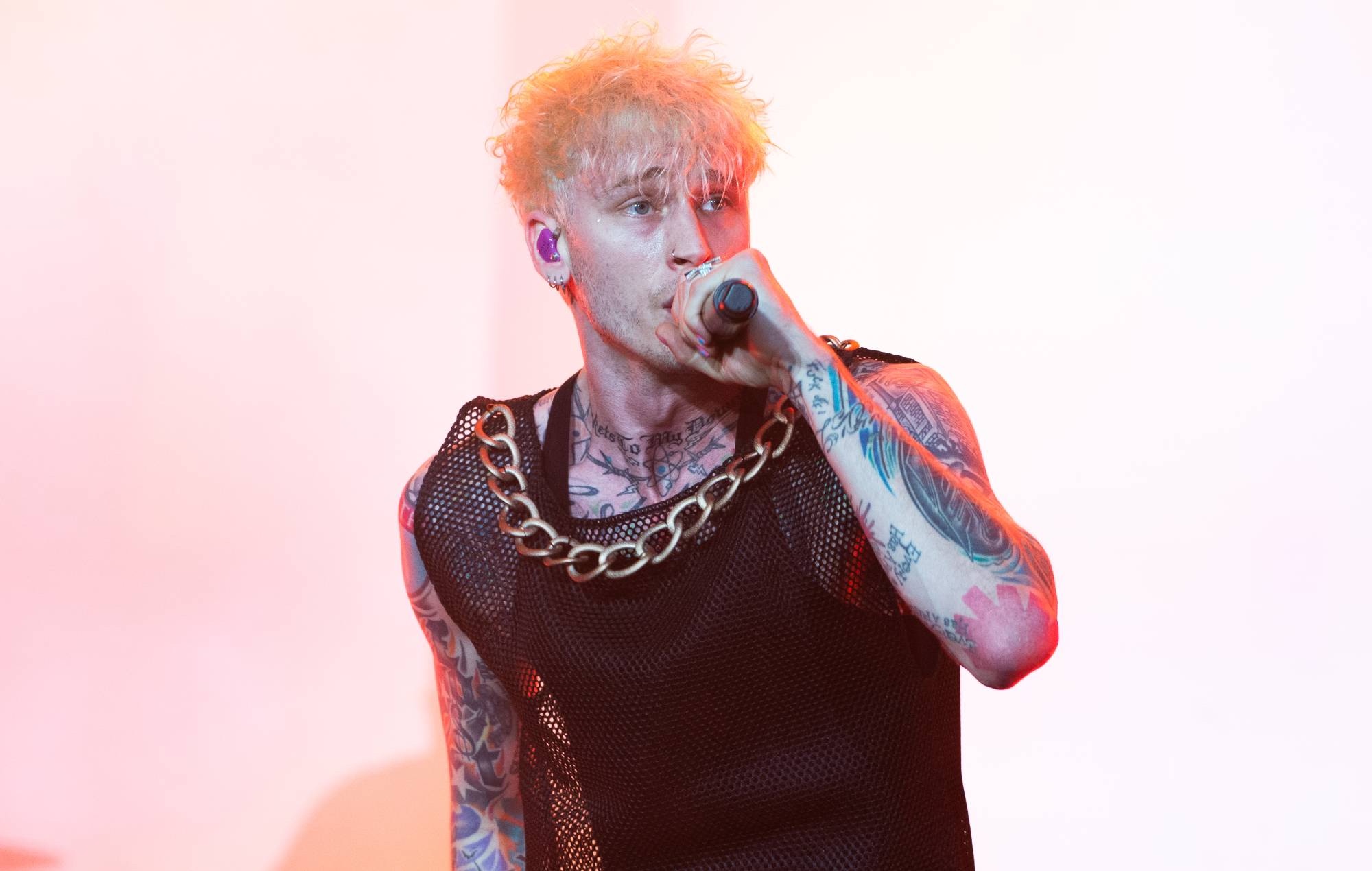 Machine Gun Kelly has shared a preview of his new single ‘Papercuts’ – tune in below.

Featuring MGK among walls of falling paper, the short clip suggests the song will be a guitar-led, slow-burning number. The musician previously confirmed that the accompanying visuals were directed by Cole Bennett.

It comes after Machine Gun Kelly announced his new album ‘Born With Horns’ earlier this week. MGK and Travis Barker brandished their new tattoos of the record’s title online, telling fans they were “back for round two”.

The caption indicates that the new project will be another rock-orientated affair, marking the second time Machine Gun Kelly and Barker have worked together following ‘Tickets To My Downfall’, a pop-punk album.

Last month, Machine Gun Kelly surprised fans with a last-minute set at Chicago’s Lollapalooza. He took to the Bud Light Seltzer Sessions side stage to perform to a crowd “20 times” what the space allowed for, according to Billboard.

The eight-track set included ‘Tickets To My Downfall’ track ‘Kiss Kiss’ and a cover of Paramore‘s ‘Misery Business’. MGK then ran through several other cuts from his latest album, including ‘Bloody Valentine’ and ‘My Ex’s Best Friend’.