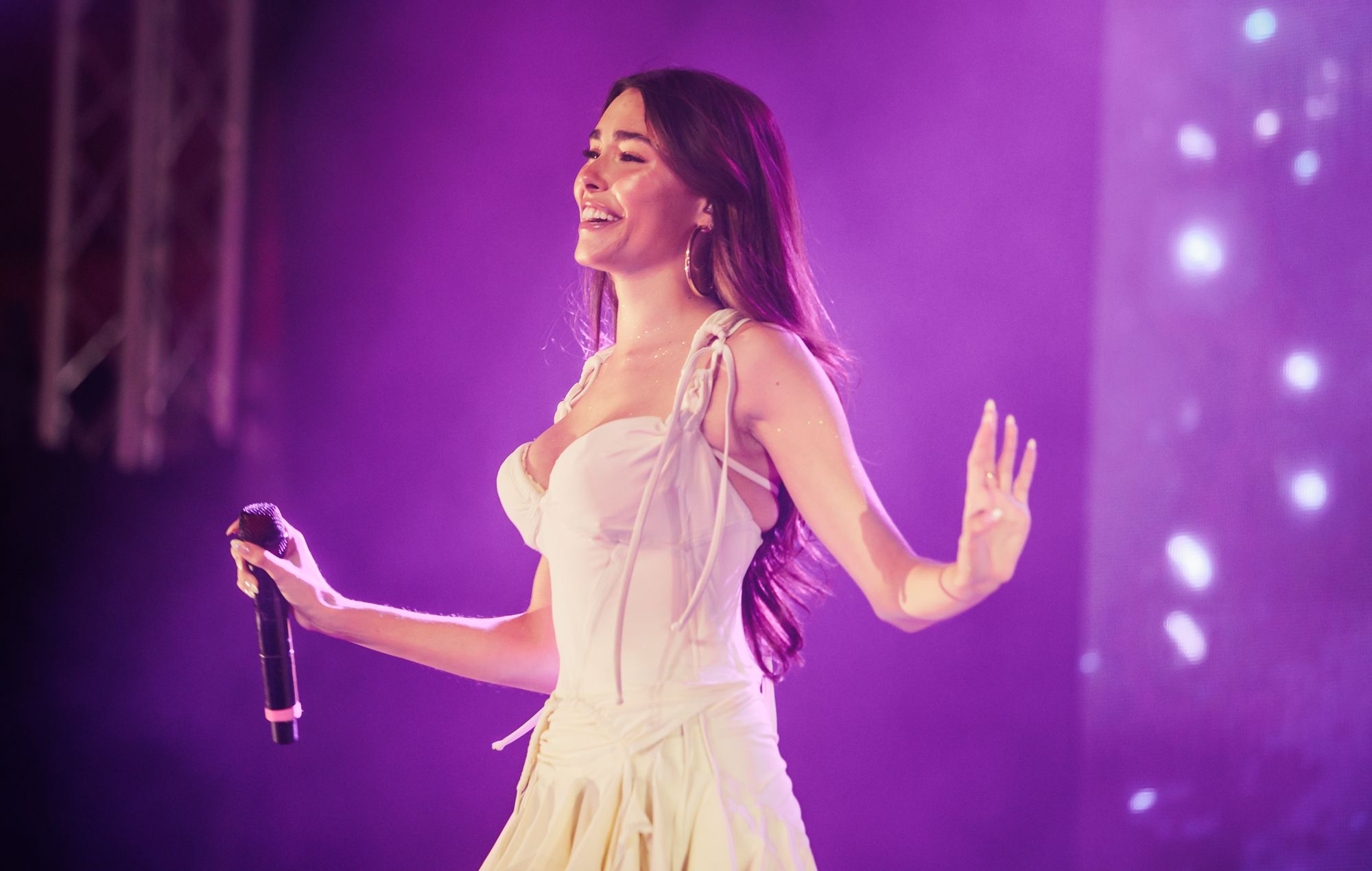 Madison Beer on Billie Eilish: “the topics she touches on in her music are so prolific”

Madison Beer recently spoke to NME about the difficulties she’s faced as a young woman in the music industry, standing up for herself and her work, and why she’s inspired by Billie Eilish. Watch our full interview with Beer below.

The singer-songwriter had previously spoken out about speaking out after not receiving co-production credit for her work on the music video for her track ‘Baby’.

“Even if I still have to shout to be heard, I am heard and that’s enough,” she said. “I know what I deserve, I know what I worked for, what credit I should be given. I think that’s also another topic of misogyny in the industry.”

Beer added: “I think that women get discredited a lot and undermined for their intelligence and their ability to do things the same way men can. I definitely always want to fight for the producing credit or the directing credit or whatever I did on tour because I think it’s important for people to see a woman’s name in those titles, so they can know you indeed can do the same thing.”

When asked who she felt in the industry was doing a great job of creating change for artists, Beer mentioned Eilish and her brother Finneas as examples.

“The first person who comes to mind is Billie Eilish, because I think the topics she touches on in her music are so prolific,” she said. “She speaks about things that a lot of other artists don’t and are maybe afraid to, which is valid because we’ve all been conditioned to be afraid of speaking about certain things.”

Beer added: “What her and Finneas have created is really incredible and I really look up to them. They are two people I am very glad to see at the top because there are some who aren’t the best and who don’t stand for the right things, and I think [they really do].”

The singer also pointed to Eilish’s track ‘Your Power’ as an example of using your voice in the industry, pointing to the track’s subject matter of abuse of power and gaslighting.

“A song like, ‘Your Power’ that’s a difficult song to write and I think the fact that she did that and the fact that she fought for it to come out as one of her singles probably wasn’t an easy sell, especially to her label,” Beer told NME. “I’m sure she had to fight for that to come out, that’s awesome. She also directs her own videos, everytime I watch one of her videos and see ‘directed by Billie Eilish’ I’m like, ‘that’s my girl’.”

Last month, Beer played Reading & Leeds for her first time, and prior to the performance, she said she was “really excited about”.