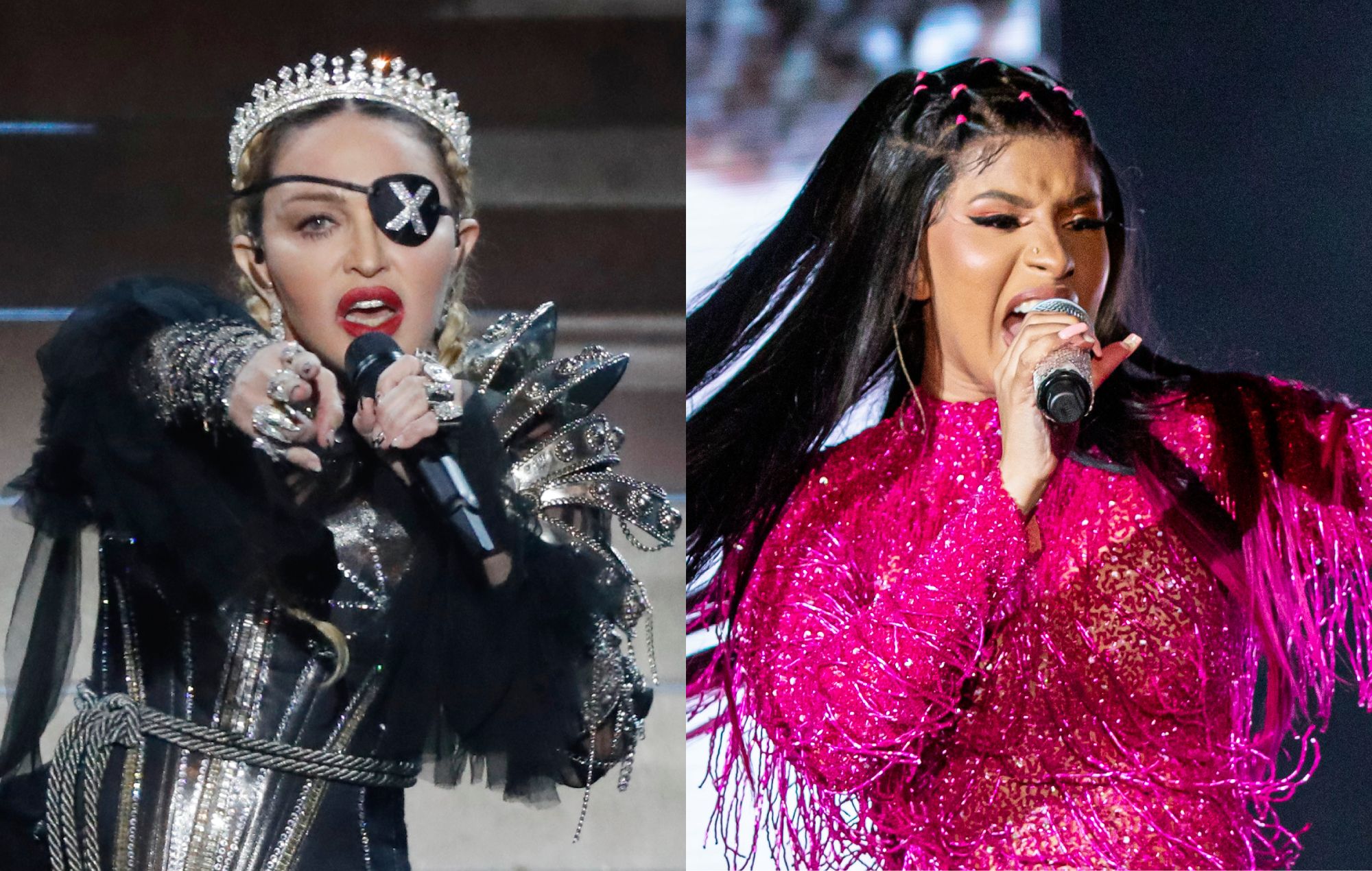 Madonna has posted a video of herself dancing to Cardi B‘s ‘Tomorrow 2’ after the pair reconciled over comments the pop icon made about ‘WAP’.

The singer took to her Instagram Stories yesterday (October 24) to share a video of herself dancing and lip-syncing along to Cardi B’s 2022 GloRilla collaboration. She captioned the clip with “❤️ u @iamcardib”.

Madonna followed up the video with love given to Miley Cyrus and Kim Kardashian, whom she also mentioned while reflecting on her book, Sex, which was published 30 years ago.

In her original post over the weekend, Madonna claimed that her 1992 ‘Erotica’ book companion, which courted controversy at the time for its explicit content, paved the way for artists including Cardi B to celebrate female sexuality more openly in pop culture.

She wrote on her Instagram Stories on Saturday (October 22): “30 years ago I published a book called S.E.X. In addition to photos of me naked there were photos of Men kissing Men, Woman kissing Woman and Me kissing everyone. I also wrote about my sexual fantasies and shared my point of view about sexuality in an ironic way.

“I spent the next few years being interviewed by narrow minded people who tried to shame me for empowering myself as a Woman,” Madonna continued in her note. “I was called a whore, a witch, a heretic and the devil.”

“Now Cardi B can sing about her WAP. Kim Kardashian can grace the cover of any magazine with her naked ass and Miley Cyrus can come in like a wrecking ball. You’re welcome bitches…….🤡”

Cardi B later responded to the post, writing: “I literally payed [sic] this woman homage so many times cause I grew up listening to her…she can make her point without putting clown emojis and getting slick out the mouth.”

She continued: “These icons really become disappointments once u make it in the industry. That’s why I keep myself to myself.”

The next day (October 23), Cardi confirmed that she’d spoken to Madonna, saying she had a “beautiful” conversation with the pop icon.

I talked to Madonna …It was beautiful 🥲….Have a great day and drive safely yallll😘

Madonna tweeted “I love you @iamcardib…always have and always will.”

Alongside her first post, Madonna shared a 1992 interview clip from 60 Minutes Australia in which she is seen defending her choice to publish naked photos of herself.

Sex was released during the promotion for Madonna’s fifth album, ‘Erotica’.

Madonna’s comments about Sex follow her suggesting in a TikTok video posted earlier this month that she is gay.