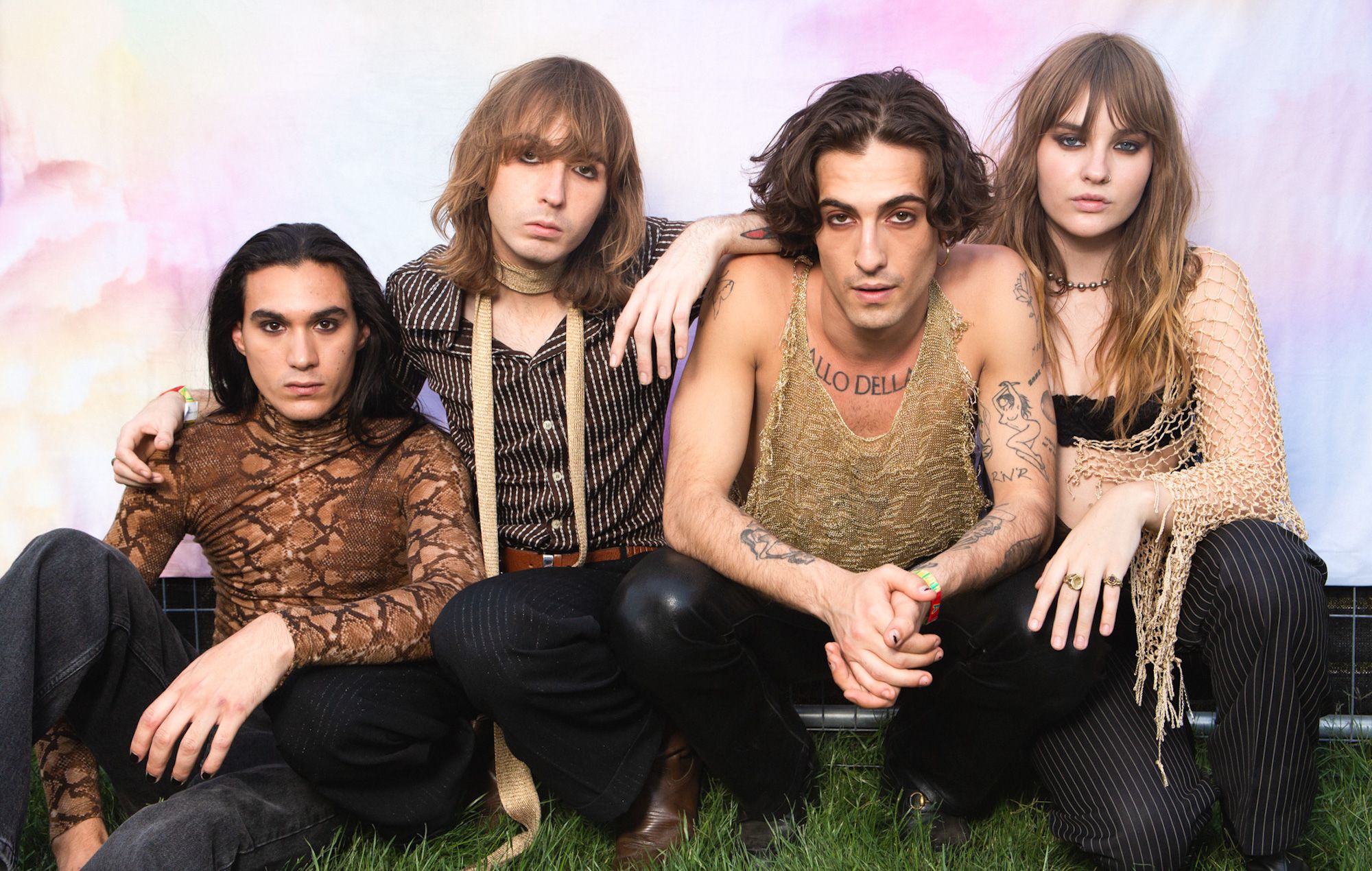 Måneskin have spoken to NME about their huge popularity in the US, and how they were recently invited round to have breakfast with Coldplay‘s Chris Martin and Dakota Johnson.

The Italian Eurovision winners were talking to NME for this week’s Big Read cover story, ahead of a huge homecoming gig in Verona and shortly after being one of the most talked about acts at Coachella 2022, on a line-up largely dominated by pop and solo acts including Billie Eilish, Harry Styles and Megan Thee Stallion. In our interview, they opened up about why they stand out in the States.

“Everyone who came to our gigs was saying: ‘We’ve seen no bands like this’,” bassist Victoria De Angelis told NME. “At Coachella there were like three other bands.”

Explaining their high profile in America, frontman Damiano David said: “We’re not new in that thousands of bands have played as good as us or even better, but nowadays it’s unexpected to see a band break globally. People are fascinated by that, and Americans are obsessed with Italians. That adds some spice.”

Guitarist Thomas Raggi agreed: “It’s hard for Americans to find an Italian band that makes it over there and plays a real instrument. It’s something weird.”

Asked about the most surreal moment of life among the rich and famous in America, De Angelis replied: “I would say breakfast at Chris Martin and Dakota Jones’ house. That was pretty, ‘What the fuck!?’”

David continued: “Yeah, Dakota Jones cooked eggs for us, Sean Penn was there. It was wild.”

The band were also asked for a selfie with movie star and Thirty Seconds To Mars‘ frontman Jared Leto while at Coachella. “He was there in the crowd!” said drummer Ethan Torchio. “He’s a really cool guy.”

The band’s cover of The Four Seasons’ ‘Beggin’ recently achieved one billion streams on Spotify, with their other albums and singles also clocking up millions of listeners.

Check out the full Big Read cover interview with Måneskin here, where they also talk the aftermath of the Eurovision cocaine speculation, work on their new album, working with Baz Luhrman on a song for the upcoming biopic ELVIS, their stance on playing covers, and the pleasure they take in “pissing off” naysayers.

Måneskin recently shared their new single ‘Supermodel’, before performing it on The Tonight Show in the US with host Jimmy Fallon joining the band on bass. A video for ‘Supermodel’ is set to drop tomorrow (Tuesday May 31).

The band play Reading & Leeds Festival 2022 in August before headlining The O2 Arena in London on May 8. Visit here for tickets and more information.