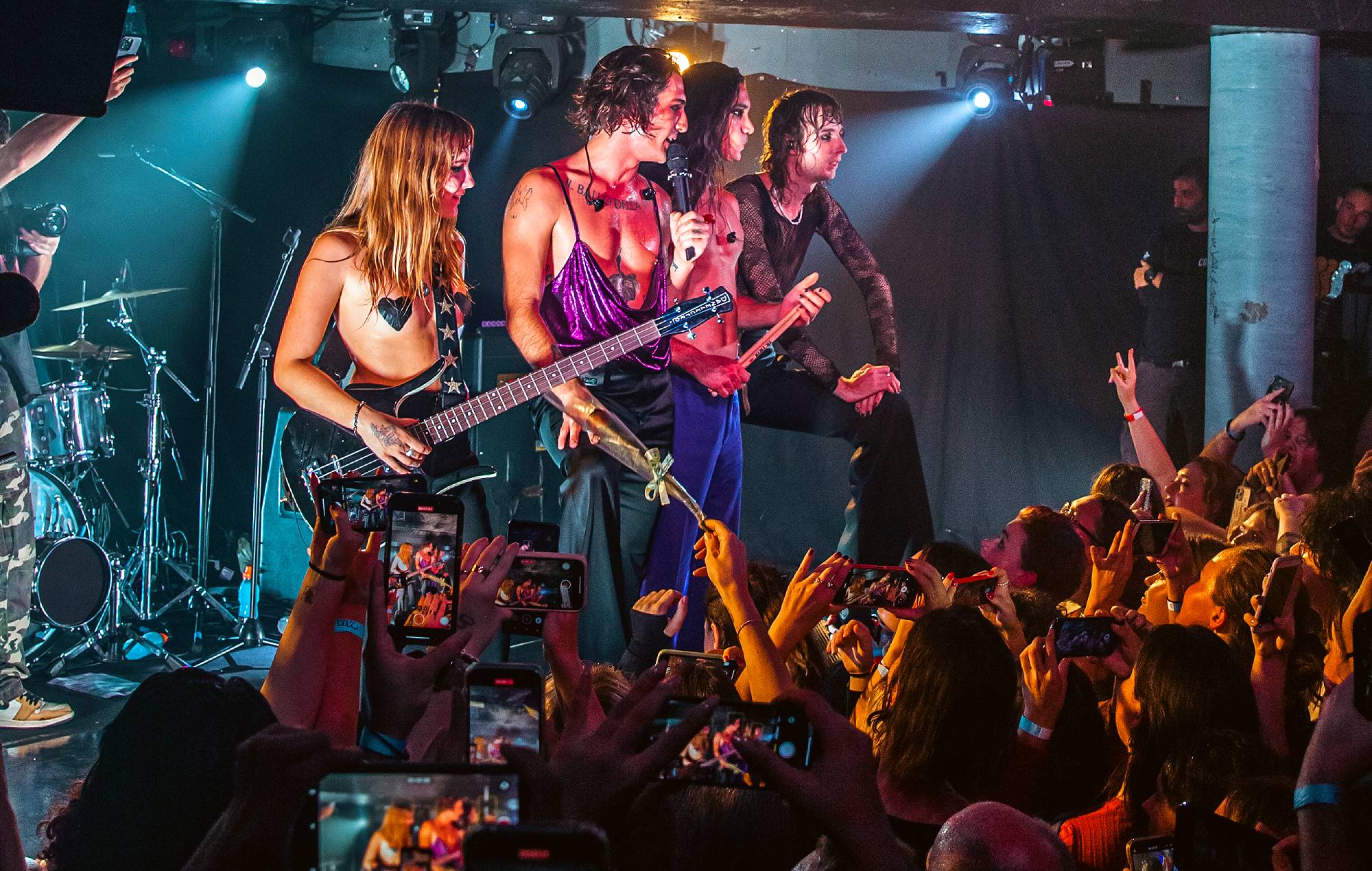 Måneskin frontman Damiano David has commented on the accusations of censorship surrounding the band’s performance at the MTV VMAs in August.

According to photos taken during the band’s performance of their hit ‘Supermodel’, it appeared that bassist Victoria De Angelis suffered a wardrobe malfunction with her top falling down around her waist. The cameras panned away and focused on empty seats for about 40 seconds. For the rest of the performance, they frequently cut away from the band to show an aerial shot of the arena instead, provoking uproar on Twitter.

In their recent interview with NME as part of the In Conversation series, the band was asked how being censored made them feel, and whether it showed that mainstream rock had become too sanitised. “It shows that there are still many, many prejudices towards rock bands and towards women,” David said. “There is a lot to work on and we try to do our part.”

“It’s sad, but it’s good that people then talk about it and think about it,” added bassist Victoria De Angelis. “It’s stupid that there has to be this control and censorship over people’s bodies.”

The band also discussed their recently announced third album ‘RUSH!’ in the interview, mentioning in particular the inspiration they took for the project from Radiohead.

“I think that the inspiration we got from Radiohead was to be very focussed on creating a very specific world for each song,” David said.

“It’s something they do very, very well so we tried to create these amazing atmospheres. They really create an image of what you’re listening to, and that gave us inspiration.”