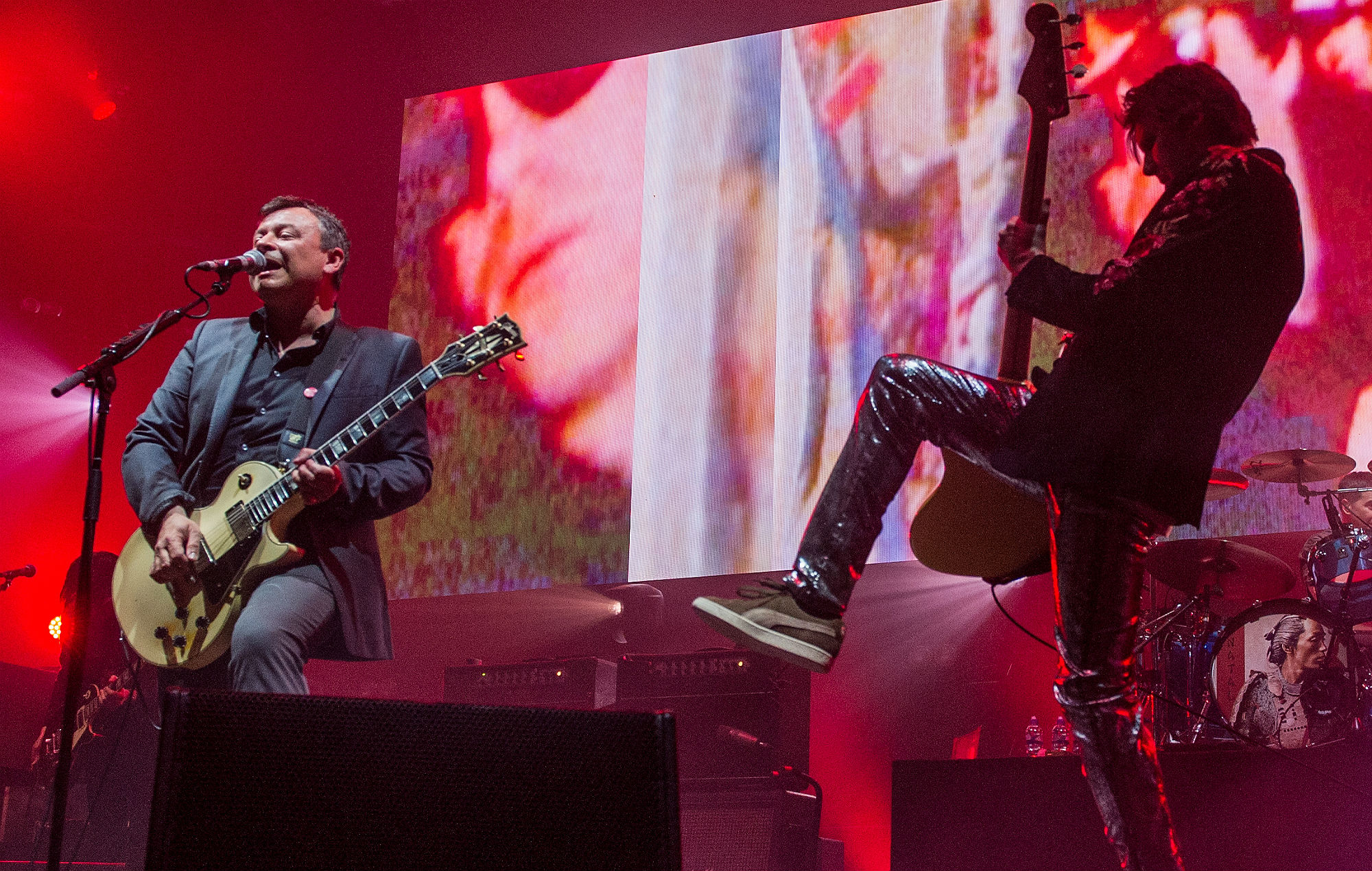 Manic Street Preachers have rescheduled their Cardiff Arena shows for the NHS until July 2021 due to the ongoing coronavirus pandemic.

The Welsh rock veterans were due to play one free gig for NHS workers and another fundraiser gig for health service charities this December at Cardiff Motorpoint Arena, but the gigs will now take place next summer.

The free concert for NHS workers will now take place on Friday July 16, with charity gig open to the public now set for Saturday July 17. All original tickets remain valid, and anyone who can’t attend is urged to contact Ticketmaster for a refund.

Due to the ongoing Covid-19 restrictions for the live music industry, Manic Street Preachers have moved their previously announced shows in December at the Cardiff Motorpoint Arena to July 2021. The first night is still a free show for NHS staff, the second, a public show with all profits going to NHS Wales charities. All tickets remain valid for the rescheduled dates. Tickets for the free concert for NHS staff originally scheduled for Friday 4th December 2020 will be valid for the NEW date of Friday 16th July 2021. Anybody who is unable to make the show should contact Ticketmaster so they can be offered to another member of NHS staff. Tickets for the fundraising show for NHS Wales charities originally scheduled for Saturday 5th December 2020 will be valid for the new date of Saturday 17th July 2021.

“We will play those gigs eventually, whatever happens,” Manics frontman James Dean Bradfield told NME earlier this summer. “It will just be fucking beautiful to step on stage and just move to music. Playing music has been quite a solitary pursuit. You listen to it for comfort, context, prophecy and meaning – there’s a lot of pressure on music at the moment. But the least pressure you can put on music would be just to play it on stage and have pissed-up people moving along. Playing music for people to live to, to groove to, to get drunk to, it will be great.”

On the band’s reasons for playing the shows, he told us: “We just saw the struggle. I know a lot of people around me who work for the NHS and you could see the immediate strain that they were all under. We’re talking about proper stress from proper hard work that you’d never ever begin to realise how hard it is. They’re under immense strain. The NHS is the biggest employer in Wales, and all around us we saw people giving and giving and giving and not getting enough back. We just thought that this should be for them.

“Plus we’ve all been on nights out and know that doctors and nurses just love being on the lash. Hopefully they won’t just show up and shout, ‘Play some Coldplay songs! Play some Stereophonics songs! Play some Oasis songs!’ We might just have to be a house band for the night.”

While Bradfield recently released his second solo album ‘Even In Exile‘, bassist and lyricist Nicky Wire has also been working on “modern, electronic, soothsaying” solo material.

The Manics have been working on the follow-up to 2018’s acclaimed ‘Resistance Is Futile’ – with the new material said to be sounding “expansive” and hopefully due for release in summer 2021. As well as planning a 20th anniversary reissue of their 2001 album ‘Know Your Enemy‘, next summer will also see the band hit the road in the UK in support of The Killers, before heading to Scandinavia to play shows with Green Day. It is hoped that they will return to Glastonbury, having originally been booked to headline the Park Stage this year.