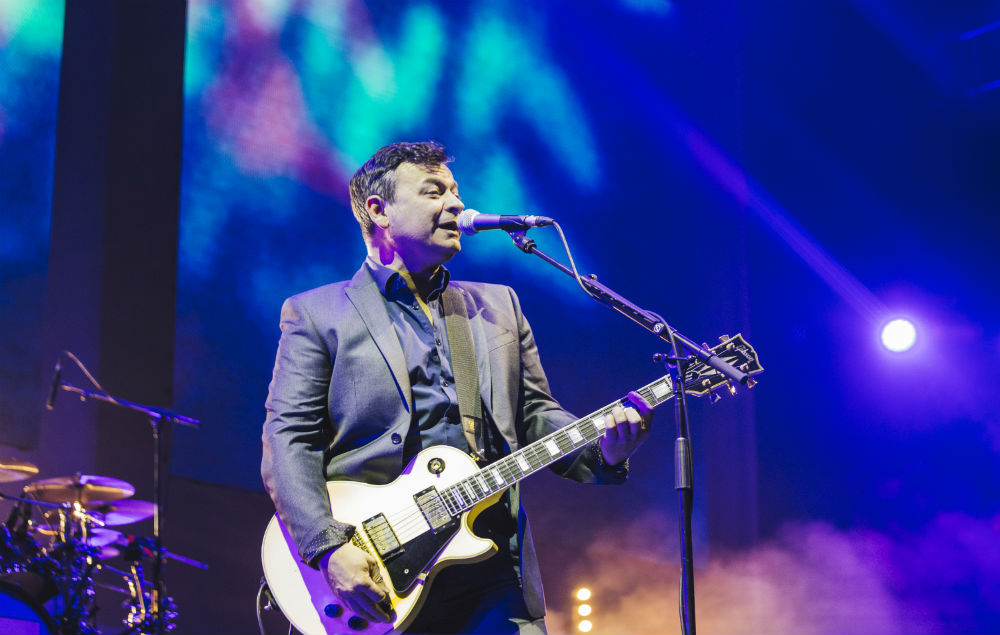 James Dean Bradfield has revealed that Manic Street Preachers have been working on a new album during lockdown.

Speaking to Radio X, the frontman said that the band’s 14th studio effort, the follow-up to 2018’s acclaimed ‘Resistance Is Futile’, won’t contain any references to the coronavirus crisis, as it would be like “adding insult to injury”.

“Myself and the Manics, we’ve been demoing in the last month or so, but obviously that stopped again,” he told Johnny Vaughan, in reference to Wales’ current “firebreak” lockdown.

“So the one thing we can do is we can write songs. Obviously we’re not going to be doing a gig any time soon, so we’re just doing a new record.”

Speaking of the record’s potential lyrical themes, Bradfield said: “We’re trying to make sure that we’re not writing about the [COVID-19] situation too much. It would feel like it was adding insult to injury.”

Earlier this month, the Manics rescheduled their planned Cardiff Arena shows for the NHS until July 2021.

The concerts were originally due to take place this December at Cardiff Motorpoint Arena, with one free for healthcare workers and the other a fundraiser for health service charities.

Bradfield released his second solo album ‘Even In Exile’ over the summer. Manic Street Preachers’ bassist and lyricist Nicky Wire, meanwhile, has been working on “modern, electronic, soothsaying” solo material.