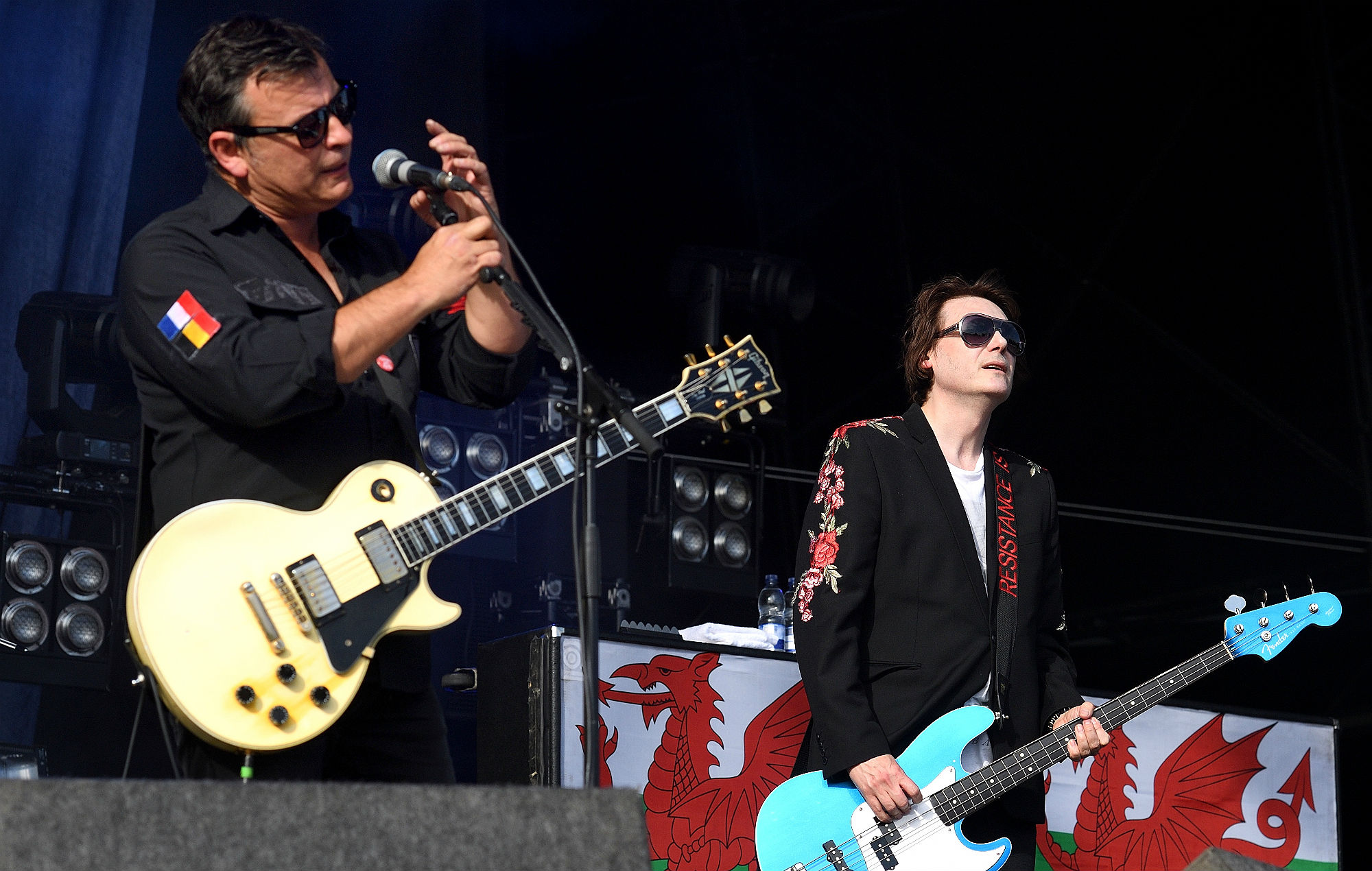 Manic Street Preachers have shared some new details about their upcoming new album.

The Welsh rock veterans had previously confirmed that they had been at work on the follow-up to 2018’s acclaimed ‘Resistance Is Futile’ during last year’s lockdown.

After sharing a list of nine potential potential song titles back in January, followed by an Instagram post teasing a few lyrics, the band have now given another update on their 14th LP.

Speaking in the latest print edition of MOJO (via Contact Music), the Manics recalled their time recording the album at Rockfield studios in Wales last year.

“I recorded my entire fucking bass parts with a mask on,” said bassist and lyricist Nicky Wire. “But it’s the most rehearsed we’ve ever been for an album.”

Describing the sound of the album, he added: “The catchphrase was ‘like The Clash playing Abba’ – The Clash when you felt they could play in any style.”

“It’s quite a subtle record. There are, always, guitars, but it’s very restrained for us, and really tasteful,” he continued. “It’s the usual thing, miserable lyrics and great pop.”

On the first day of recording at Rockfield it began to snow; frontman James Dean Bradfield took this as a good omen.

“It was snowing. And when the first snowflake came down and you wake up to a beautiful blanket of snow, it was, ‘Yeah, this is going to be a really good record,’” he said.

The pair went on to explain that the songs they laid down were influenced by the ongoing coronavirus pandemic.

“I had a very smug idea of how I saw the world, but I’ve realised I’d undervalued absolutely everything in my life,” said Bradfield.

“There’s a lot of exploring the internal galaxies of the mind on this album, and understanding,” said Wire. “It didn’t feel like the right time for spite. It’s more internalised, bathed in a comforting melancholia, rather than a self-defeating one.”

He added: “I certainly feel like these are some of the best words I’ve ever written.”


Meanwhile, the Manics will play their rescheduled Cardiff Arena shows for the NHS in July 2021. The concerts were originally due to take place this December at Cardiff Motorpoint Arena, with one free for healthcare workers and the other a fundraiser for health service charities.

They’ve also announced more details of a show at at Halifax Piece Hall on Friday September, with support from British Sea Power, Adwaith and The Anchoress. The latter recently released acclaimed second album ‘The Art Of Losing‘, featuring guest vocals and guitar from Bradfield.