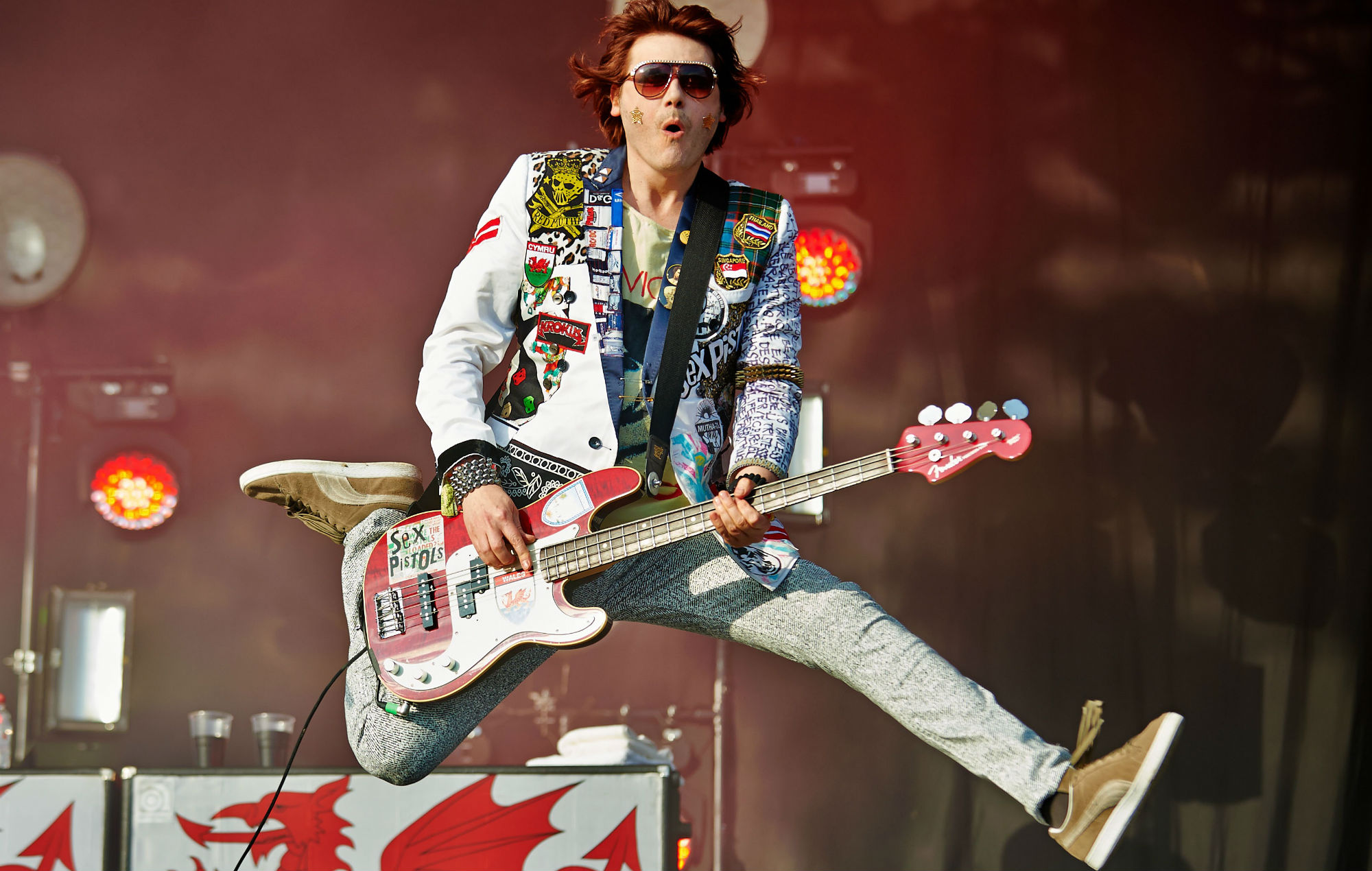 With Manic Street Preachers currently on a brief hiatus and fans enjoying the new album from frontman James Dean Bradfield, it’s been confirmed that a solo record from bassist and lyricist Nicky Wire is also on the way.

Last week saw the release of Bradfield’s second solo effort ‘Even In Exile‘, with lyrics provided by Wire’s brother the poet Patrick Jones. Speaking to NME, the singer revealed that Nicky had also been working on the follow-up to his 2006 solo album ‘I Killed The Zeitgiest’ in their studio at the same time.

“We’re following the same pattern we did last time we took a sabbatical [before 2007′ Send Away The Tigers’],” said Bradfield. “I’d have our studio one day, he’d have it the next, he asked me to play a guitar solo on one of his tracks, and yeah – his stuff is sounding great. There was one song on there that was fucking amazing but hard to describe. It was very modern, very electronic, and very soothsaying and prophetic.”

This comes after Wire teased to NME earlier this year that he’d be releasing his own material via fan request only. “All I’ve got to do is get 500 CDs made, print off a lot of polaroids and hand-make them all,” he said.

Still, the Manics have been working on the follow-up to 2018’s acclaimed ‘Resistance Is Futile’ – with the new material said to be sounding “expansive” and hopefully due for release in summer 2021.

“We’ve written one really brilliant Manics song called ‘Orwellian’,” Wire told NME. “We’ve demoed that and it feels like a bit of a signpost to where we’re going. It’s got a bit of an ‘If You Tolerate This’ retro-futurism about it. It’s our shining light at the moment.”

Asked about the sound of their new material, Wire revealed: “It’s very broad – it feels like an expansive record. ‘Resistance Is Futile’ certainly felt more tight and ‘pop’ in a Manics sense. Everything was really melodic and concise. This album just feels broader. It’s got a wider landscape, sonically. It’s early days, but ‘Orwellian’ feels like the one track to guide us. I wouldn’t call it a directly political song, but it has that element of the times that we live in.”

He added: “Lyrically, I’m just working things out. Since losing both my parents, I’ve been kind of overwhelmed at that situation. There’s a deep-rooted sadness and melancholia that overhangs everything.”

As well as planning a 20th anniversary reissue of their 2001 album ‘Know Your Enemy‘, next summer will also see the band hit the road in the UK in support of The Killers, before heading to Scandinavia to play shows with Green Day. It is hoped that they will return to Glastonbury, having originally been booked to headline the Park Stage this year.

‘Even In Exile’ by James Dean Bradfield is out now.