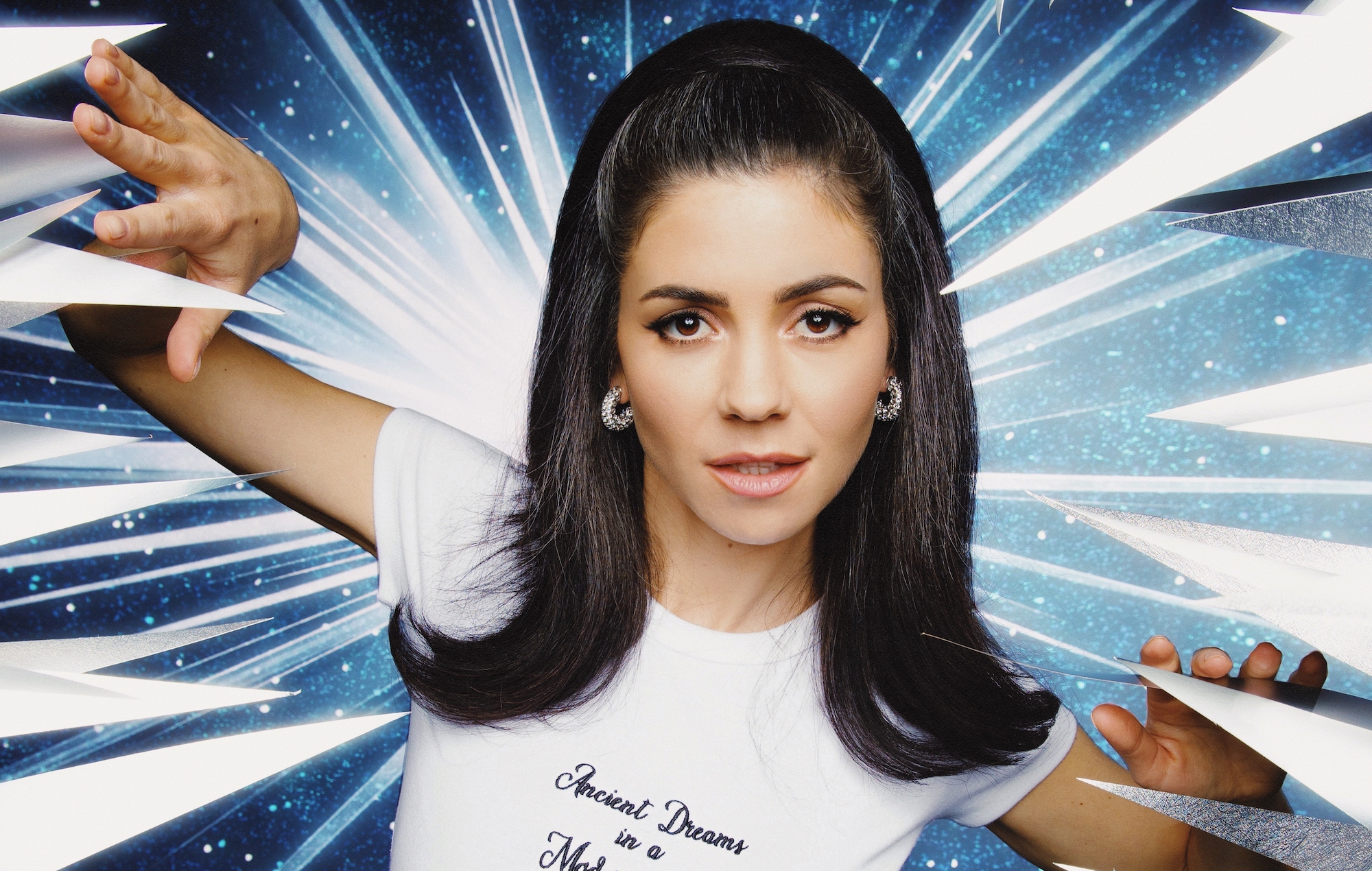 Marina has shared a preview of a new song called ‘New America’ – scroll down the page to check it out now.

The track is set to appear on her forthcoming new album ‘Ancient Dreams In A Modern Land’, which will arrive on June 11.

Posting on Instagram, the star shared a short video clip of the mastered version of the record in her Apple Music app. “Fucked with the food chain/ Fucked with the farming too,” she sings on the track. “Now food don’t taste like it’s meant to do.”

She shared the same clip on her Instagram Story, adding the caption: “12 days…” Watch the video below now.

‘Ancient Dreams In A Modern Land’ will be Marina’s fifth album and second since she removed the ‘And The Diamonds’ from her moniker. To celebrate the record’s release, she will hold a global livestream concert shot in the Californian desert on June 12 and 13.

‘Marina presents Ancient Dreams Live from the Desert’ will see the singer perform tracks from the album live for the first time, as well as a selection of fan favourites from across her back catalogue.


An afterparty dubbed ‘Deconstructed Dreams’ will feature an album breakdown by the star, alongside a fan Q&A and limited meet and greets.

Earlier this month, Pussy Riot remixed ‘Purge The Poison’, the original version of which will also feature on the new album. “Catchy and contagious, ‘Purge The Poison’ is an ear-worm, and it feeds your brain with the right questions and encourages you to think,” the band’s Nadya Tolokonnikova said. “I was blown away by this track, and it’s my pleasure to be on ‘Purge”s remix.”