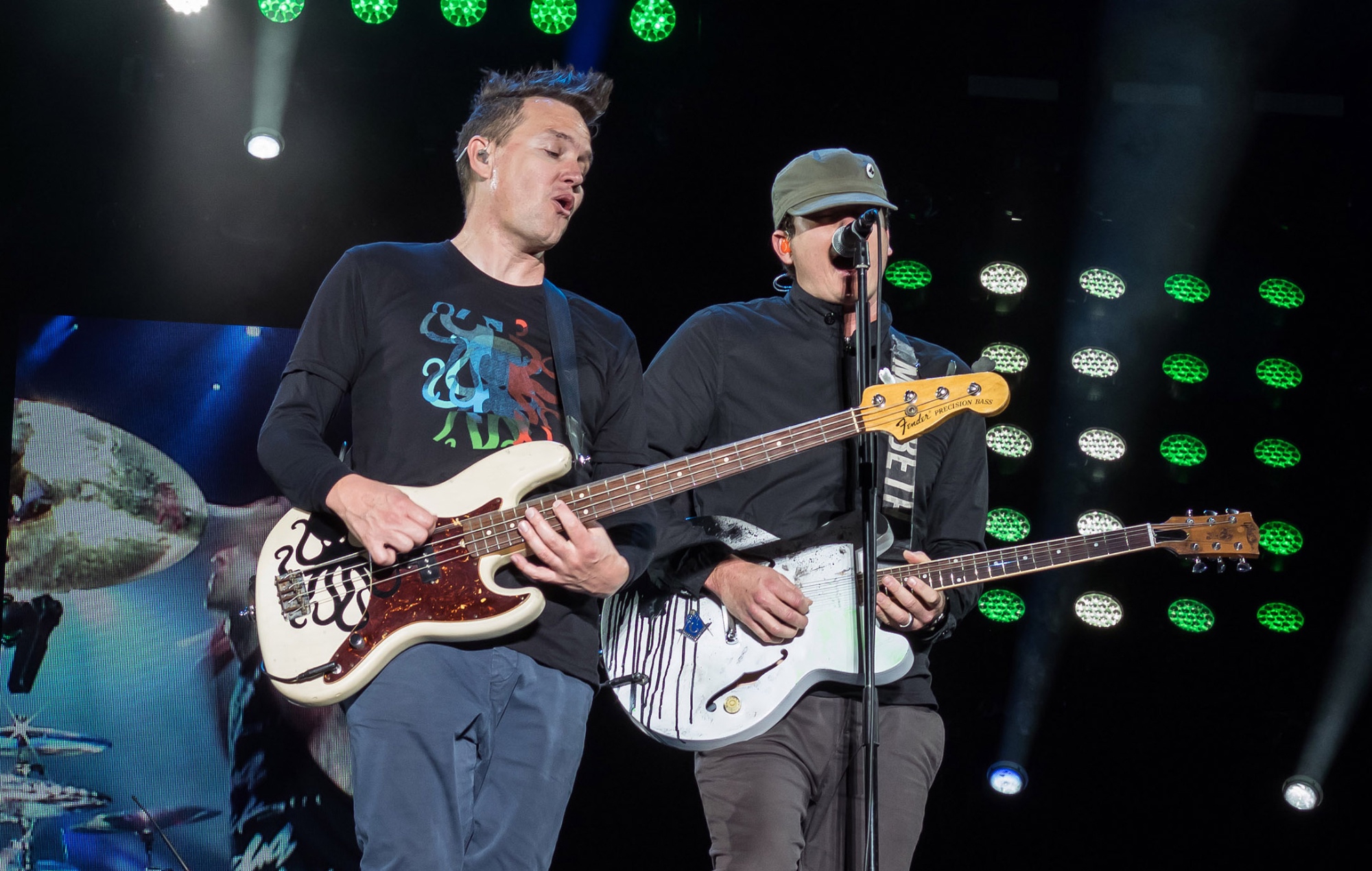 Back in June, Hoppus confirmed his cancer diagnosis and said he’d begun undergoing chemotherapy for what he later clarified was stage four diffuse large B-cell lymphoma.

Following Hoppus’ initial statement, both blink-182 drummer Travis Barker and former guitarist Tom DeLonge voiced their support for their friend, and DeLonge has now shared text conversations with Hoppus online, appearing to confirm that the band’s bassist has finished his treatment.

“I wanted to be a good friend to Mark Hoppus and just give some modest advice on what he should do next, now that his Chemo treatments have subsided and it looks like they may have worked wonderfully,” DeLonge wrote on Instagram.

Alongside the caption were screenshots of messages the pair sent to each other. “No more treatments right?” DeLonge writes to Hoppus, to which his former bandmate responds: “No more planned.”

“Doctor said I can take my port out,” he added. “I think because he thinks the chemo did the trick and I’m done but also if the chemo didn’t work we do a different treatment entirely?”

Regarding the advice given to Hoppus by DeLonge, he said: “u need to fuck as many things as possible. Shoes, gopher holes, golfers. Anything u can catch.”

In July, Hoppus gave an update on his condition, saying that scans indicated the chemotherapy was working. “I still have months of treatment ahead, but it’s the best possible news,” the bassist said.

Later that month, Hoppus shared a video of himself playing bass for the first time since his diagnosis, performing Blink’s 2005 track ‘Not Now’ while appearing on a Twitch stream.