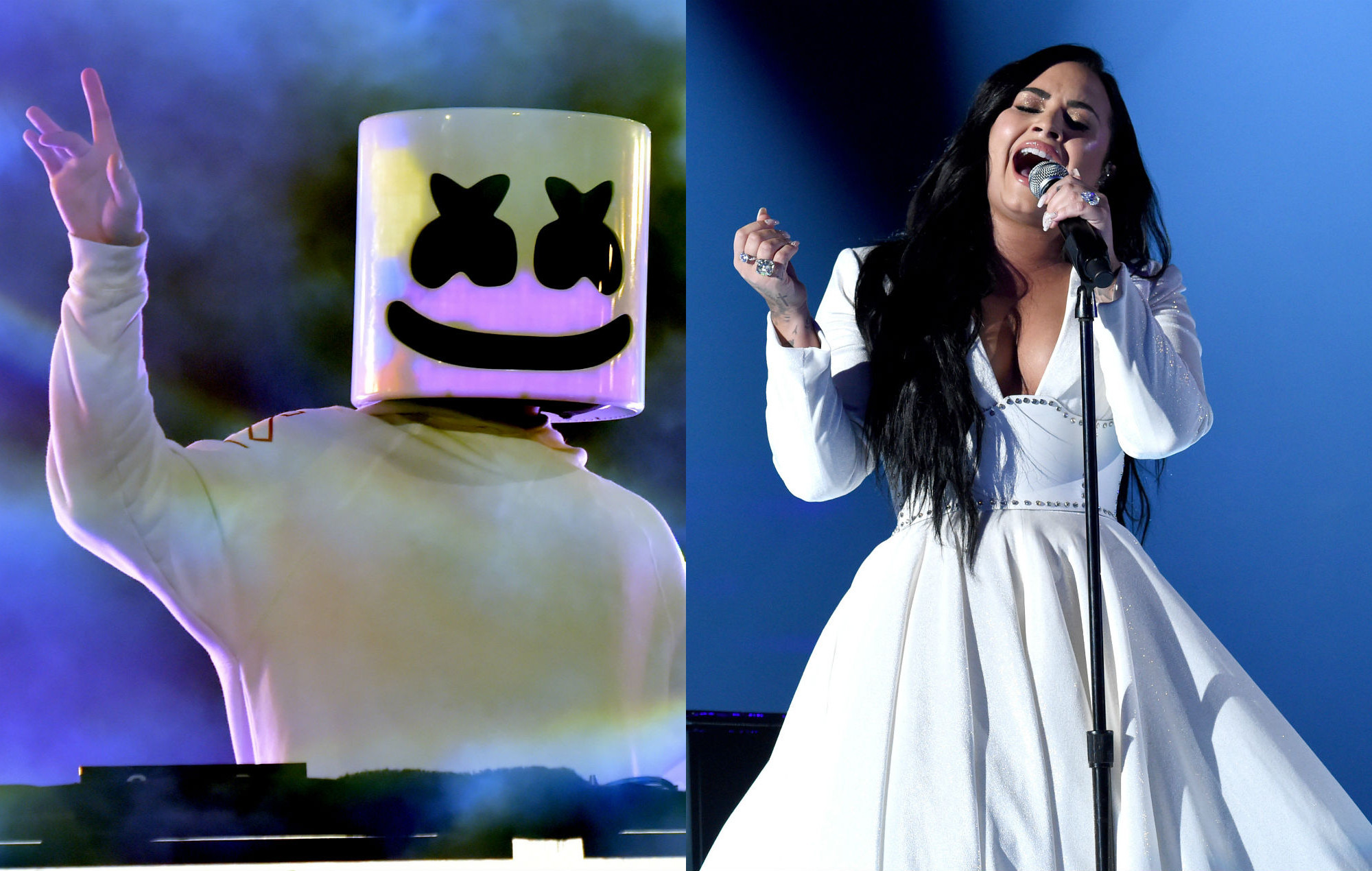 Marshmello and Demi Lovato have teamed up on a new single, ‘OK Not To Be OK’, released to coincide with World Suicide Prevention Day (September 10).

The track has been released in partnership with not-for-profit agency Hope for the Day, which raises awareness and conversation around suicide prevention and mental health education.

According to a press release, the song – penned by Gregory “Aldae” Hein, James Gutch and James Nicholas Bailey – serves “as a humbling reminder that it’s ok to let go of feelings of self-doubt and embrace the fact that we’re all human”.

The Hannah Lux Davis-directed music video sees Marshmello and Lovato transported to their childhood bedrooms in the 90s, only for the duo to be confronted by younger, more insecure versions of themselves.

Watch the official music video for ‘OK Not To Be Ok’ now:

According to the press release, Marshmello and Lovato will be using their respective platforms to “uplift others and help provide resources for those that need it most” as part of the partnership with Hope for the Day.

Hope for the Day founder Jonny Boucher commented, “We are excited to be teaming up with Demi Lovato and Marshmello on this project to break the stigma around mental health on world suicide prevention day.

“Hope for the Day’s work in suicide prevention and mental health education thrives when we collaborate with others and what better than two of the largest artists in the world to work with on a track that reminds everyone, it’s OK not to be OK.”


Lovato has addressed her own battles with depression and eating disorders in the past, such as in her 2017 documentary Simply Complicated.