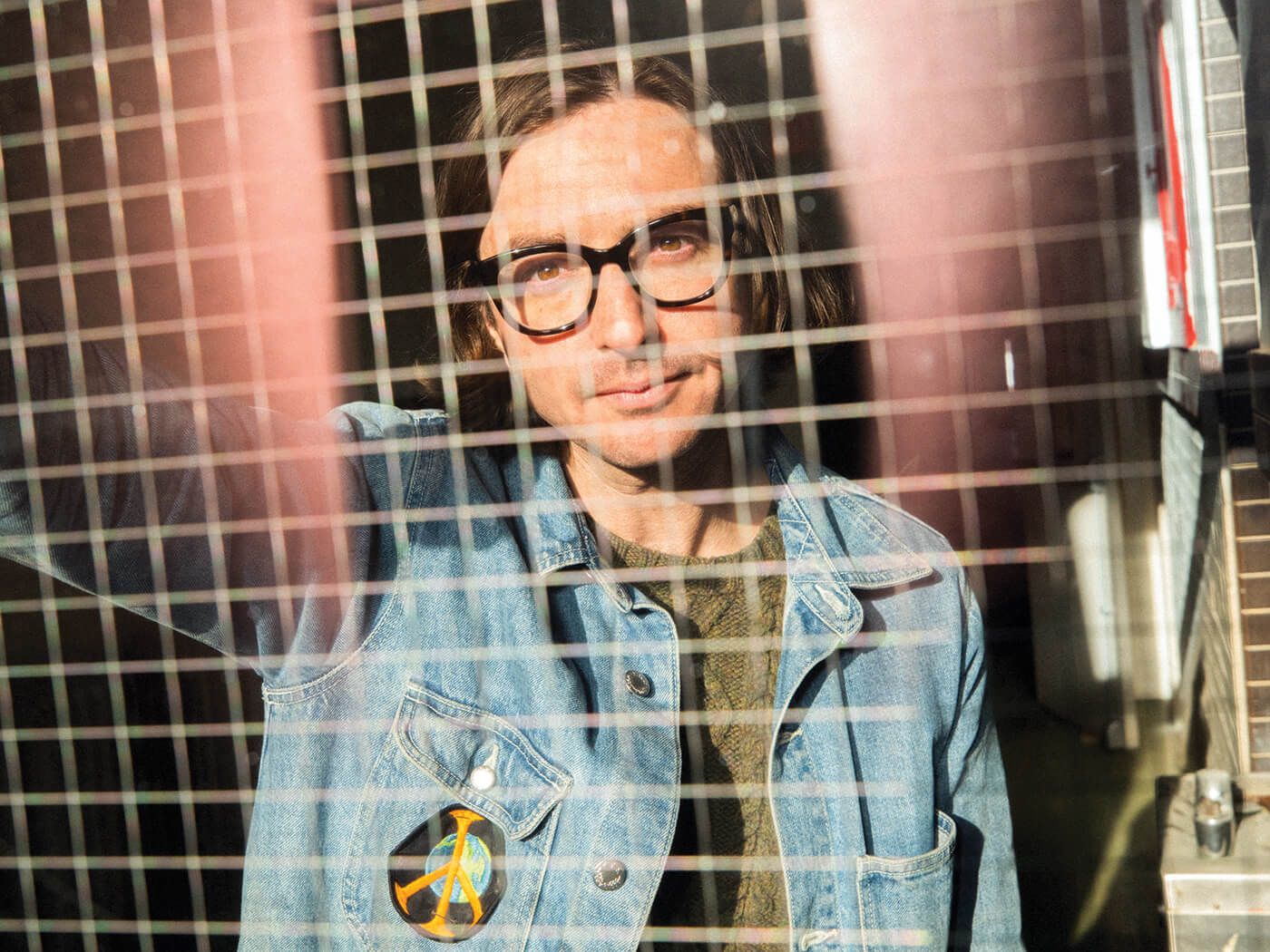 It’s been seven years since Martin Courtney’s first solo album, the subtle delight of 2015’s Many Moons. Since then, he’s shepherded his group, Real Estate, through two more albums – In Mind (2017) and The Main Thing (2020) – and last year’s Half A Human EP. Change is incremental with a group like Real Estate, and the coordinates for the songs Courtney writes haven’t changed hugely over the 15-or-so years he’s been making music: while the production might be tighter, more robust, his melodies still sit as gently within the landscape of sound he sculpts as they did on the first, self-titled Real Estate album, back in 2009.

That’s not to understate the art of Martin Courtney’s songwriting, though there is something understated about this most artful of songwriters. He’s what we might call a “chiseller” – someone who quietly, determinedly works away at the same area with similar tools but unearths gems at a surprising rate. Not exactly one to hide his influences, on Magic Sign, you can still hear trace elements of the listening Courtney might have done in his teens and twenties – you could hazard a guess at Felt, The Feelies, The Clientele, The Byrds – and the influence of the groups that Real Estate came up with, like his friends in Woods.

What makes Magic Sign such unceasingly pleasant company, then, is the way it weaves this constellation of influence and artfulness into 10 songs that are lighter than air, deceptively simple, yet cumulatively, surprisingly moving. This might be, in part, down to its genesis story, with Courtney caught in lockdown, the early stages of the Covid pandemic, writing towards potential futures: “In my mind, I had this idea that I was making an album that would hopefully come out in a more optimistic, post-pandemic world,” he reflects. That this ended up not quite being the case doesn’t diminish its powers, though it does suggest why, on occasion, the pacific wisdom of Magic Sign’s surfaces can feel slightly out of place.

That sense of temporal displacement – and of writing towards times-to-come – could well be why, paradoxically, much of Magic Sign peddles in nostalgia and wistfulness, as though the only way Courtney can process a less claustrophobic future is to flick through the pages of his past. On “Corncob”, he’s driving around the suburbs in his late teens with friends, finding the unexpected deep under the mulch of the everyday: “Twenty minutes from your house, there are places you don’t know”; “Merlin” slips back in time a few decades, with Courtney caught up in reverie, “in the basement of my mind… on a bike in 1999.”

Courtney specialises in documenting the detritus of daily life, the moments glimpsed and somehow stored in personal memory; caught in autumn light, preserved in amber, these are recollections of “fleeting hours”, shifting weather systems, the play of the sun’s rays. Sensitive to the sensuousness of language, his lyrics seem to revel in the simple beauty of passing observation, from the revolving cellar door of “Merlin” to the pinecone held by the protagonist, sat in the back seat of the car, of “Time To Go”. They fit his melodies neatly, too, and he seems particularly attenuated to the way the sound of words sits just so within his songs.

Some of the loveliest songs on Magic Sign inhabit a strange space, where Courtney’s roots in indie-pop are elevated by surprising interjections – see, for example, the pedal and lap steel that lend “Living Rooms” and “Terrestrial” a country-flecked air. You can also hear touches of country-rock in the descending melody that opens “Exit Music”, though it quickly spins on its heels and resolves to something closer to ’80s major-label power-pop. Jangling guitars are ever-present across Magic Sign, as befits Courtney’s pedigree, but the glistening production allows them to glint and speckle, webs of melody fractalised by sunshine.

Listening through Magic Sign, though, it’s striking how often the songs hint at stasis and absence; the characters that populate the songs are paused in reflection or drifting just out of our line of sight. Architectures are bare, like the “vacant house by the sea” in “Outcome”; the next song, “Sailboat”, plays out “in a silent house”, where “ghosts are in the walls”; on “Shoes”, “we throw our sighs in vacant shoes”; “every other house is empty” in the daytime drift of “Time To Go”. It’s a situation, and a state of mind, that Courtney is particularly adept at exploring: lost to the moment, sliding in and out of focus, uncertain and vacated.